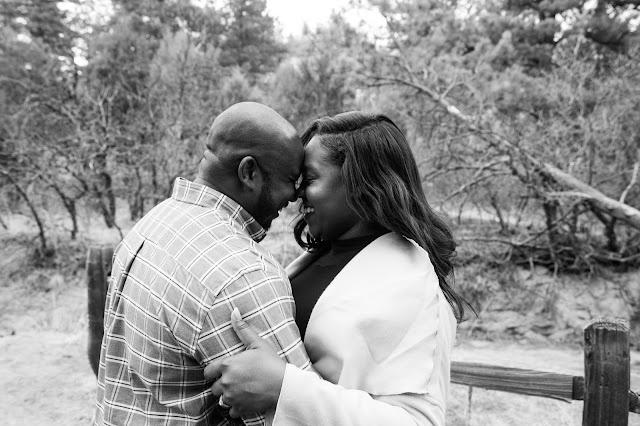 Tirrell and I already knew each other through mutual friends and family. July of 2015, a year before we started dating, I asked him to walk me down the street to where our friend’s were celebrating the fourth. He didn’t say a word as we walked (later I found out he was completely nervous and excited to be walking me). In January of 2016, I sought advice from Tirrell after a friend recommended he was a great listener and a good person to talk to. After our phone conversation, since Tirrell is a certified personal trainer, I asked him to train me and get me in shape for my birthday which was four months away. The night of our second training, Tirrell joined me for dinner (I remember I made Zucchini Lasagna). He was so surprised how good it tasted since he’s not a fan of zucchini. After we ate, we decided to go for a walk to “exercise” since we had not trained that night. The walk turned into a two hour walk where we talked about everything. He was a complete gentleman. After that night, we started going on dates of which our most memorable are the ones in St. Augustine. 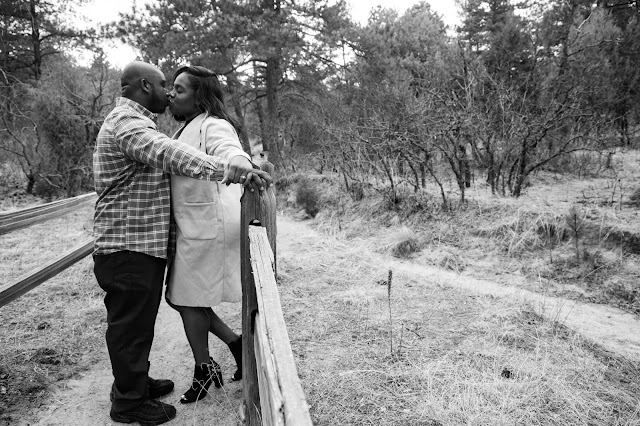 Tirrell and I decided to go to Denver, Colorado for our birthday. His birthday is one day before mine (nice way to teach me how to share). We decided to adventure to a spot where we hadn’t been. We flew out Friday morning and spent the day going to different shops and distilleries around town. Before getting in Denver, we had already set our agenda and knew where we planned to go while we were there. Weeks before we got there, T kept asking me to send him our agenda. It seemed like every week I had to resend it. This should have been a clue. Saturday morning, we began getting dressed for the day when T informed me “he booked us a photo shoot”. In my mind, “that’s odd. You don’t even like taking photos”. I didn’t go against it because I like photography and I had chose majority of our travel spots. I was just excited to see he took such effort in finding something for us to do. At first we were going to travel back to Denver to get dressed and then travel back to Colorado Springs but it was an hour and ten minutes away. We decided to bring our clothes and change wherever we could. We had brunch as Snooze where we shared a birthday pancake and then headed to Colorado Springs for a day in the mountains. First stop was Garden of the Gods, so beautiful! It was amazing to see Gods work and how beautiful he could create something. Next we traveled to Manitou Springs, where the spring water is known! Last we went to Pike’s Peak. Pike’s Peak was simply magical. On the way down, I started doing my makeup for the photo shoot in the car. We stopped at a gas station where T changed. We headed to Palmer Park. When we arrived I remember thinking, “where in the world are we going to take pictures at out here”. It was a regular park with kids and families everywhere. Here I was with this dress, heels, and a big jacket on. Shortly after, we got a call and were instructed to drive to the top of the mountain. Once we got to the top and walked to edge, I couldn’t believe how this park overlooked every mountain and park we had visited that day. I quenched when I saw how the evening was starting to set and it allowed us to look back on all that we had seen. The Photographer began to ask questions, “how did you two meet?”, “what do you like most about Whitney?”, and the trigger question “When did you know you fell in love with Whitney”. At that moment T’s demeanor changed. I remember saying “why are you so serious”. When he began to answer I couldn’t help but laugh and smile knowing that he meant every word he said. Then he got down on one knee and asked. 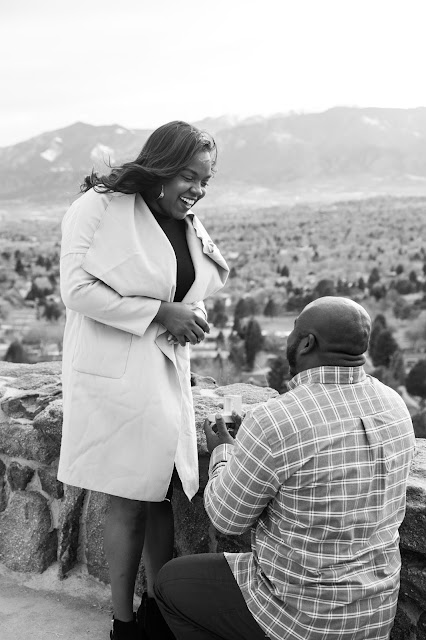 I remember asking tons of questions. “Who knew about this?”, “Does my dad know, your mom?”. Then it turned into “How’d you get this on the plane? Is this why you were so quiet at Pike’s Peak?”. It was so hard because we still had to finish our photo-shoot, but all I wanted to do was share the news. I find it most amazing how T proposed at a location that gave us that opportunity to look at all three spots at once! 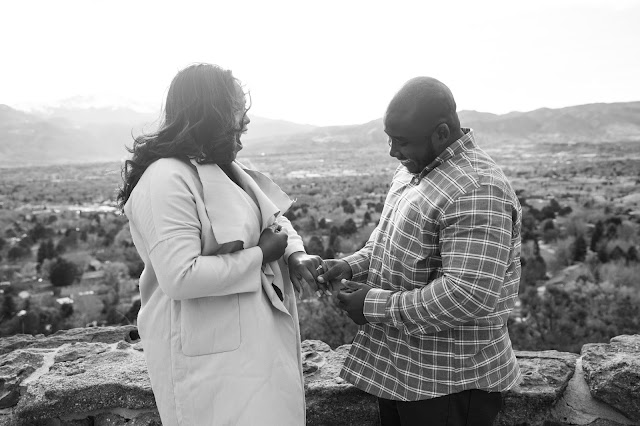 That night we went back to Denver and celebrated! 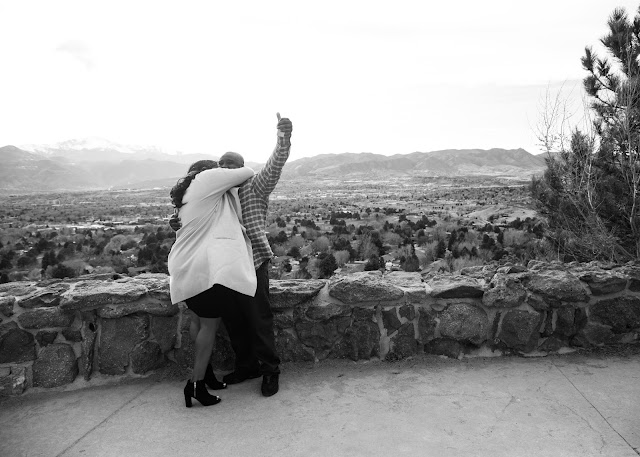 Home
>
Marriage Proposals
>
Whitney and Tirrell
Proposal Videos
Check out some of our favorite proposal videos
Ring Quiz
Find the perfect ring for you!