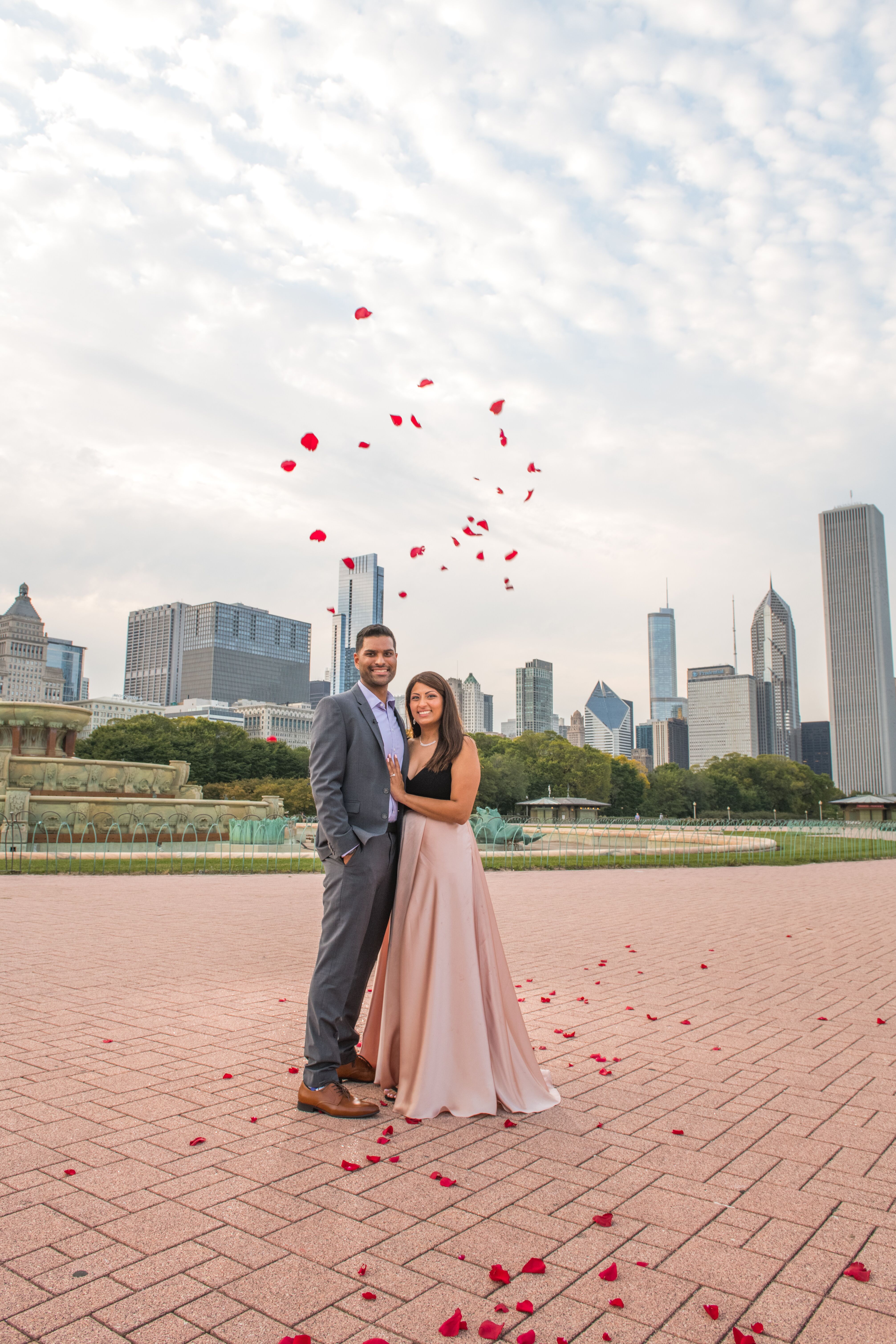 Our story is very unique, we originally met at a college party but I had not interest in him and ignored him. Turns out he lived in the same apartment as me and was in my classes and I still ignored him for months. October rolled around we met at another party and finally we talked and had a fun time talking. Another month goes by just talking and than the Chicago bears versus Green Bay packers game was on and I bet him the Bears would win (a bears fan can only hope!) and the looser has to cook the winner dinner. Of course the bears lost and I had to cook for him but instead I said we should go to the zoo to see the Christmas zoo lights and we ended up having a wonderful time and a month later we made it official!!

We have been planning on taking couple pictures for couple of year and this year was finally the year we planned it. Neel did all the planning found the photographer and even secretly got a videographer to capture the magical moment. We had a a thing that every summer since the year we started dating when we come to Chicago to go to Buckingham fountain and capture a picture together. So at Buckingham fountain, I threw flowers in the air and twirled and behind me Neel was on his knee with the most beautiful ring and asked me to spend the rest of our lives together.

Home
>
Marriage Proposals
>
Vrunda and Neel
Proposal Videos
Check out some of our favorite proposal videos
Ring Quiz
Find the perfect ring for you!