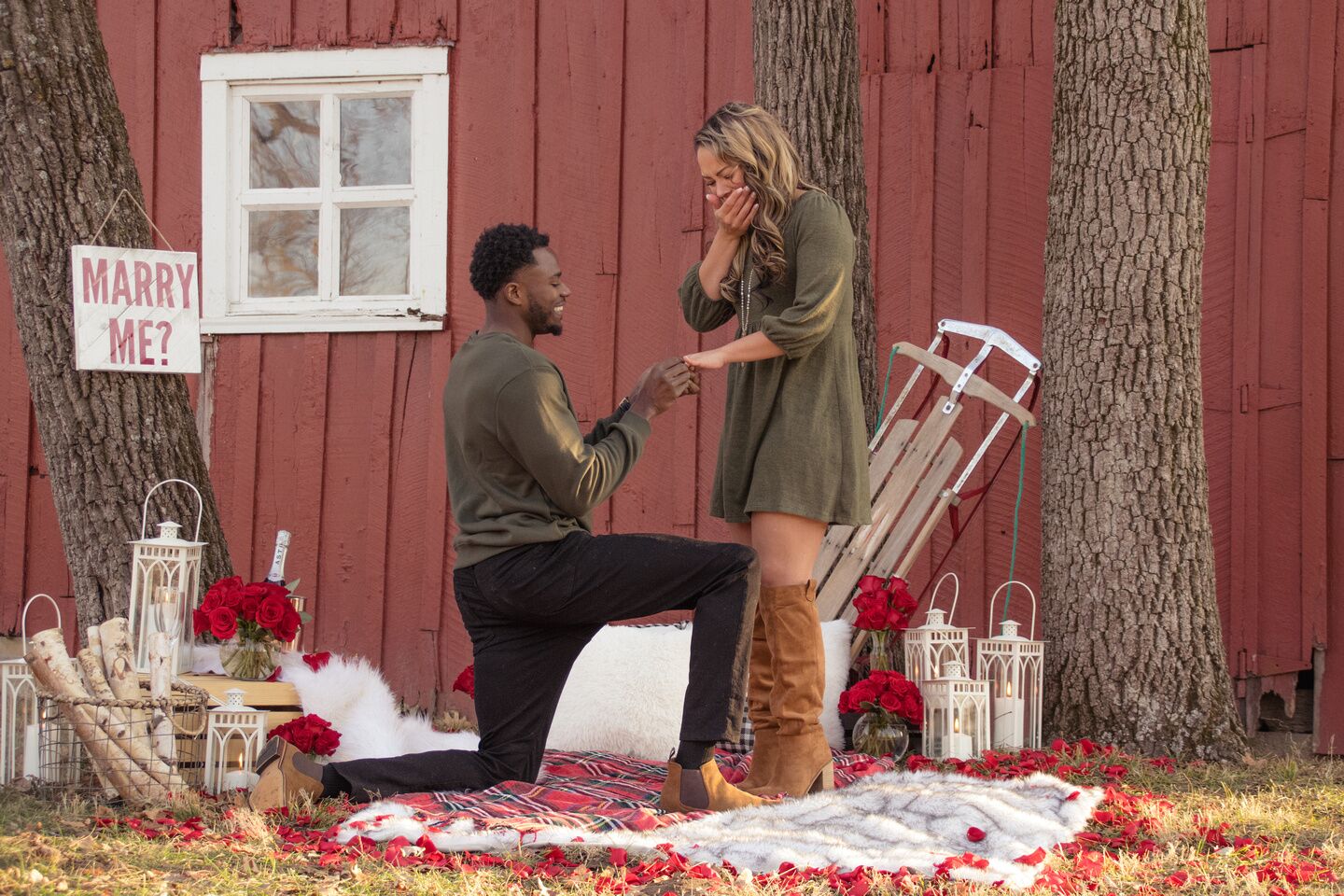 Jerrell and I met in 2016. He had just moved to Columbia from Houston Texas. Jerrell was just starting his gym (API). He was hosting his first fitness boot camp at a park in town. I was “forced” by a dear friend of mine to go and workout with her. As I was running sprints I tripped and Jerrell caught me as I was about to face plant. Embarrassingly enough I had twisted my ankle so he carried me to a nearby bench. Jerrell fetched me some ice elevated my foot and checked on me for the rest of the workout. The workout ended as I was sweaty and injured Jerrell said that he would love to have my number and to take me out sometime. That is when we forever began.

Jerrell scheduled family pictures for our family of 4. I was taking some individual pictures Jerrell went behind a red barn. As I walked over to the barn and rounded the corner Jerrell was waiting for me on one knee.

Home
>
Marriage Proposals
>
Victoria and Jerrell
Proposal Videos
Check out some of our favorite proposal videos
Ring Quiz
Find the perfect ring for you!