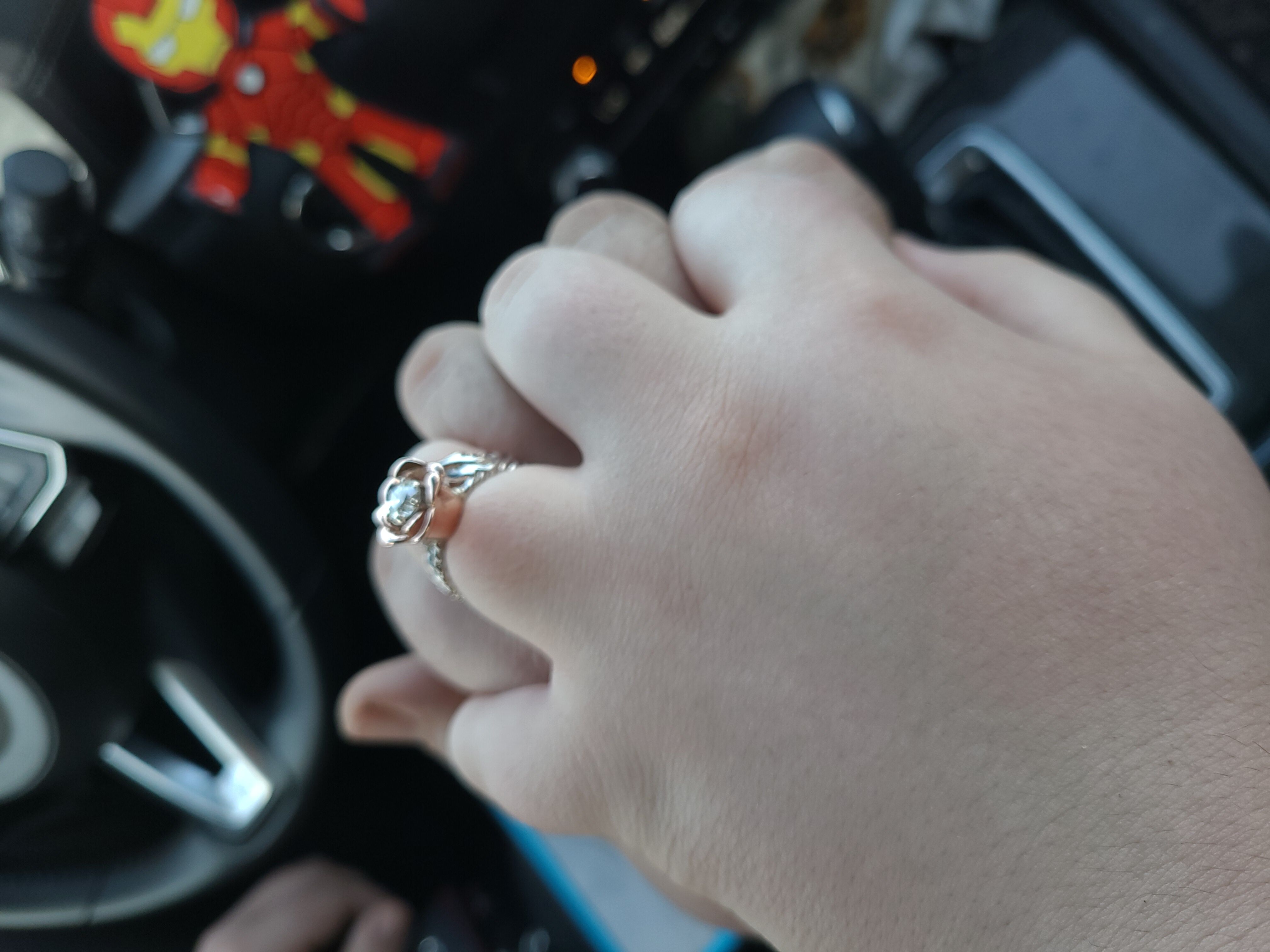 We met while working at Walmart. He was a department manager and I was an overnight support manager. We’ve been together for 4 years.

I and him were out playing Pokemon Go at 1 am since there has been nothing to do during these Covid times. We were driving around when he parked the car and got out all of the sudden. I was tapping away at my phone, fighting a team rocket grunt, while he came next to the passenger side of the car. Once my battle was over, he was bent on one knee with the most gorgeous ring I had ever seen in his hand and looking right at me. He asked me to marry him and I just wrapped my arms around him saying yes over and over, balling my eyes out. He told me later he was supposed to wait until Saturday where all our family could see, but then he realized he wanted my genuine reaction and he knew I’d try to hide my tears in front of them. He said that he’ll never forget that face I made and it’s his alone to remember.

Home
>
Marriage Proposals
>
Veronica and Ronald
Proposal Videos
Check out some of our favorite proposal videos
Ring Quiz
Find the perfect ring for you!