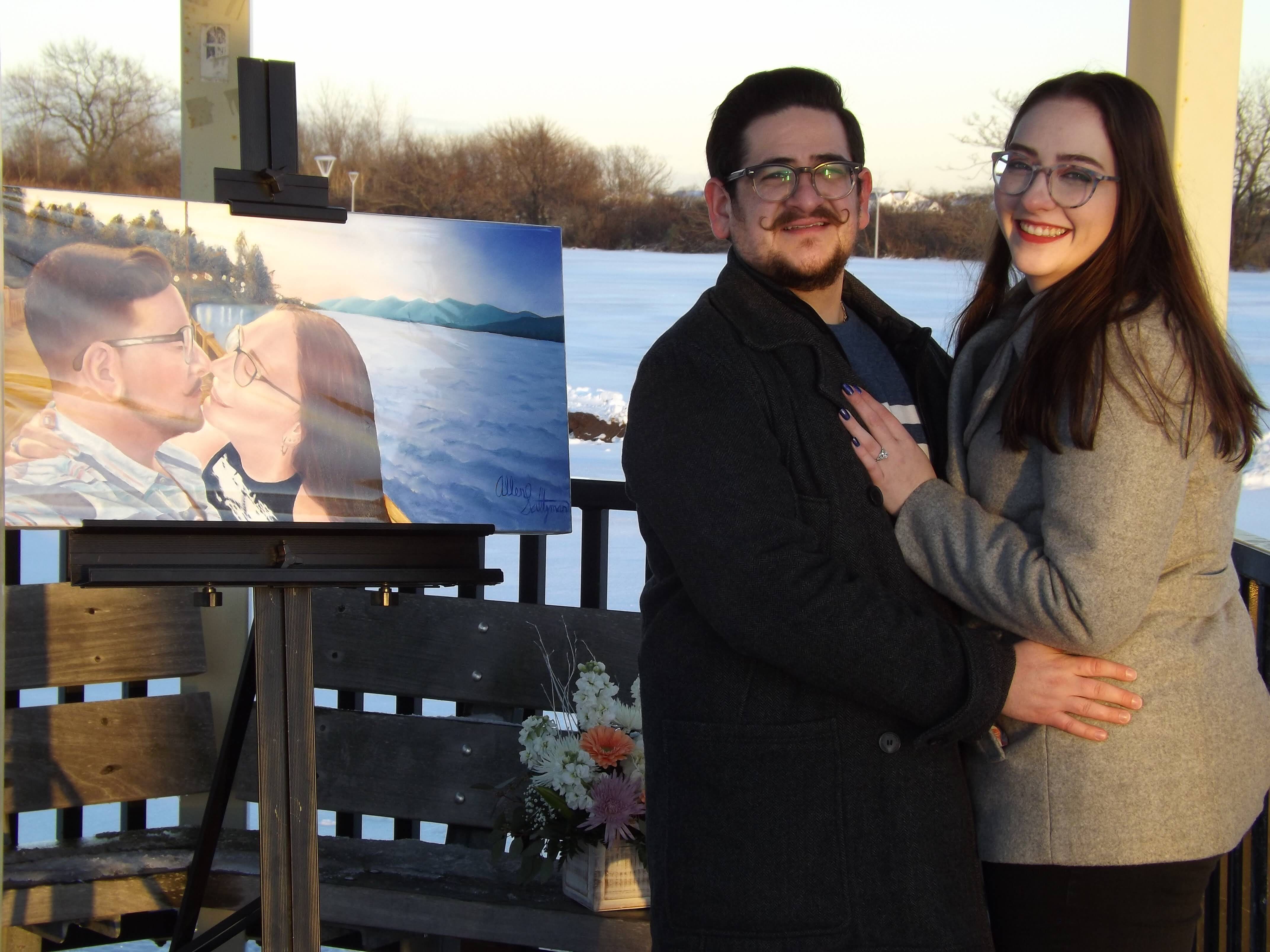 Allen and I met on our first day of classes in our last semester of college. We had a class together and on the first day our professor created random groups for a group project and we got grouped together. We were acquaintances from both being in a cappella groups at our college but we officially met that day. We eventually realized that we had a lot in common and he asked me out a few weeks later! Fun fact: Allen broke his knee while skiing on the morning of our first date! We still hung out that night and we’ve spent almost every day together since.

Allen and I had planned on a fun day of adventures for the last day of Hanukkah. We planned on going to a winter village on a farm, but then we got a huge snowstorm. I figured our plans were just canceled, but Allen asked me if I wanted to go to my favorite park near our house for a fun winter photoshoot once the snow stopped. I got all dressed up while Allen went out to “run errands” before we went to the park. He picked me up and we get to the park which is completely covered in snow. Part of the park overlooks the ocean and there are a few gazebos in that area, so Allen took me to one of the gazebos. He had set up some flowers and an easel covered in a tarp in the gazebo. He uncovered the easel and it had the most gorgeous oil painting that Allen painted himself. Then he got down on one knee and proposed. The sun was just about to set and there was no one else in the park because of the snow. It was the most romantic moment I could ever imagine, and of course, I said yes!

Home
>
Marriage Proposals
>
Traci and Allen
Proposal Videos
Check out some of our favorite proposal videos
Ring Quiz
Find the perfect ring for you!