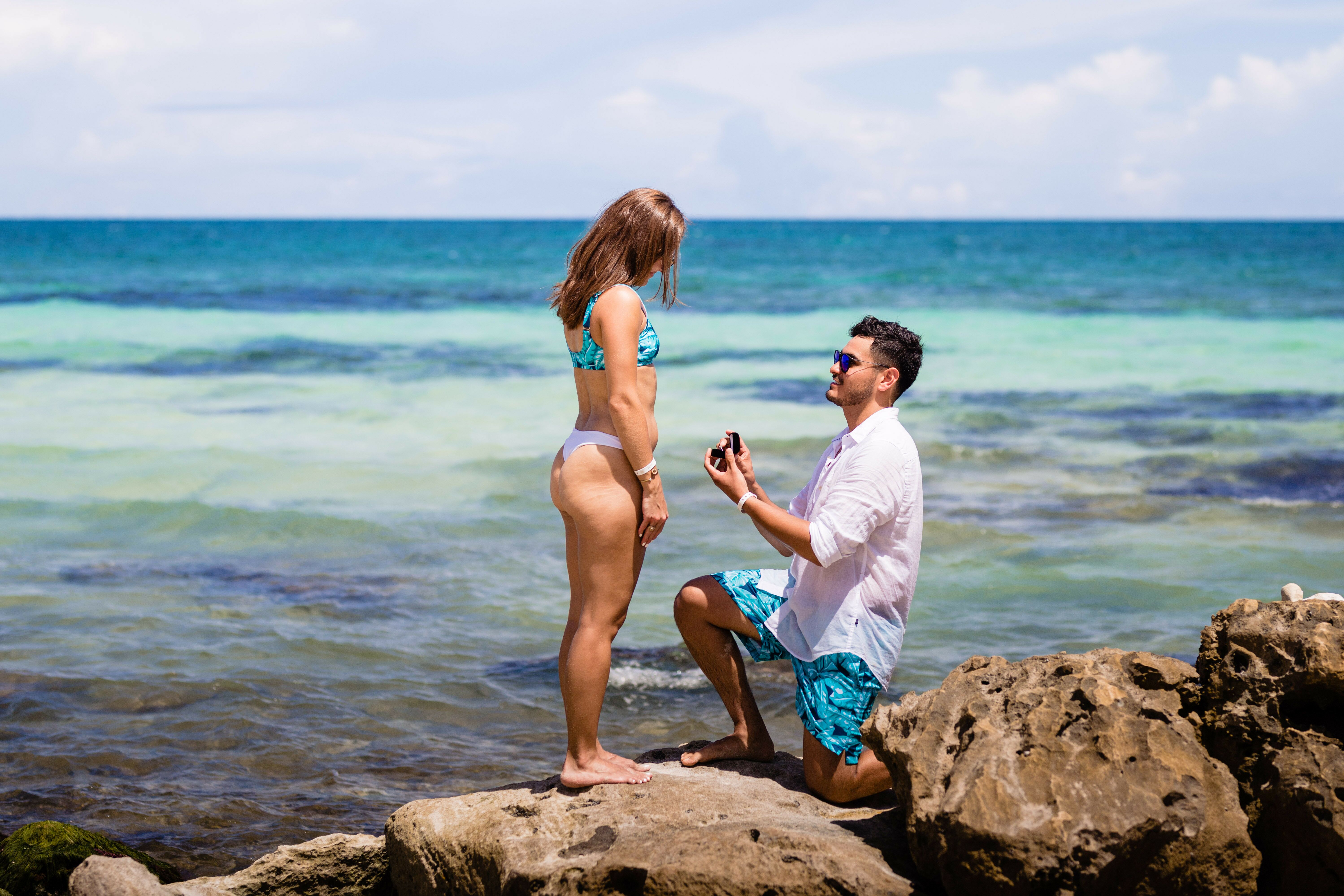 We meant in Austin, Texas through mutual friends. I was going to school at UT Austin and a few friends asked if I wanted to play intramural soccer. I played soccer back in high school so I agreed. We decided to meet at one friend’s apartment before carpooling. The moment I saw him at the door I knew I would marry him. We became friends and not much longer after that, we began dating. Little did I know that that was the beginning of our forever relationship.

I had booked a fun couples photoshoot in Tulum since I absolutely love creating scrapbooks. He took advantage of this photo session and during the last 5 minutes helped me climb up and get on this huge rock next to the beach. The weather by the way was beyond perfect. He grabbed my hands, looked me in the eyes and said “You know I love you right?” I nodded my head not thinking much about it. He then dropped on one knee and asked “Will you marry me?” Of course I said yes. How could I not after 7 years together! And in his hands was the most beautiful princess cut ring which ended up being an exact fit. It was truly a dream proposal.

Home
>
Marriage Proposals
>
Tiffany and Kevin
Proposal Videos
Check out some of our favorite proposal videos
Ring Quiz
Find the perfect ring for you!