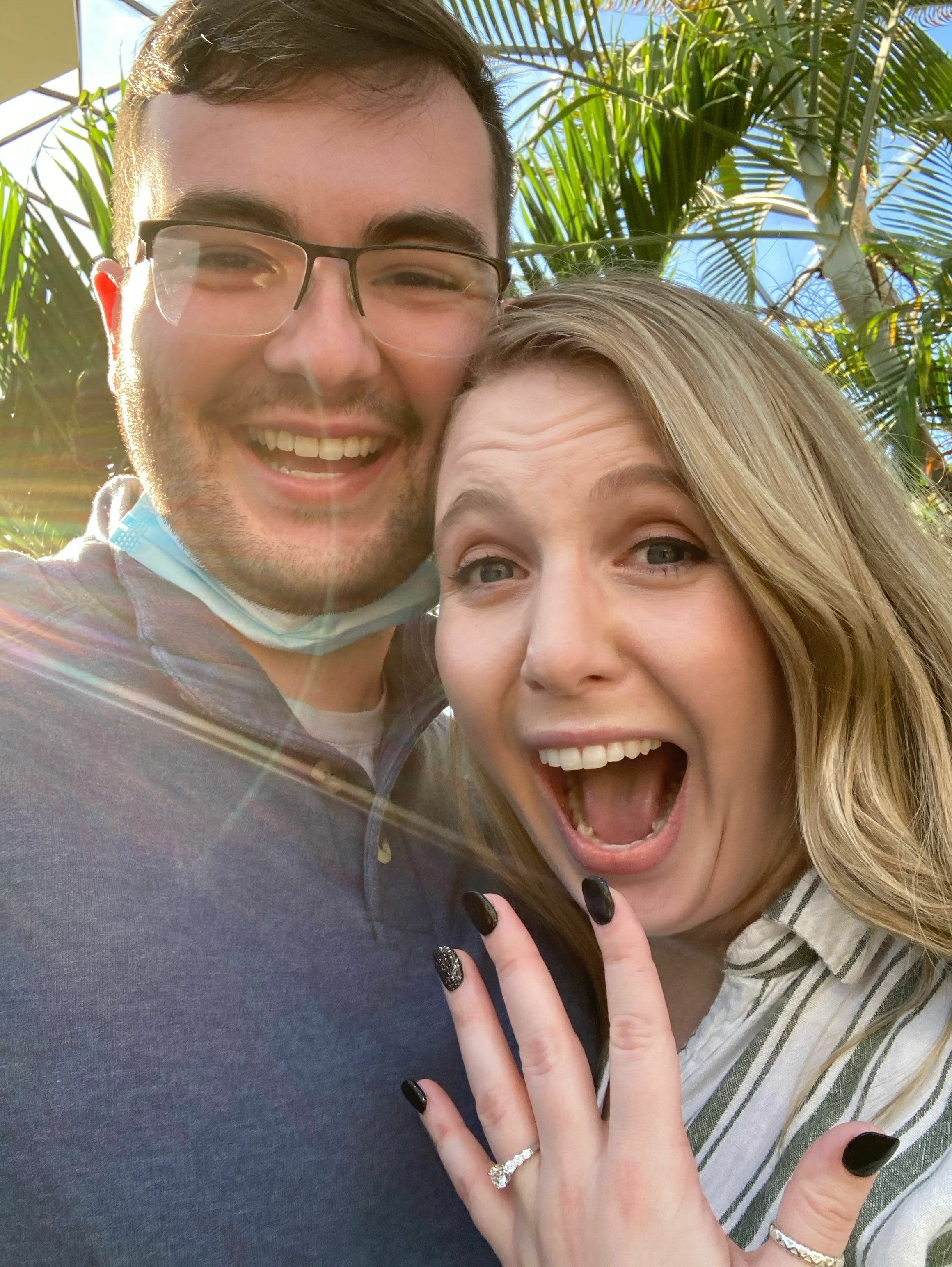 Matt and I met when I was a junior and he was a sophomore in high school. We met at marching band, where he played trombone and I played clarinet. I had no business always being around the trombone section, but there I was attempting to flirt. We also had math classes together, where Matt always copied off me! We stayed friends through high school and college until finally meeting up for drinks in May 2019. That night something clicked and we stayed out until 2 am talking… and kissing. Two months later Matt moved to Des Moines and 3 weeks before the pandemic Matt and I moved in together. After 9 years of friendship and a year and a half of dating he proposed.

Matt asked at the botanical gardens in Des Moines. It was the first time we went there and Matt was having a great time looking at the plants. We actually saw another couple get engaged and Matt asked to walk around again! At the top of the waterfall Matt proposed, I almost thought it was a joke at first since he had teased me about it so many times. He pulled out the ring and I said, “is this real life?” I cried and laughed and my hand was shaking so bad he had a hard time getting the ring on. After going outside to cool off, Matt said, “Well was that a yes?” I laughed and told him he actually never asked me! He did ask then, and of course I said yes!

Home
>
Marriage Proposals
>
Taylor and Matt
Proposal Videos
Check out some of our favorite proposal videos
Ring Quiz
Find the perfect ring for you!