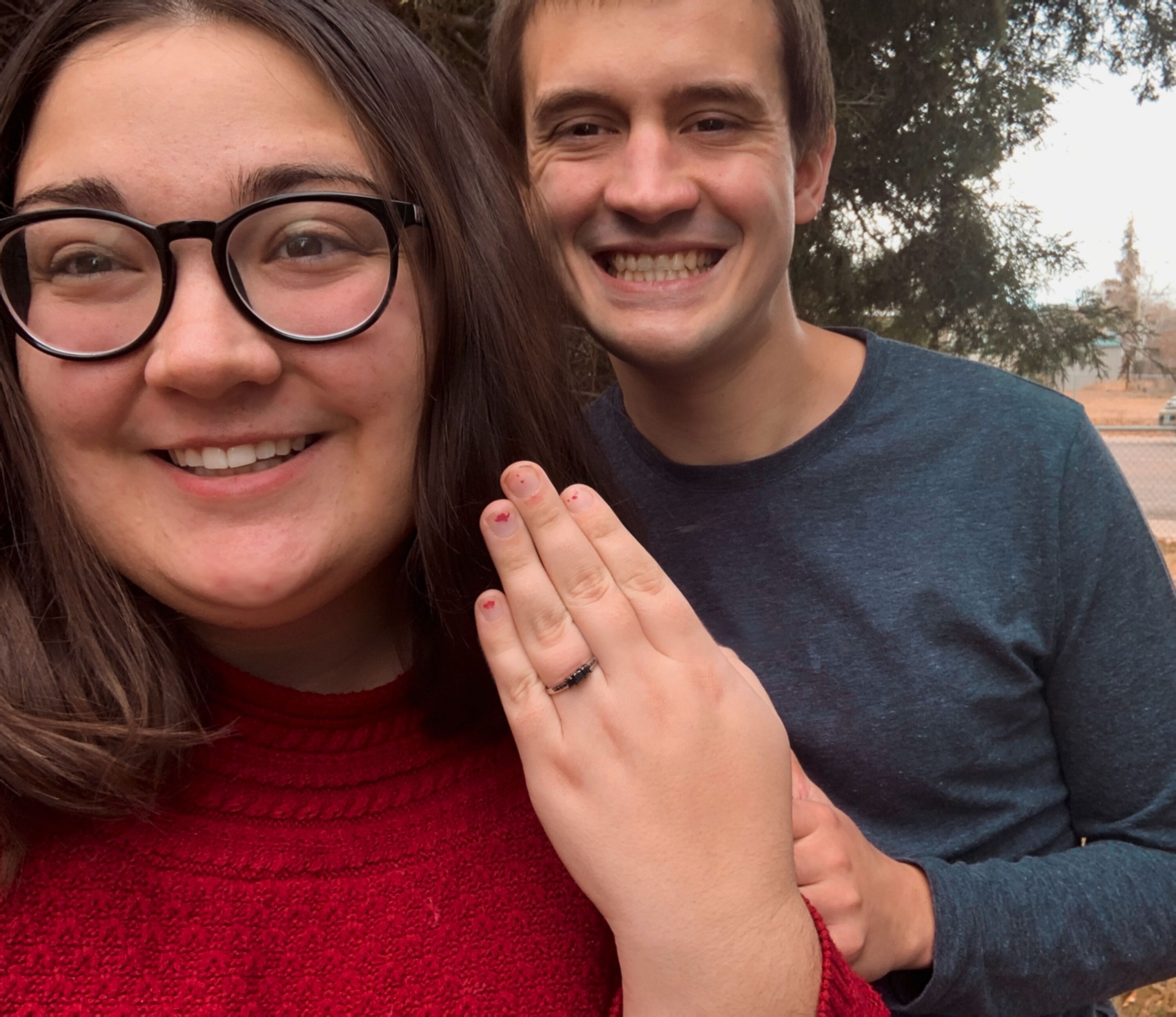 My partner is from Seattle, and I’m from Boise, ID. We both somehow wound up in the beautiful town of Laramie, WY to attend the University of Wyoming. We lived in the same student housing apartments, and occasionally bumped into one another at get togethers, the mailroom, etc. He saw me at a party early in the semester and asked for my number. Since I didn’t want to give some random person my number, we added eachother on Snapchat (modern romance at its finest). After a few months of talking and a few “is this a date or just a hangout with a friend?” Hangouts, we became official.

On our 3 year anniversary, we decided to go out to eat for the first time in almost nine months (hello quarantine). We went to our favorite local steak house, per our usual anniversary/Valentine’s Day tradition. After gourging ourselves on ribs and steak, I suggested going to a local candy shop to pick up some of their unique sodas. Not on to turn down candy, my fiancé surprisingly said he’d rather go home. After some convincing we made a quick stop to get soda then headed home. When we got home, there was a table with pictures of us (electric) candles, and a note. The noted read some cutesy romantic stuff, and ended in a question. That question started a scavenger hunt. after going to my favorite movie, one of our first pictures together, our car, and a tree in our front yard, it lead me to a stack of paintings. During quarantine, we picked up the hobby of painting. We’ve probably painted at least 50 pieces between the two of us over the last few months. The last clue insisted I look at the paintings. Since the other clues were in an envelope, I was looking at the back of the frames to find the last one. When I said there wasn’t one there, he looked stressed out and said to look again. As I flip through the paintings again, I drop one. As I pick it up, I turn to him and apologize for dropping one of his paintings. When I look at the painting I dropped, it read “will you marry me, Taylor?” I, of course, said yes. We finished the night watching our favorite movie, the Nightmare Before Christmas.

Home
>
Marriage Proposals
>
Taylor and Jordan
Proposal Videos
Check out some of our favorite proposal videos
Ring Quiz
Find the perfect ring for you!