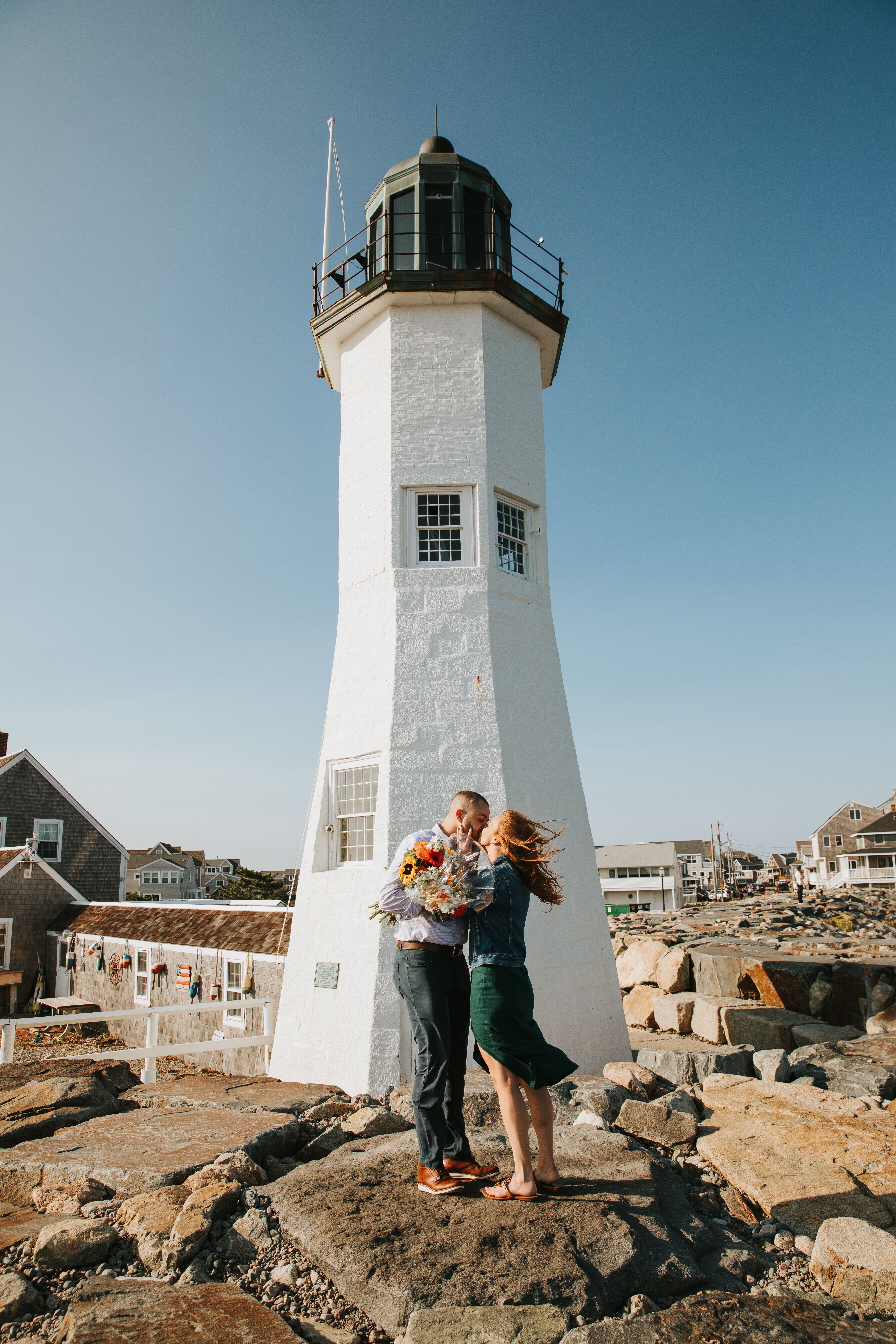 We met at Regis College.

He set it up 2 months ago and got everyone involved. He told me her was reffing down where I live.. which he refs hockey a lot so not a far stretch. My grandparents were came down for my step dads birthday that just past and we were going to dinner for my graduation. I was told to dress up because my grandparents wanted a nice picture. We went to the restaurant and were told they had to sanitize the place so my grand mother said I have never been to the light house can we go. So we drove down and I went up and Breandan and a photographer were waiting on the other side of the light house. The light house a live stream so family could watch. His immediate family and mine could see from down the road and they all came over once he proposed. We went back to my parents and some one family and only a couple friends were waiting. There were a lot of happy tears.

Home
>
Marriage Proposals
>
Taylor and Breandan
Proposal Videos
Check out some of our favorite proposal videos
Ring Quiz
Find the perfect ring for you!