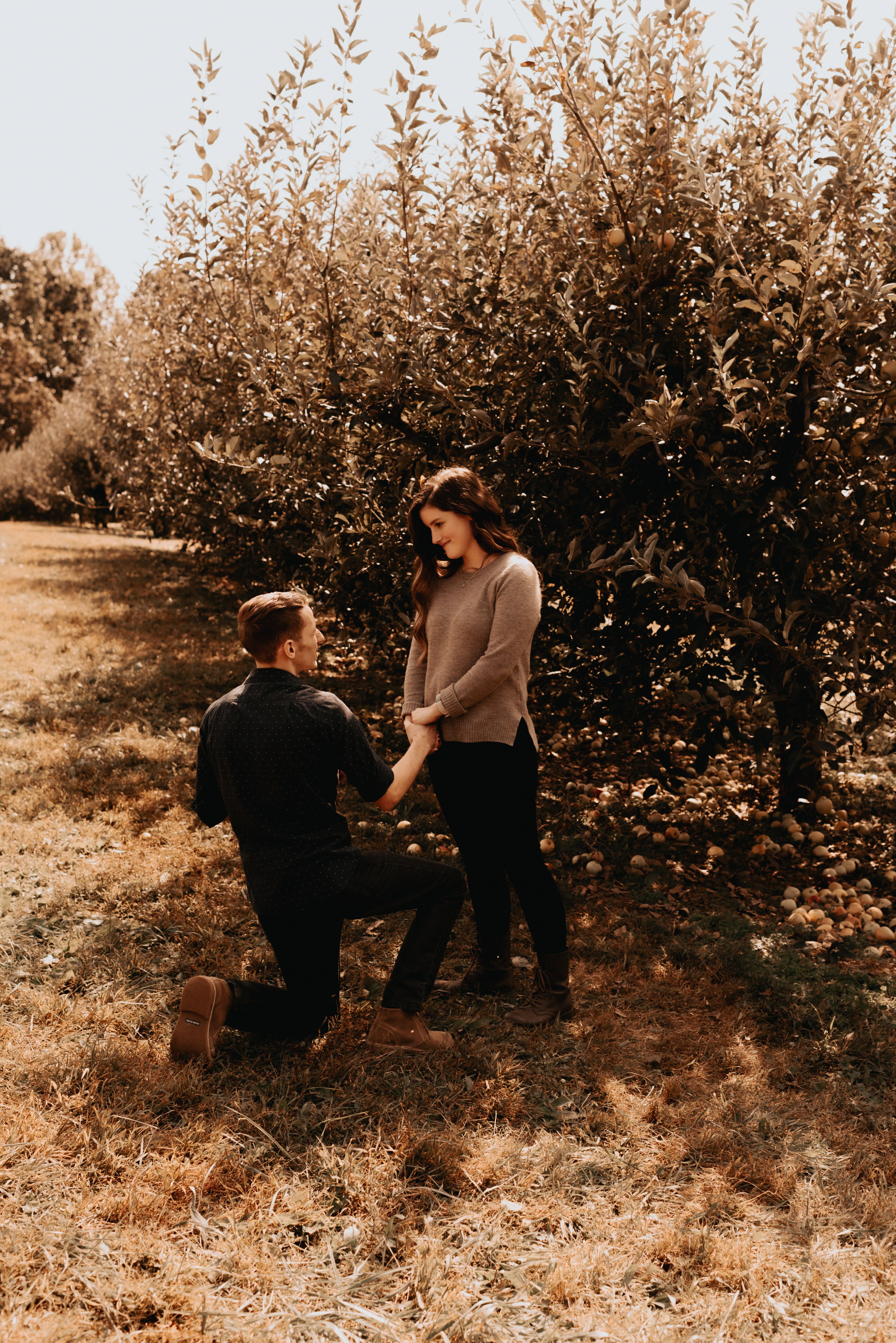 We’ve been in the same schools together since 3rd grade (for the bride) and 4th grade (for the groom), but we never knew each other. In college, Andrew had to change majors which caused him to take a fifth year and move down to some classes with my year of students. We started becoming close my junior year, partnering up in several classes and even going on a spring break trip to Italy with one of our art history classes. By the beginning of senior year, we were best friends, and he finally asked me to be his girlfriend after the homecoming dance that fall.

I (the bride) am the planner of the relationship, so Andrew had to figure out a way to plan a proposal without me catching on. He knows I love to enter giveaways, so he set up a photography “giveaway” that I was always going to win. After I “won,” I thought the whole thing was my idea! I had been talking about wanting to go to SkyTop apple orchard this fall, and look at that – I had won a photo shoot at SkyTop! That day, little did I know that Andrew was so nervously driving, and we met the photographer there. We found a nice spot to start picking apples and taking pictures. Part of the way through, she prompted me to lead Andrew away to one of the trees. As I was turned around and reaching back holding his hand, he pulled out the ring, got down on one knee, and I turned back around. He then said that he loved me with his whole heart and asked me to marry him. The easiest yes!

Home
>
Marriage Proposals
>
Taylor and Andrew
Proposal Videos
Check out some of our favorite proposal videos
Ring Quiz
Find the perfect ring for you!