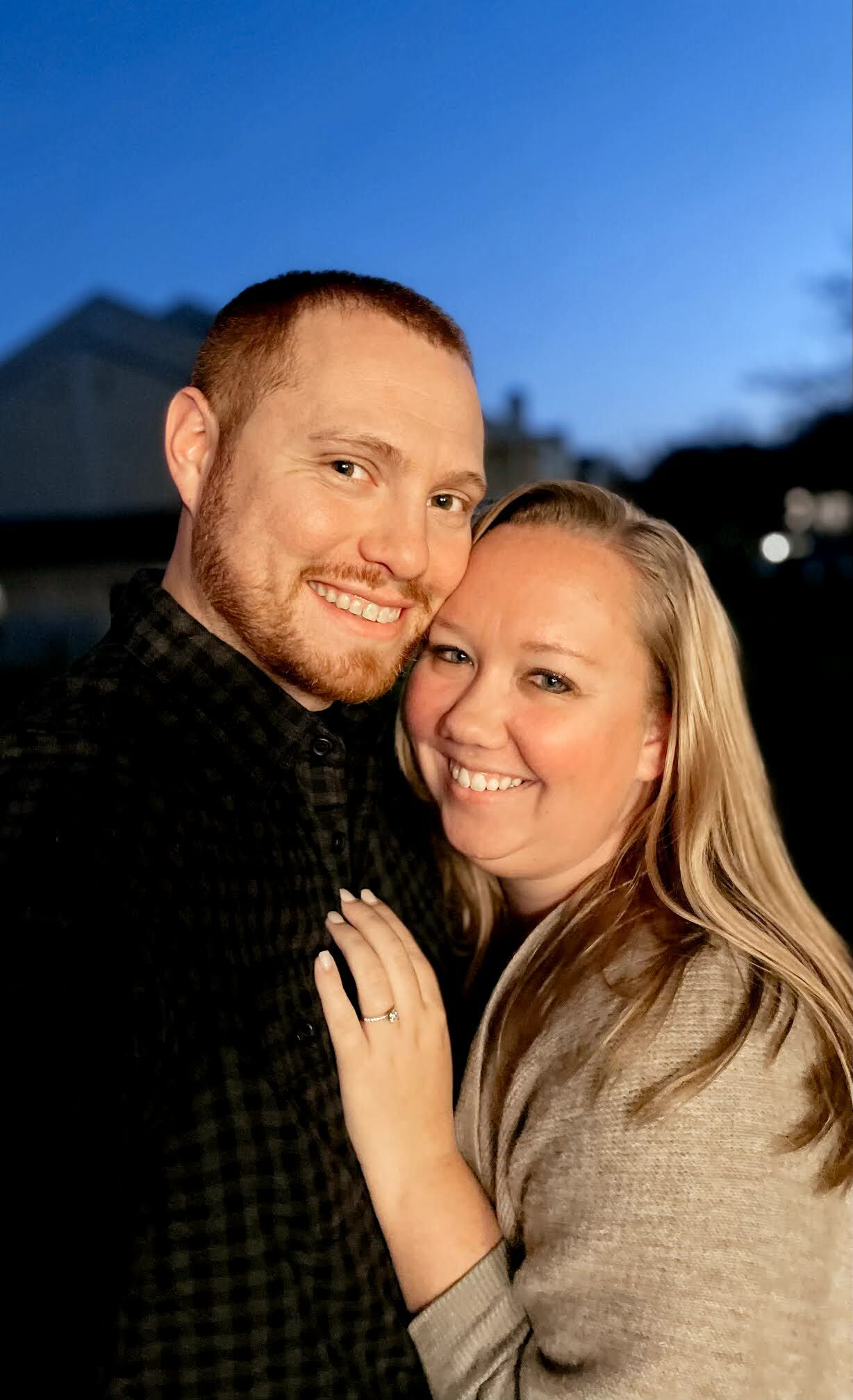 We met while working in the Operations Department at Sesame Place in Langhorne, PA during the Summer of 2011. We met at a leadership training and became friends from there through working many shifts together. I was actually friends with his sister first! I wanted us to become friends first, so we didn’t officially start dating until January 1, 2012. We did long distance for about a year and a half while I was at Penn State, and then moved in together in September of 2016.

A few days before the proposal, Alex asked me if I wanted to try a new breakfast spot, saying that he had been there as a kid and wanted to take me there. Unbeknownst to me, it was (part of) a ploy to get us closer to where he proposed! After breakfast, he asked me, “Do you want to take a field trip?” and I said “Sure!” I didn’t really think anything of it at the time. I knew we were near the Bristol Wharf (which was where we went after our first date) and was actually going to ask if we could go there. When we got there, we noticed that they had built this really beautiful pier and dock for boats; it was not like that 8 years ago! We were standing on the pier and he was waiting for the people around us to leave. Then he was talking about how it had been 8 years and 8 months since we had been there after our first date and that his love for me had only grown from then. He then said, “I didn’t just bring you here to reminisce, I brought you here to do this” and got down on one knee! I was so shocked, I actually asked him if he was serious! I had absolutely no clue. I said yes to the love of my life and the man of my dreams that day. It was perfect.

Home
>
Marriage Proposals
>
Taylor and Alex
Proposal Videos
Check out some of our favorite proposal videos
Ring Quiz
Find the perfect ring for you!