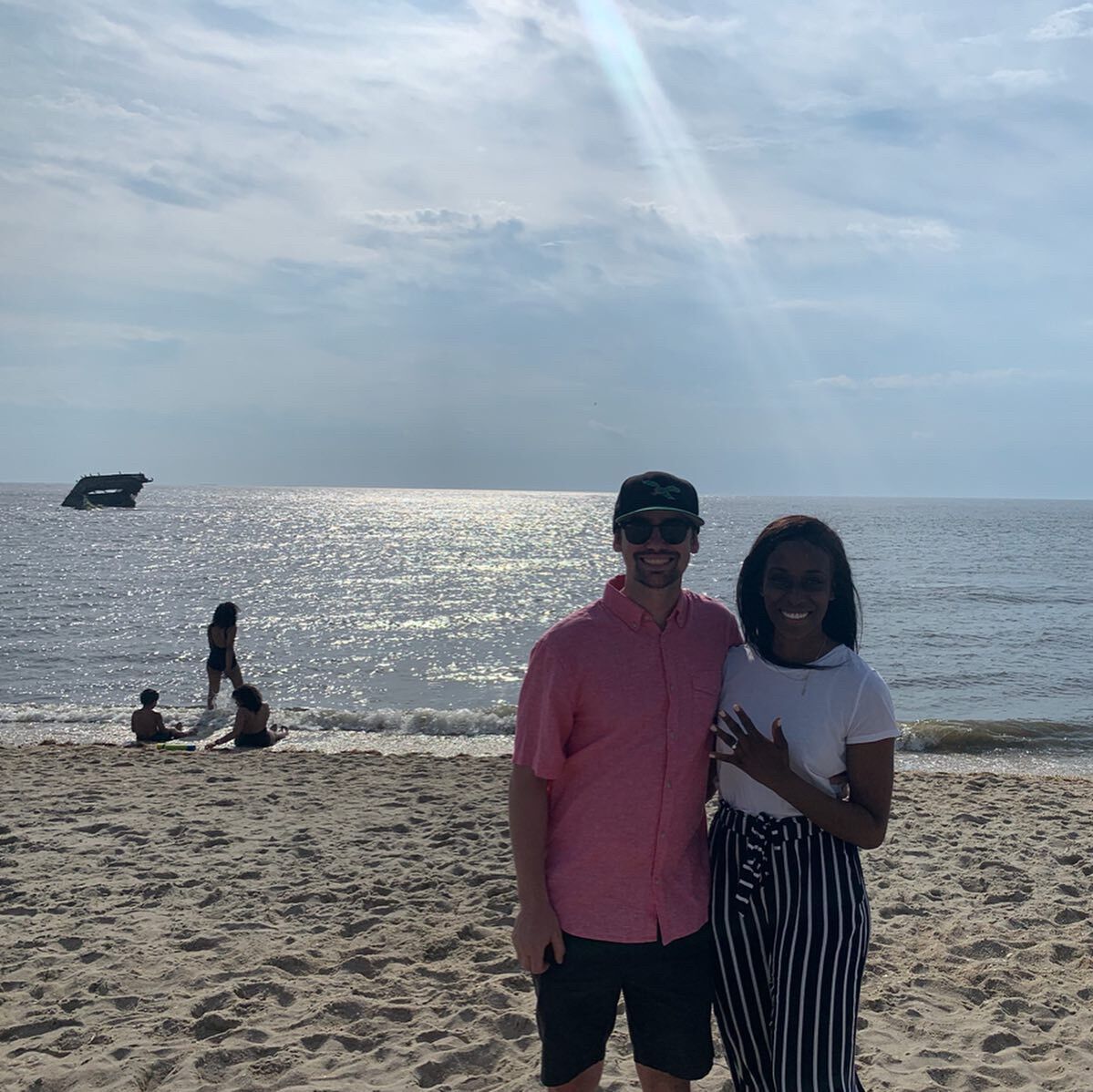 Suzanne and Michael first met in 2012 when he had an interview at a small restaurant called As fate would have it, the interviewer just happened to be Suzanne, and Michael must have made a good impression, because she hired him on the spot. Michael’s best man, Connor was working there at the time and might have put in a few good words for him seeing as he had no bartending experience. Suzanne went with her initial instinct, and over the next year created a great professional relationship with Michael. Suzanne would often call Michael into the office to help her find a man on OKcupid being as though they were both single at the time. Michael took this opportunity to shoot all the would-be candidates down, saying she was too good for them. Eventually, Michael mustered up the courage to ask Suzanne to hang out outside of work and the rest is history. Now, after almost 6 years of dating, Suzanne and Michael are tying the knot!

He asked on the beach! As we were walking along the beach he asked someone to take a photo of us!

Home
>
Marriage Proposals
>
Suzanne and Michael
Proposal Videos
Check out some of our favorite proposal videos
Ring Quiz
Find the perfect ring for you!