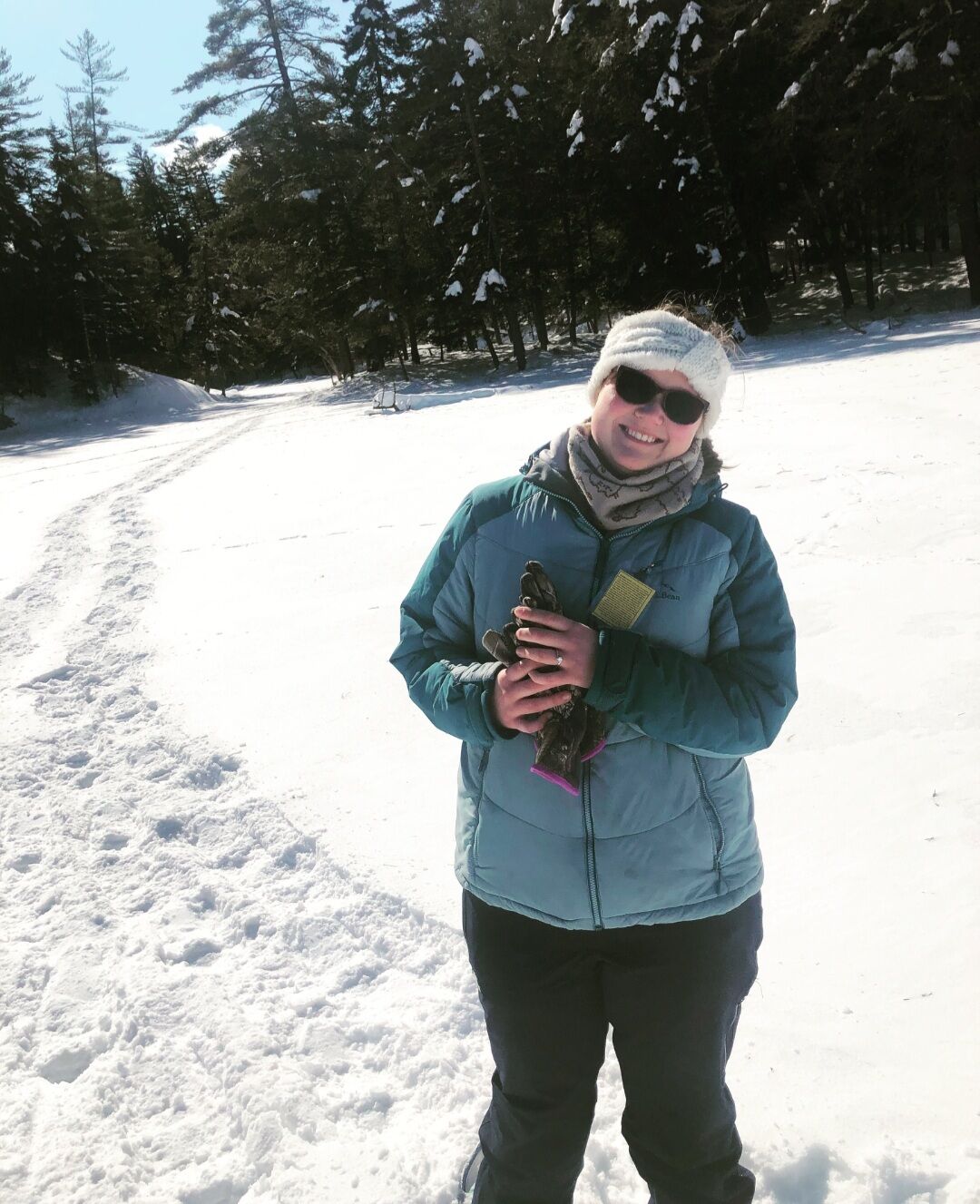 We met my first year in college. I was carrying my violin across campus when he came up behind me and startled me by walking beside me. He stopped me to ask some questions and invited me to join the school music club, which I was going to do anyway. Later at the meeting, we were talking about doing a bake sale when I mentioned that I love to make cheesecake. His response to that was “Marry Me!”

Four years after we met, we went snowshoeing on one of my favorite trails at the nature center we worked at. We snowshoed out to the middle of the pond there. He handed me a small folded piece of paper with writing and stick figures. During school, we used to leave these folded papers in random places for each other as pick-me-ups. They’d have little messages of love and encouragement. This one highlighted the highs and lows of our relationship, with the paper opening up saying “So I have a question for you”. I turned around and he was kneeling in the snow with the ring in a box that had a moose on it.

Home
>
Marriage Proposals
>
Stephanie and Jesse
Proposal Videos
Check out some of our favorite proposal videos
Ring Quiz
Find the perfect ring for you!