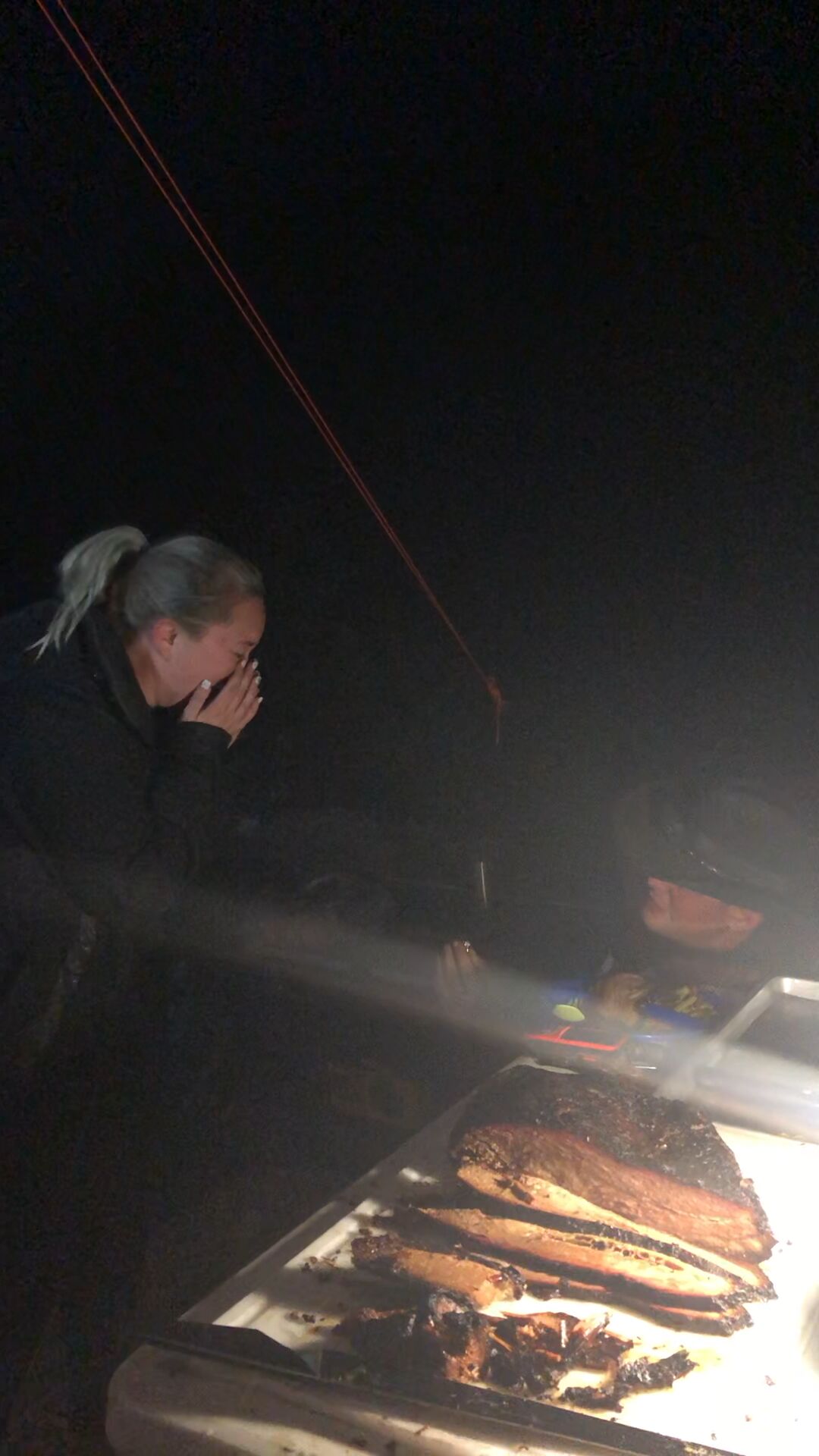 We were on a youth group conservation trip. Everyone who was there knew except for me. Alex had spent the whole night before smoking a brisket. New Year’s Eve, everyone gathered together to enjoy the brisket. After everyone was served, Alex walked away with his boss. I had assumed it was for a conversation, but I found out later his boss had been holding on to the ring the whole time and went to switch it to his pocket. As we were all eating, Alex showed up with his boss in tears. He walked right over to me and said “Will you..?” and that was about all he could get out. I said yes, and the rest was history. Because the conservation trip happens every year over New Year’s, we will always be able to relive the memory of when and where he asked.