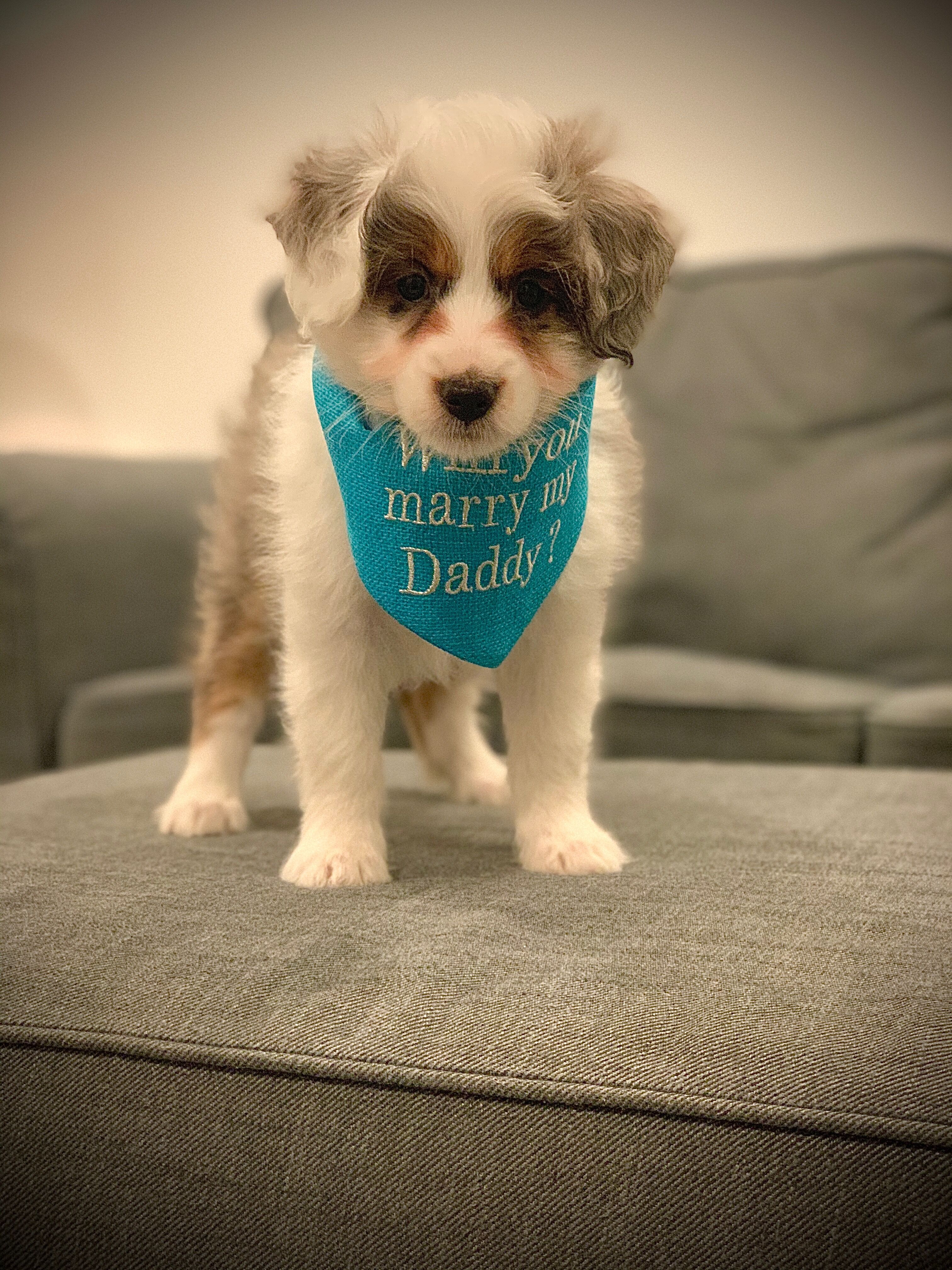 Kurt and I met over Memorial Day weekend in 2016 when we were set up by friends while at the beach. We hit it off that weekend and afterwards continued chatting via text, as I lived in Philadelphia and he lived in NYC. We started a long distance relationship until 2018 when I finally convinced him to move in with me in Philly!

Kurt has been wanting a puppy ALL his life. The past year he has been non-stop talking about finally pulling the trigger and getting one. He researched and unfortunately we had several puppies fall through. Finally we found our little Harley down in VA. Kurt had his mom sew a bandana to put on the puppy saying “will you marry my daddy”, so when the breeder brought her out I was holding her and Kurt said, “oh look, the puppy’s bandana says something”, followed by him getting on one knee and saying “…well will you?”. So I got a puppy and a ring all at once!!

Home
>
Marriage Proposals
>
Staci and Kurt
Proposal Videos
Check out some of our favorite proposal videos
Ring Quiz
Find the perfect ring for you!