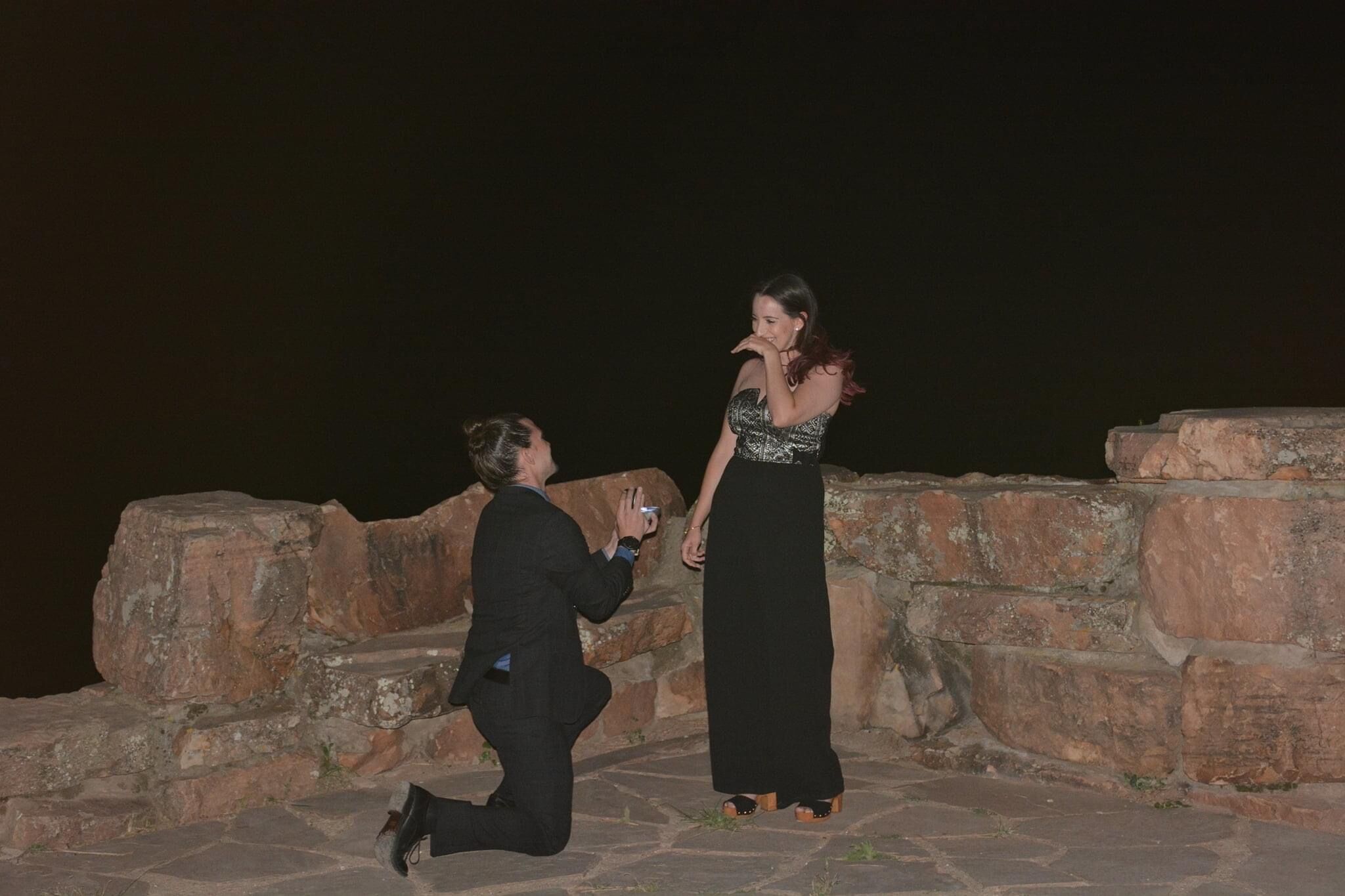 Alan and I met in Stowe Vermont in 2015! He had just graduated college and I was home from college for the summer. I started working at the same restaurant as Alan, both servers, for the summer. We met on his birthday on May 22nd! I was getting ready to study abroad for a semester and not looking for anything with anyone. He proved to be irrefutable and we’ve been together ever since! We later found out both of our childhood best friends were cousins and that we definitely had met in the past as kids but had no idea and didn’t remember each other at all!

Alan asked me to marry him on our 5 year anniversary! We were not able to go home to Vermont (the green mountain state) this summer due to Covid. We are extra cautious due to Alan having cystic fibrosis. So he proposed after our anniversary dinner on flagstaff mountain, with green mountain in the background. It was as close to “home” as he could get for the proposal. It was a total surprise and he even had his friend taking pictures for us, with a bottle of champagne waiting!

Home
>
Marriage Proposals
>
Shannon and Alan
Proposal Videos
Check out some of our favorite proposal videos
Ring Quiz
Find the perfect ring for you!