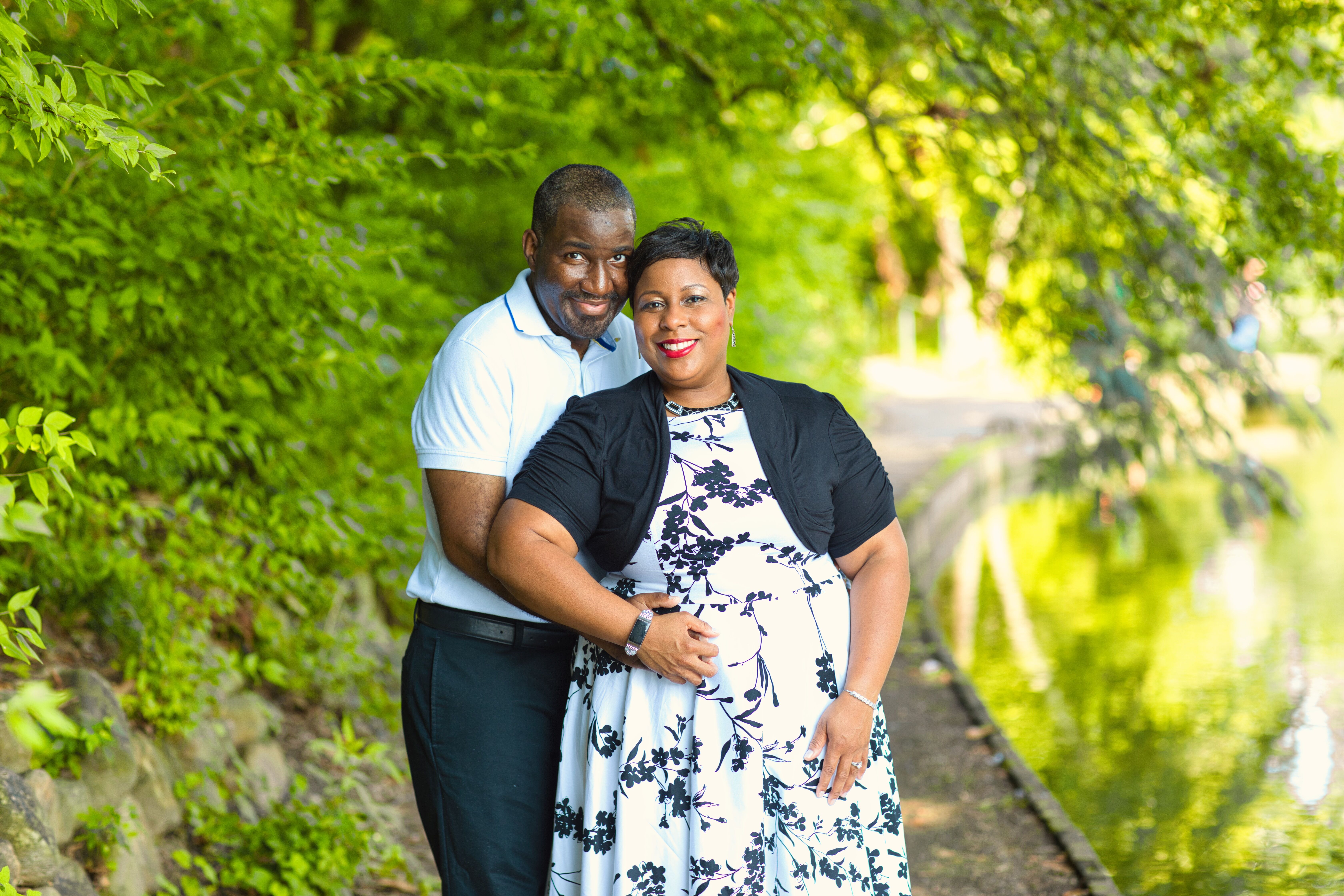 We met online as we are two professionals that don’t get out too often. Once we got to know eachother a little more, we both admitted to eachother that this was going to be the last try for while as we were both ready to retire our accounts. Jay posted his name, where he was from, and that he dressed like a grown man is supposed to! I thought to myself, “not a lot of info, but he already sounds hilarious! I think we could have a good time talking.” We talked via chat for a couple days, and it wasn’t before long that we were talking on thephone, and then in person. Found out we lived in the same city twice at the same time, and never met eachother before (until now!) Lots of joyous conversations were had, great times spent, and now here we are! Soon we will continue on the great journey of “Us” when we say “I do!”

In these COVID times, all traditional proposals seem to go out the window. No fancy restaurant, no big party with all our friends and family present, no jumbo tron at our favorite sporting event. Jay thought out of the box, and I thought it was remarkable. We were in the beginning phase where everyone had to be quarantined. At this point all communication with friends and family were via zoom. In our weekly tradition of zoom meeting, I noticed we had a lot more family present which was great! ( didn’t think anything more of it). All of sudden the end of our session was approaching (45 minutes went fast!) Jay started talking to the family and thanking everyone for coming, turned to me, and proposed!! I had no idea, but all my family knew this was happening! We had family from across the state and in other countries celebrate with a champagne toast as he popped the question. Definitely a proposal to tell the grandkids about!

Home
>
Marriage Proposals
>
Serita and Jimmy
Proposal Videos
Check out some of our favorite proposal videos
Ring Quiz
Find the perfect ring for you!