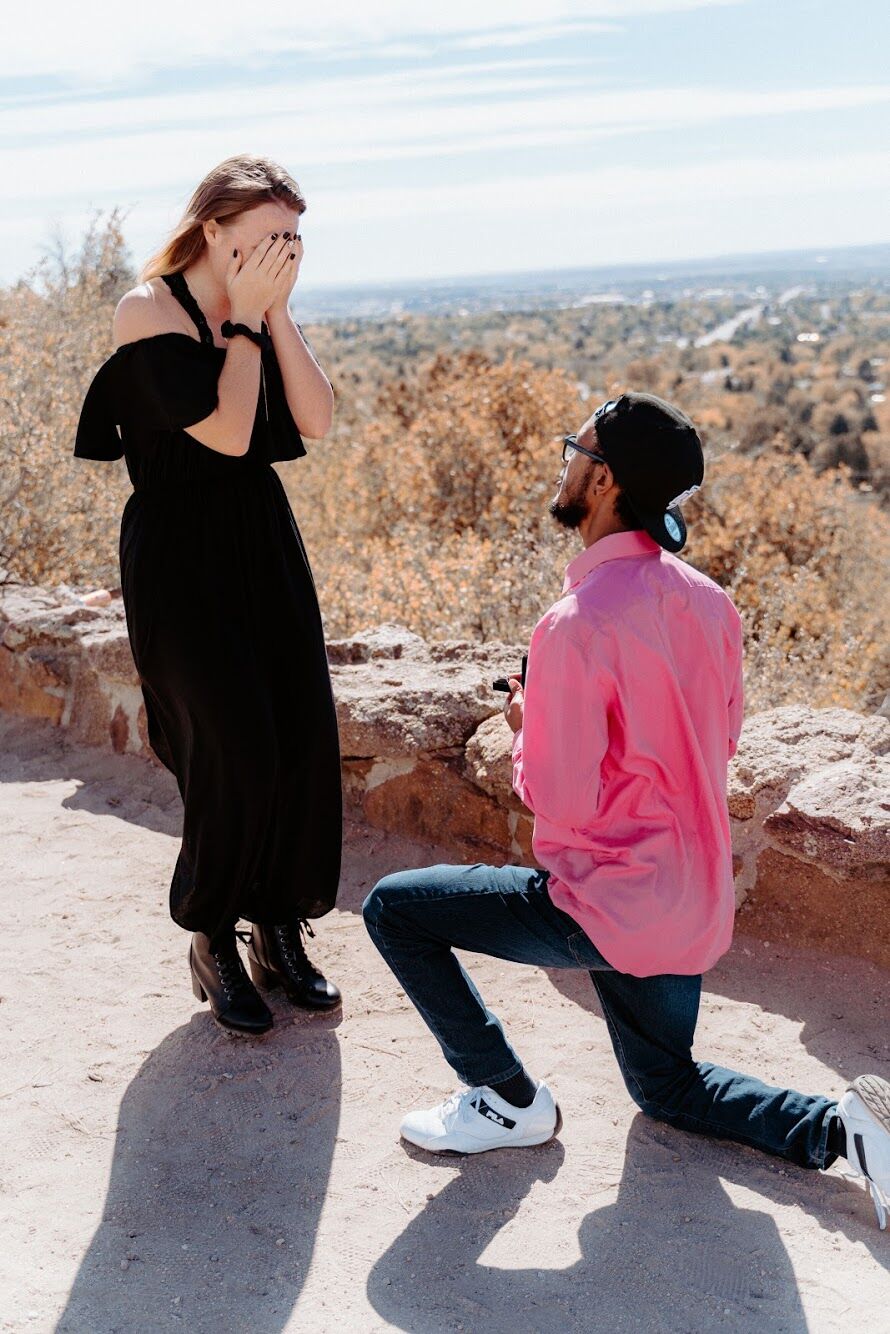 We met at a Discipleship Training School in Colorado Springs in January of 2019. He was one of the staff members and I was a student! I started becoming attracted to him 2 weeks after we met! Then, the following year, I came back to the same place, YWAM, to join staff and I started noticing that he liked me as well! He took my friend and I on a date to the theatre, (pre-Covid) and made an excuse that he doesn’t like sitting by strangers so he could sit by me! Then, randomly in the middle of the movie, he grabbed my hand!!! I had waited for that moment for a year!!!! Then, the rest was history!

I told him my perfect proposal. “If you get my friends involved, make it look like a photo shoot, make sure my makeup and nails are done, and then get a photographer and videographer to capture the moment, that would be the dream!!” So, we have friends who work closely with an anti human-trafficking organization called Kairos Traders. They are always having photo shoots to get more products out! Nathanael decided to use Kairos Traders as an excuse. Some friends of ours “set up” a photo shoot, and we were all going to be “modeling the products.” Pretty soon, it came to my turn. I was modeling a necklace, and Nathanael went behind me while I was distracted taking pictures! He said my name about 3 times before I heard him, and then grabbed my hand. He was on one knee and then he asked if I would marry him! I asked him about 8 times if he was sure, and he said “Yes, I’m sure!!” So I said “Yes!!!” And I got the man of my dreams to be my forever man.💜

Home
>
Marriage Proposals
>
Savanah and Nathanael
Proposal Videos
Check out some of our favorite proposal videos
Ring Quiz
Find the perfect ring for you!