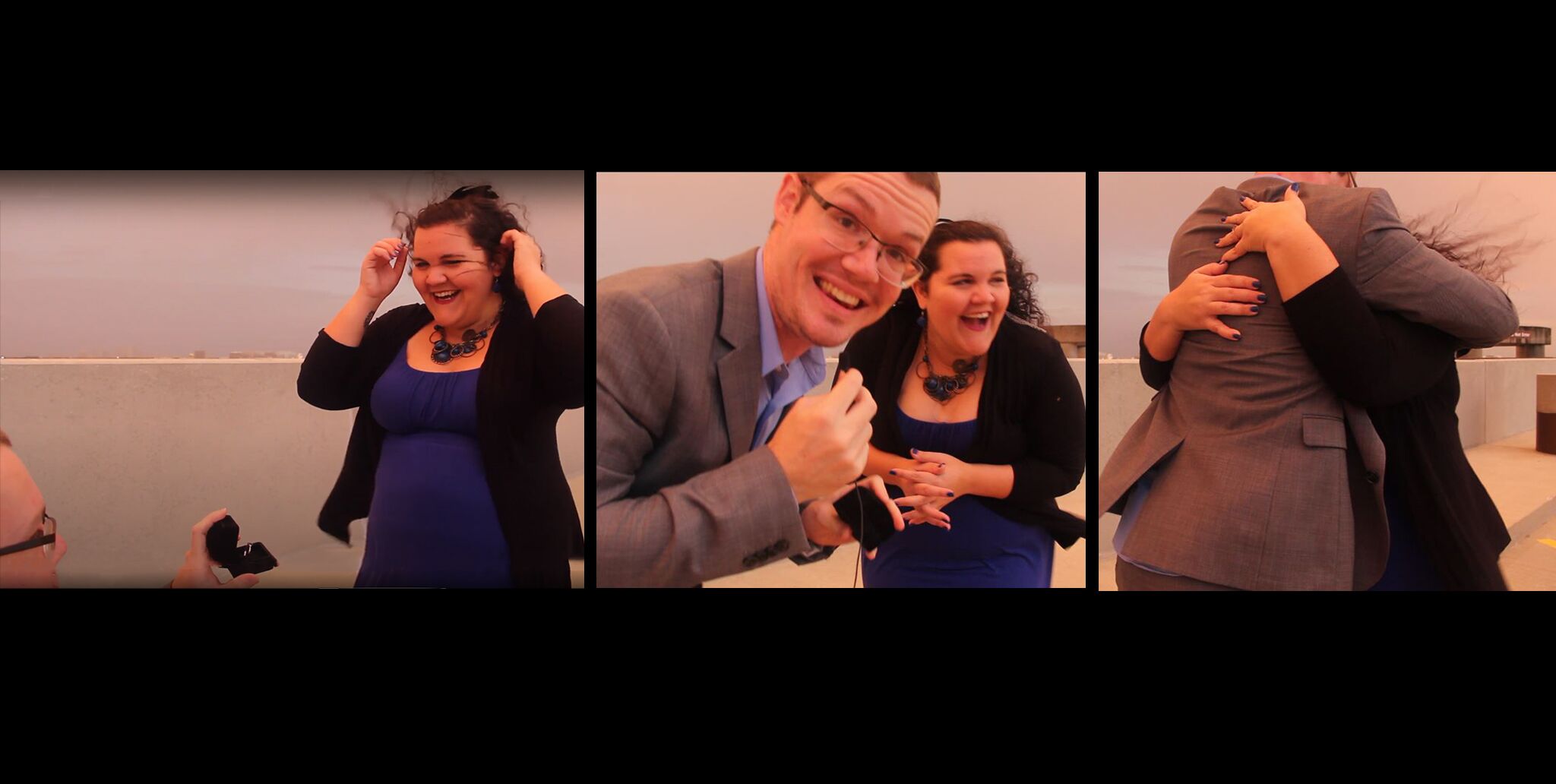 Though we had both knocked it after several failed attempts at online dating, we met on the Facebook dating app!

I, the bride, had an inkling that this would happen as we had been discussing it. I got home that late afternoon and was given time to spruce up and knew what was about to happen but I had no idea where. He had me put on a blindfold as he drove me to an undisclosed location which ended up being my favorite place in the world, the Tampa International Airport parking garage at sunset! He had his filiming equipment already ready to go as he proceeded to sing “A Million Dreams” from the movie The Greatest Showman. After the song, he finally popped the question as a rainstorm started to roll in!

Home
>
Marriage Proposals
>
Sarah and Zach
Proposal Videos
Check out some of our favorite proposal videos
Ring Quiz
Find the perfect ring for you!