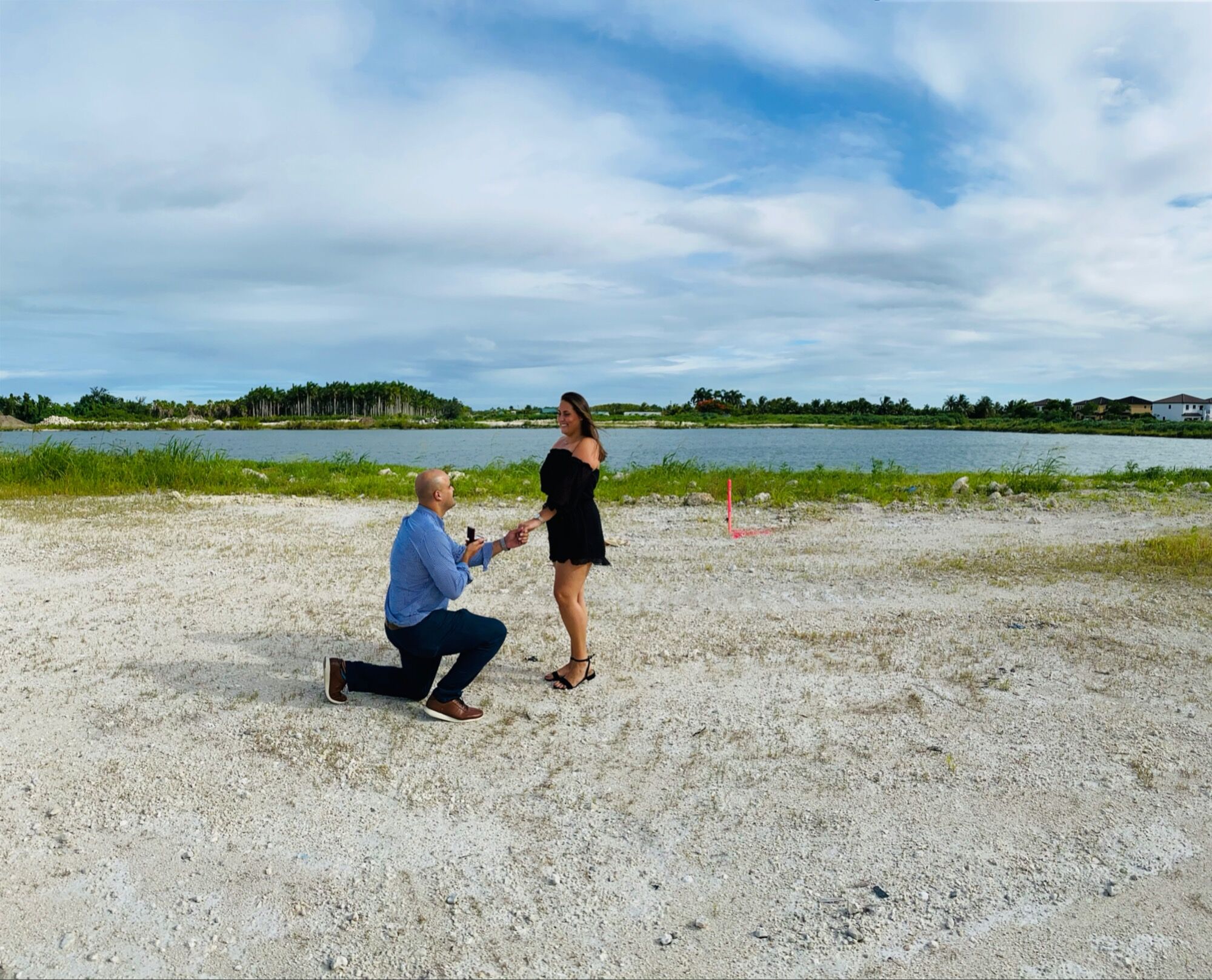 After being childhood teammates planting waterpolo in the same pool and same athletic club, we reconnected over a decade later on tinder. So I guess, #thankstinder!

Brett planned a romantic proposal to be celebrated by friends and family, but then COVID hit disrupting just about all of humanity. Instead, his proposal included nearly a broken ankle, trespassing, some foul language and an irritated girlfriend quickly turned happy fiancé. Brett took a knee at a construction site .. but not any construction site. It was the future site of our first home purchased together to “build a new life from the ground up!” It was absolutely perfect! My favorite memory of the day remains that although he had a eloquent speech all planned out full of love and romance, I was irritated he took me to a pile of rocks before dinner so I abruptly started storming back to the car and in a moment of panic, as his plan unraveled , on one (very sore) knee he just blurted out “HEY SAM, MARRY ME?!”

Home
>
Marriage Proposals
>
Samantha and Brett
Proposal Videos
Check out some of our favorite proposal videos
Ring Quiz
Find the perfect ring for you!