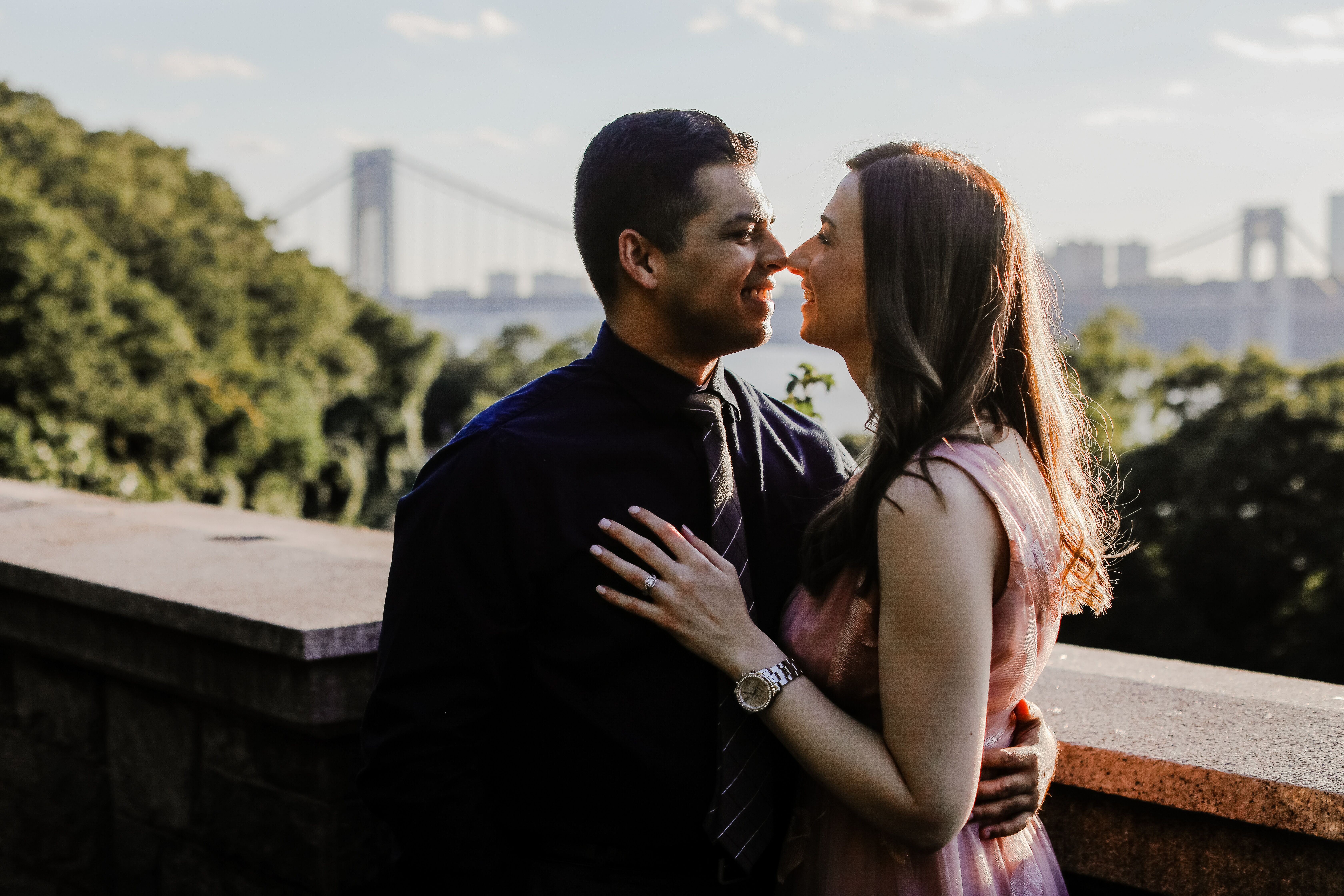 Sohil is originally from India and then moved to Canada and then Indiana. I was born and raised in Cleveland, Ohio. We both went to law school in Phoenix, Arizona and that is where we met; two mid-westerns moving to the southwest and becoming lawyers.

We do not make a big deal about Valentine’s Day. We usually just get each other a card and treat it like any other day with the exception of having a nice dinner out. This Valentine’s Day Sohil stated that his boss was supposed to go to The Met Cloisters with his wife, but had to make a last minute trip out of town so he asked Sohil if we would like them. I thought it would be fun since we have not gone yet and it was a new adventure for us. We got dressed up (and very bundled up since it was 25 degrees out) and headed out. Since we live in New York City, carrying a backpack is a necessity. Well, when we got to the museum Sohil had to check his backpack and he was not happy about … I did not know why he was so upset about it, but I did not think too much on it. After checking our things in we went on a tour of the museum. It was a great museum! After we were done with the museum, we were ready to head back home so we started to head outside and toward the metro … until Sohil had other plans. He said he wanted to walk around the museum toward the front overlooking the Hudson River. We stopped on the pathway and Sohil stated he wanted to exchange our Valentine’s Day cards. I told him it was freezing, I did not bring my card for him and we could do it when we got home. He was beyond insistent that he wanted to do it right then and there so I said, “Fine, give me the card.” It was actually a book he created of all the reasons why he loves me. It was the sweetest card! Even to this point I had no idea he was planning on proposing. I got to the third to last page of the book and started feeling, “this is the moment, he’s proposing … OH MY GOSH!!” And then I turned the page and it was not a proposal so I was closing the book and Sohil stated, “There’s another page.” So I turned the page and there it was he asked me to marry him on the page and in front of me, he was kneeling on one knee with the most beautiful ring!! The rest is history!

Home
>
Marriage Proposals
>
Samantha and Sohil
Proposal Videos
Check out some of our favorite proposal videos
Ring Quiz
Find the perfect ring for you!