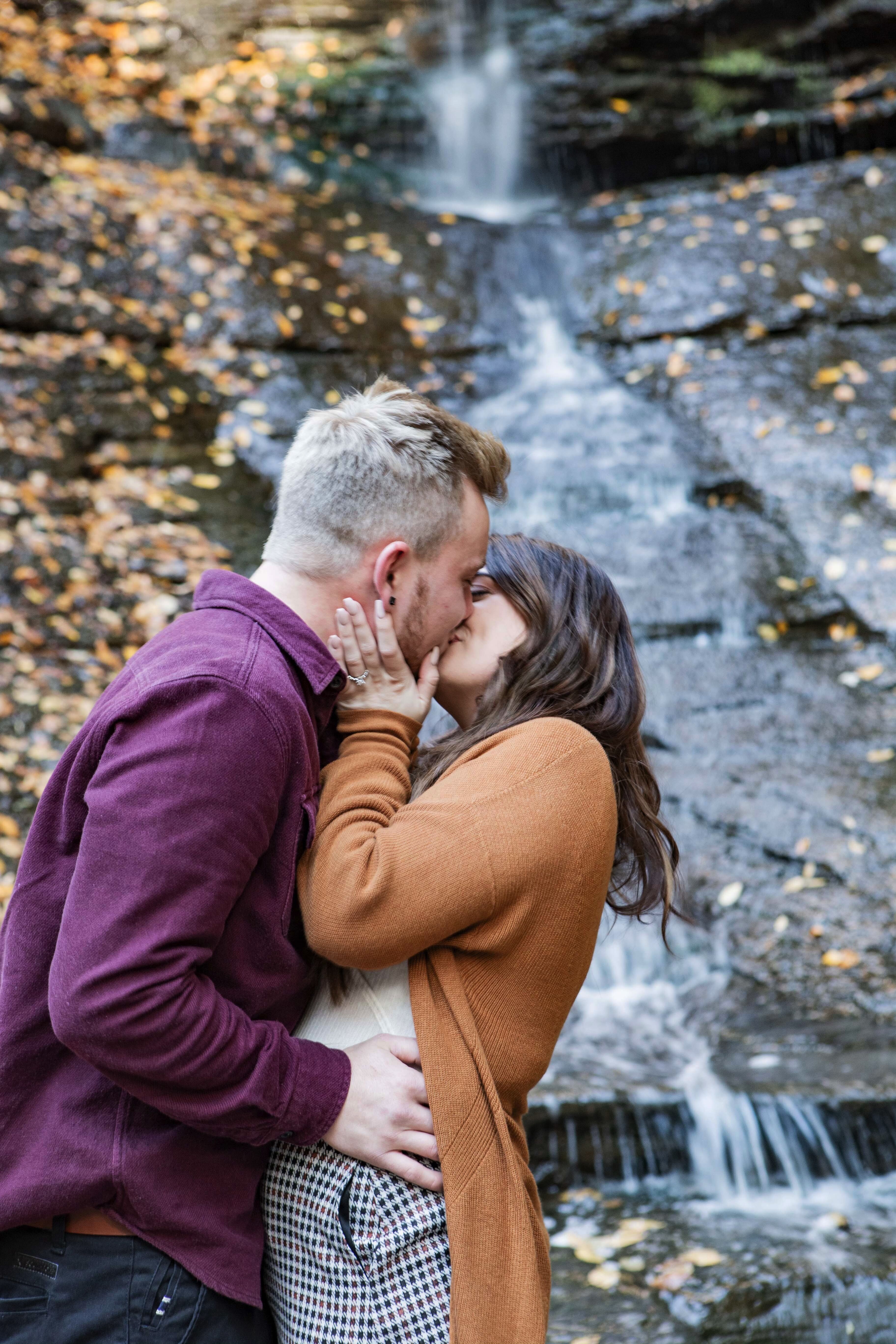 We met at a mutual friend’s house. I was seeing another guy at the time but I just knew he was the one. About 3 months later he reached out and that’s where it began.

He surprised me with “fall photos” and had a photographer there. He took me to a waterfall and asked there. Returned home to a whole engagement party he had planned.

Home
>
Marriage Proposals
>
Rebecca and Jacob
Proposal Videos
Check out some of our favorite proposal videos
Ring Quiz
Find the perfect ring for you!