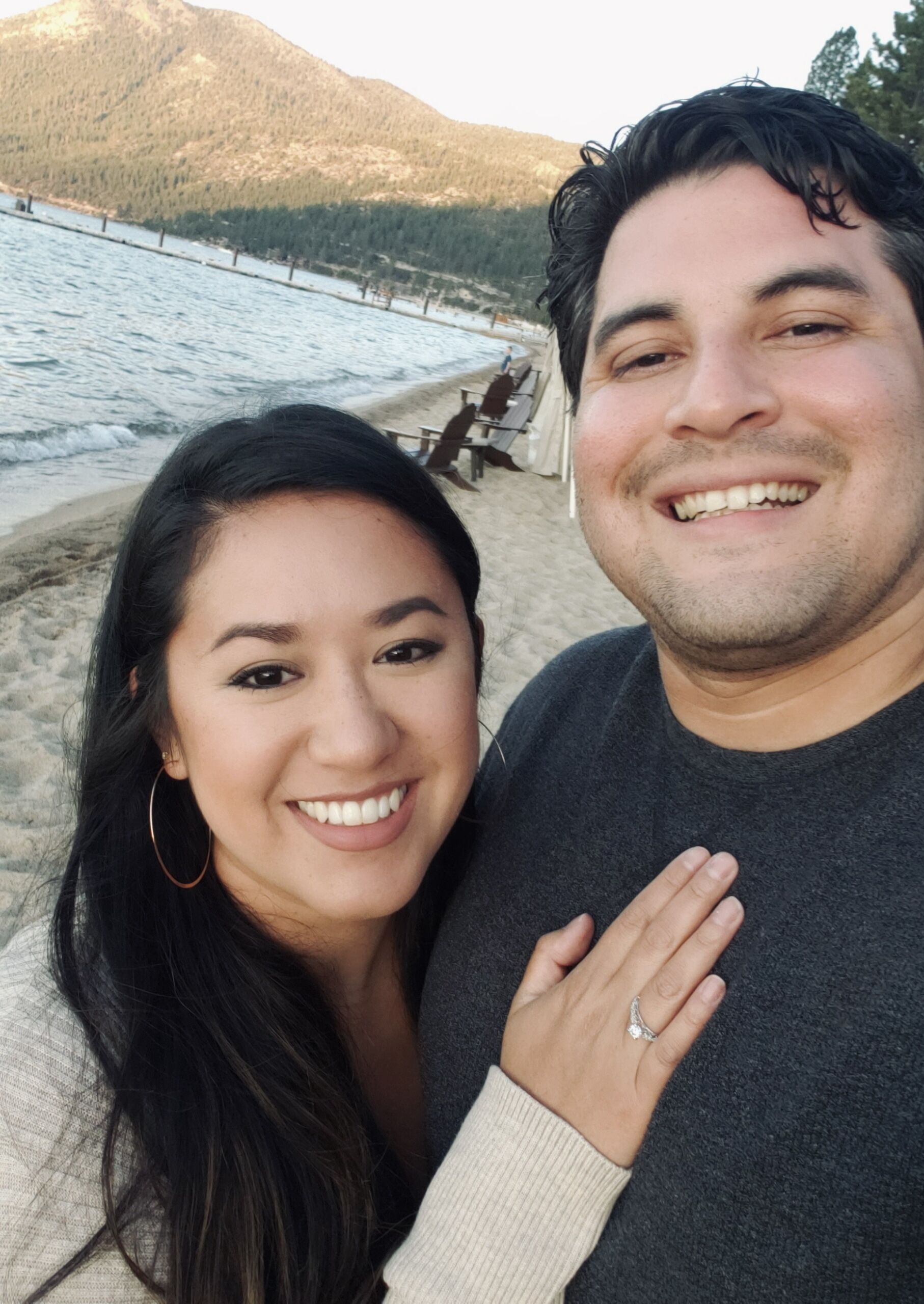 In San Francisco through mutual friends.

It was a beautiful summer night in North Lake Tahoe. We booked a night at the Hyatt Regency to celebrate our 6 year anniversary of dating. Adrian, my fiancé, did all he could to land a nice hotel room – walking distance to the beach. We spent the first day there having an amazing day at the beach. The resort had just opened up after the first wave of the pandemic and we couldn’t be any more thrilled just to be outside and around other people (although we were very spread out). Dinner time rolled around and Adrian made a reservation at the Hyatt’s beachfront restaurant. Since it was a long day of fun, I was of course getting very hungry and eager to make it exactly on time to our 6 o’clock reservation. Adrian had the audacity to say “I’m in no rush” which of course set my hanger in full swing. Briskly walking to the restaurant, when we walked by the beach en route, Adrian stops! He said “Let me take a picture of you on the beach! The sunset is beautiful!” And of course, I rebuke his idea “No we’re late for our reservation and I don’t want sand in my shoes.” Naturally, I cave and there I am standing on the beach forcing what you would consider a lame attempt at a smile. Suddenly, Adrian puts the camera down and gets down on one knee, I couldn’t believe it! His lips quiver and he says the sweetest words of love and commitment and then pulls out the most beautiful ring I’ve ever seen. Then acting as he would suddenly change his mind in a split second, I snatch that rock out of his hand and put it on my finger. I said yes!

Home
>
Marriage Proposals
>
Rachel and Adrian
Proposal Videos
Check out some of our favorite proposal videos
Ring Quiz
Find the perfect ring for you!