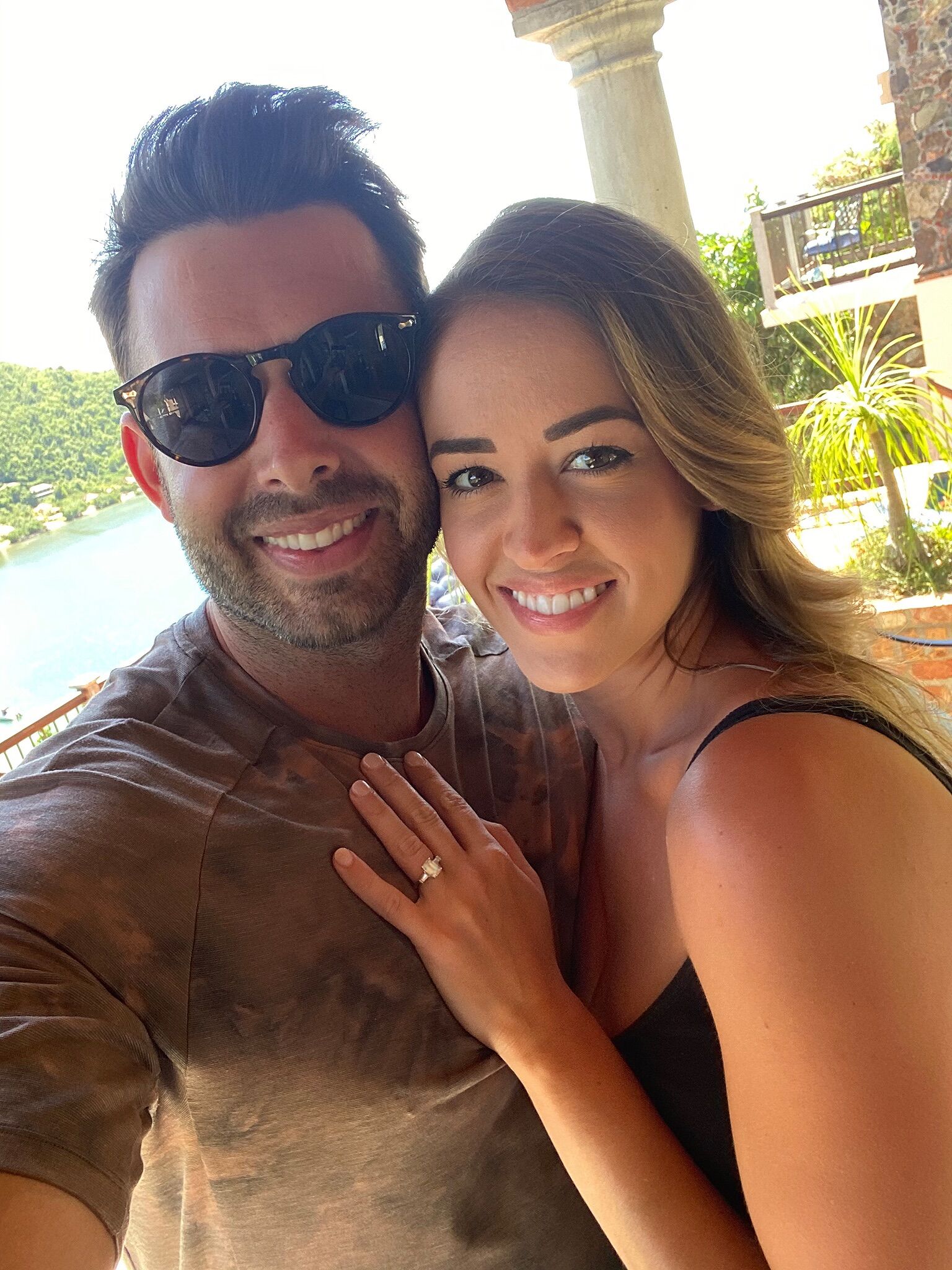 I had just moved to Atlanta, I had been single for almost 4 years after getting out of a horrible relationship and decided to try online dating. I told myself and my friends I would go on one date, if it didn’t go well or ended up not being the way I wanted to meet someone that was it. I messaged Denis and he asked me out that night, I almost backed out because I was so nervous but a good friend talked me into going and I’m so happy he did. Denis and I talked until the restaurant closed and he walked me back to my car, I offered to drive him home since he walked there but he declined and later told me he was so excited and nervous he started walking in the opposite direction of where he lived and didn’t want to embarrass himself so he kept walking until I was out of sight. He text me before I even made it home and he asked me out again, 5 months later he asked me and my dog to move in with him and his dog and now we’re a happy family.

He had planned our once a year big trip and we picked Norway. For our one year anniversary he bought our tickets for us to leave in October but because of Covid we had to cancel. He decided to book us a trip to the U.S Virgin Islands renting us our own house with a private pool so we didn’t have to be around anyone. After being there for a few days we went snorkeling in Maho Bay, he said he needed to put his sunglasses in his backpack and got the ring out and hid it behind his back. He told me how much he loves me and wants to spend the rest of his life with me and he got down on one knee and asked me to marry him. Before I even saw the ring I said yes and cried, a year and a half ago I decided to give online dating a try thinking it wouldn’t be for me and I met the love of my life.

Home
>
Marriage Proposals
>
Paige and Denis
Proposal Videos
Check out some of our favorite proposal videos
Ring Quiz
Find the perfect ring for you!