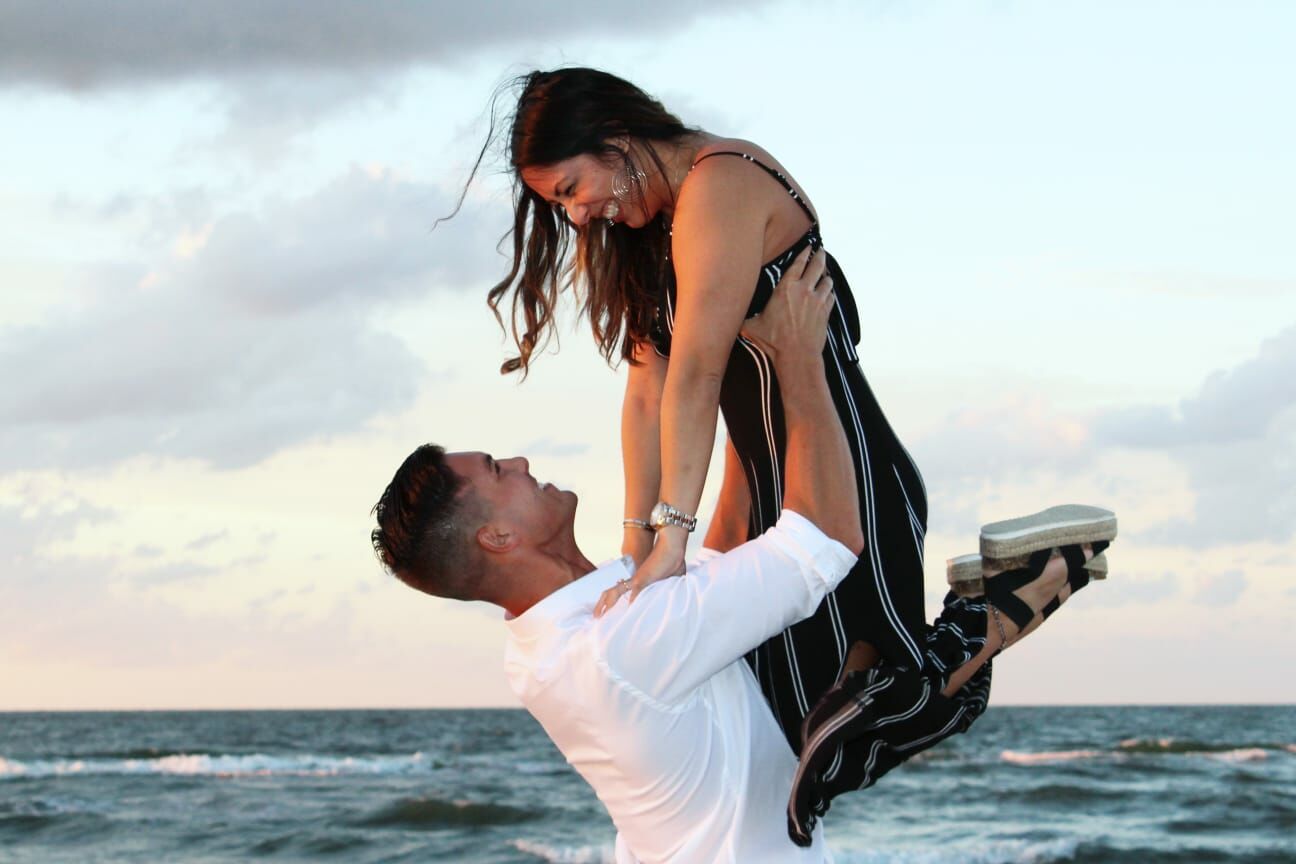 We met on a dating app in New Orleans. I was supposed to meet Spencer in person before his 4th of July show in City Park but I was late. I then met his family before actually meeting him in person. Spencer is in the Marine Corps and was stationed in New Orleans while I was finishing up medical school. Fate was sealed when I matched in a pediatric residency at Children’s Hospital New Orleans. I’m now finishing up residency to be a pediatrician and Spencer has since been re-stationed to Virginia. We have been doing the long-distance love through this pandemic which has been tough but it’s true what they say, “Distance makes the heart grow fonder.”

He ran out after “getting mad” during a card game. As I sat there confused, his friend handed me a scrapbook. I continued to be confused as to why he wanted to show me his scrapbook. I was told to open it and read the first page and then realized what might be going on. I was driven around town to 6 different spots, collecting poems he wrote to me and photo mementos from friends and family. At the last spot, I was just so excited to see my future fiancé…who was a whole football field away…waiting for me at the end of the beach at sunset. After walking for what felt like an eternity, I finally got to him. I apparently got emotional. He popped the question with the song “You and I” playing. I got more emotional, SAID YES, and jumped on him before he could put the ring on lol. It was thoughtful and perfect and not to mention, I got the man and ring of my dreams 😜

Home
>
Marriage Proposals
>
Nikita and Spencer
Proposal Videos
Check out some of our favorite proposal videos
Ring Quiz
Find the perfect ring for you!