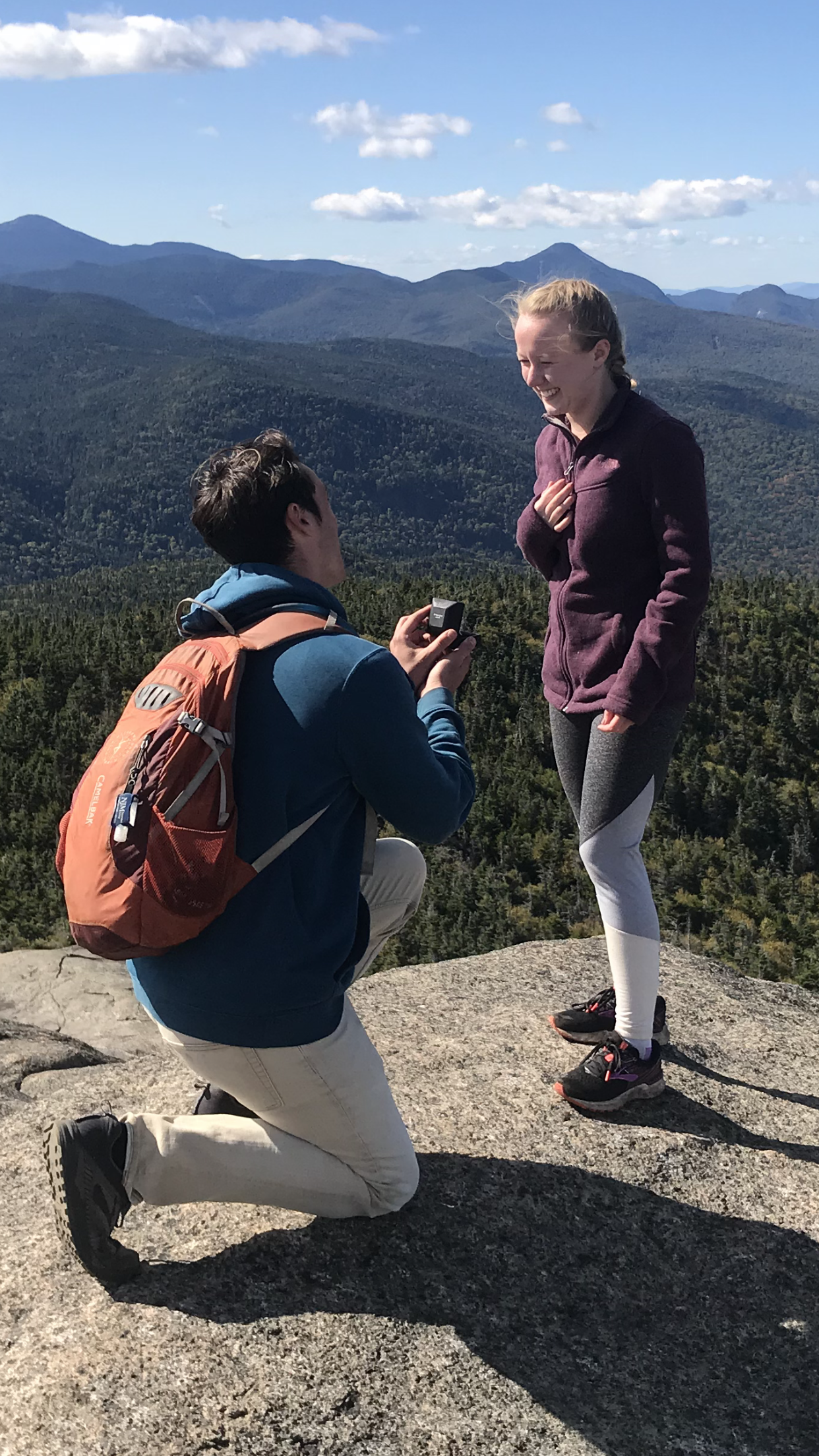 Sean and I first met during welcome week our freshman year of college (2013). We both attended a bus trip to Ocean City New Jersey. Unknowingly, we both made plans to meet up with a mutual friend, Rachel. During the day we spent time on the board walk joking around never fully taking our eyes off each other. At the end of the trip I gave him my phone number so he can send me the photo he took of us. The following week we did not speak or see each other. It wasn’t until there was a large scavenger hunt on campus that my friends and I participated in that I saw him again. One of the items on the list was a jersey from a student athlete. Of course, Sean was the only student athlete I knew. During one of our many conversations we had during the Ocean City trip he told me his dorm building and number. So, I ran straight to his building, being let in by another freshman, and ran straight to his dorm. Once there I banged on his door until he opened it and I demanded his jersey. Without batting an eye, he got it and immediately handed it to me. After that I ran away since I was on a time limit due to the scavenger hunt. Instead of getting upset or closing the door behind me Sean proceeded to run after me and joined our team helping us win the competition. From that day on Sean and I were inseparable.

For our seven-year anniversary Sean and I decided to take a trip to the Adirondack mountains. Him and I planned several hikes to do over the course of a four-day weekend. One of the hikes being the highest peak, Mt. Marcy. On that Saturday we laced up our sneakers and heading for Mt. Marcy. It was a long and beautiful hike and when we got to the top, we found out we where on the wrong peak. After talking to another couple, we discovered we made a wrong turn and where never going to make it to the top of Mt. Marcy before nightfall. Unknown to me at the time Sean was going to propose at the top of Mt. Marcy. The next day after much consideration we decided to do a much shorter hike on Sunday morning before our winery reservation. So, we laced up our sneakers once again and headed to Cascade Mountain. This climb was shorter but strenuous. When we reached the peak, the view was beautiful being able to see all the other peaks wrapped around you. While at the peak Sean lead me away from the crowed and got down on one knee and proposed to me. Luckily, he told a bystander to take our photo capturing the moment. Unfortunately, we weren’t able to stay up there too long before we had to descend the mountain and head to the winery.

Home
>
Marriage Proposals
>
Nicole and Sean
Proposal Videos
Check out some of our favorite proposal videos
Ring Quiz
Find the perfect ring for you!