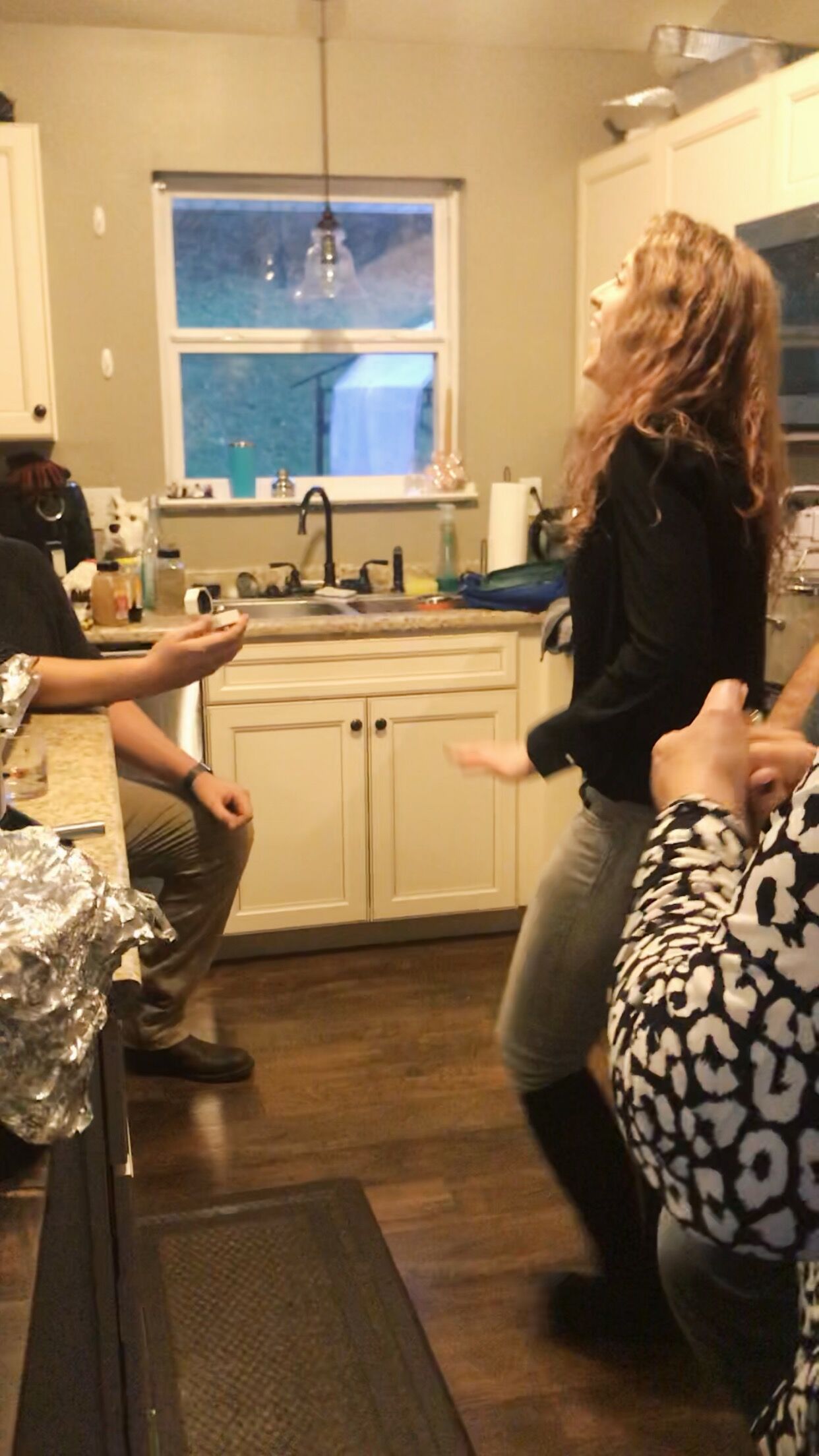 My friend dragged me out, his brother did the same for him. I’m a Bronco fan and noticed him at this bar called Wheelhouse because he’s 6’7” and has sweatshirt was bight orange and Broncos. I walked up to him and said, “So Elway, huh?” As they say, the rest is history!

We were hosting Thanksgiving again for the third year. His mom had recently been diagnosed with cancer so she invited his siblings to come to Thanksgiving because of her diagnosis, or that was the reason I was told. I was so busy helping get dinner prepared I didn’t think anything of it. We were all gathered around and we had just said grace when his dad made a big speech about the importance of family. Then my Dale echoed his remarks and went on to say he’s realized many of his blessings and would like to make a few things permanent in his life and he got down on one knee! As my mother says, it was the only time in my life where I was truly speechless! Yes his mother was diagnosed with cancer and she’s a fighter and hopefully in remission after one final treatment! As it turns out the siblings that could make it in person and in the secret FaceTime calls were there to welcome me to the family!

Home
>
Marriage Proposals
>
Nicole and Dale
Proposal Videos
Check out some of our favorite proposal videos
Ring Quiz
Find the perfect ring for you!