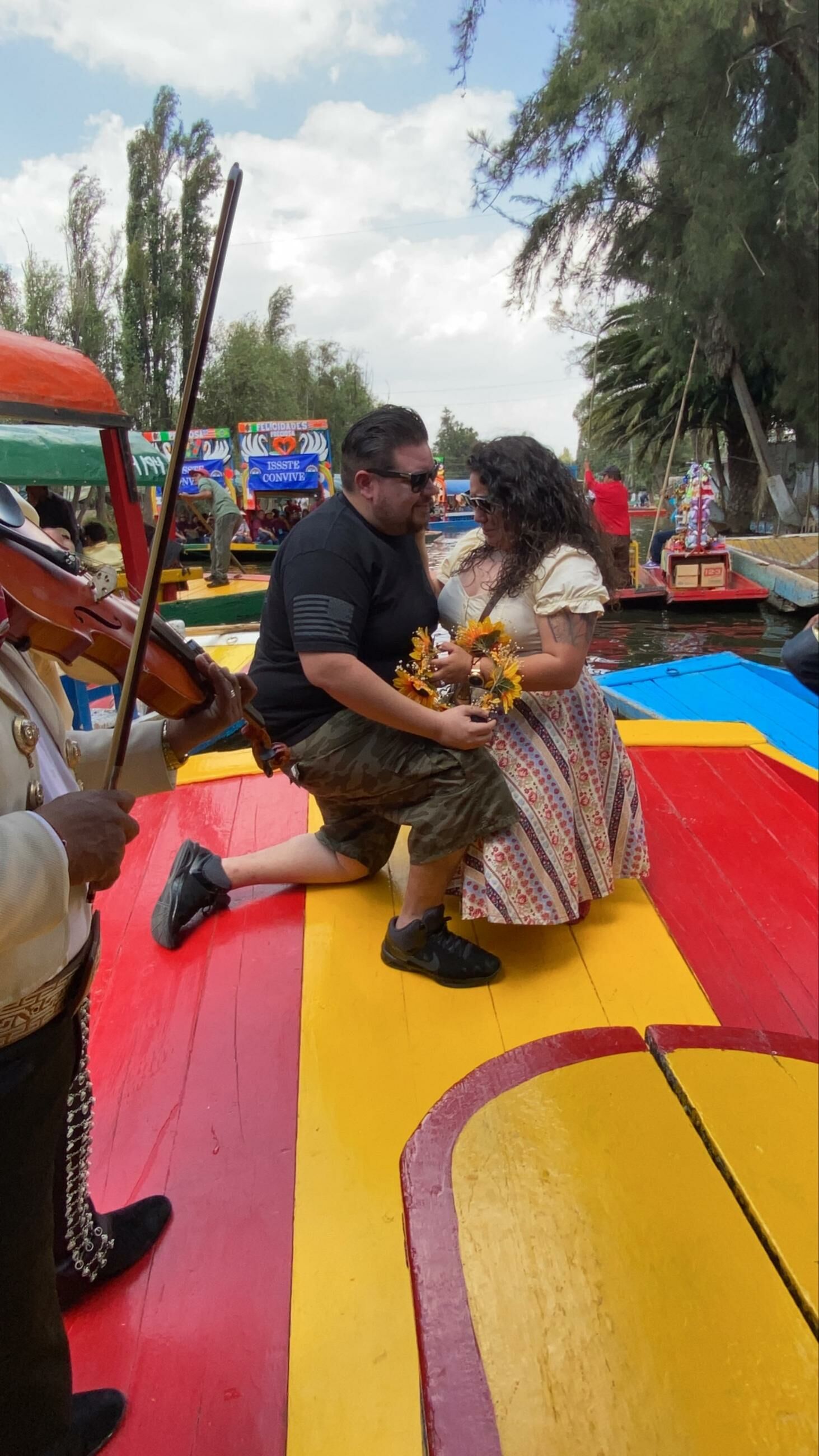 In high school (2007) he was actually dating a classmate of mine (oops) we became friends through our opposing baseball teams, we would play bet a subway sandwich if our team beat the other. My senior year (2009) he told me he liked me by having a mutual friend of ours give me an anonymous valentine, later to find out it was from him, but I had to tell him I didn’t feel the same. We actually stayed really close friends even after all that, and he quickly became my best friend, fast forward to 2013 even after we both had gotten out of very serious relationships we always stayed best friends and I developed deep feelings for him and confessed, he told me his feelings for me had never left. We started dating in June 2013.

We were on a trip to Mexico City, he has an uncle who lives in the city who helped him plan the proposal at the Xochimilco canal boats. He had the workers put a sign on the front of the boat saying “Nely, will you marry me?” we boarded the boat from the back, I was clueless, we were on our way and a mariachi came on board and played a song and Ruben took me to the front of the boat and told me to look up when I saw the sign I began ugly crying and blacked out because I can’t remember the rest lol.

Home
>
Marriage Proposals
>
Nelida and Ruben
Proposal Videos
Check out some of our favorite proposal videos
Ring Quiz
Find the perfect ring for you!