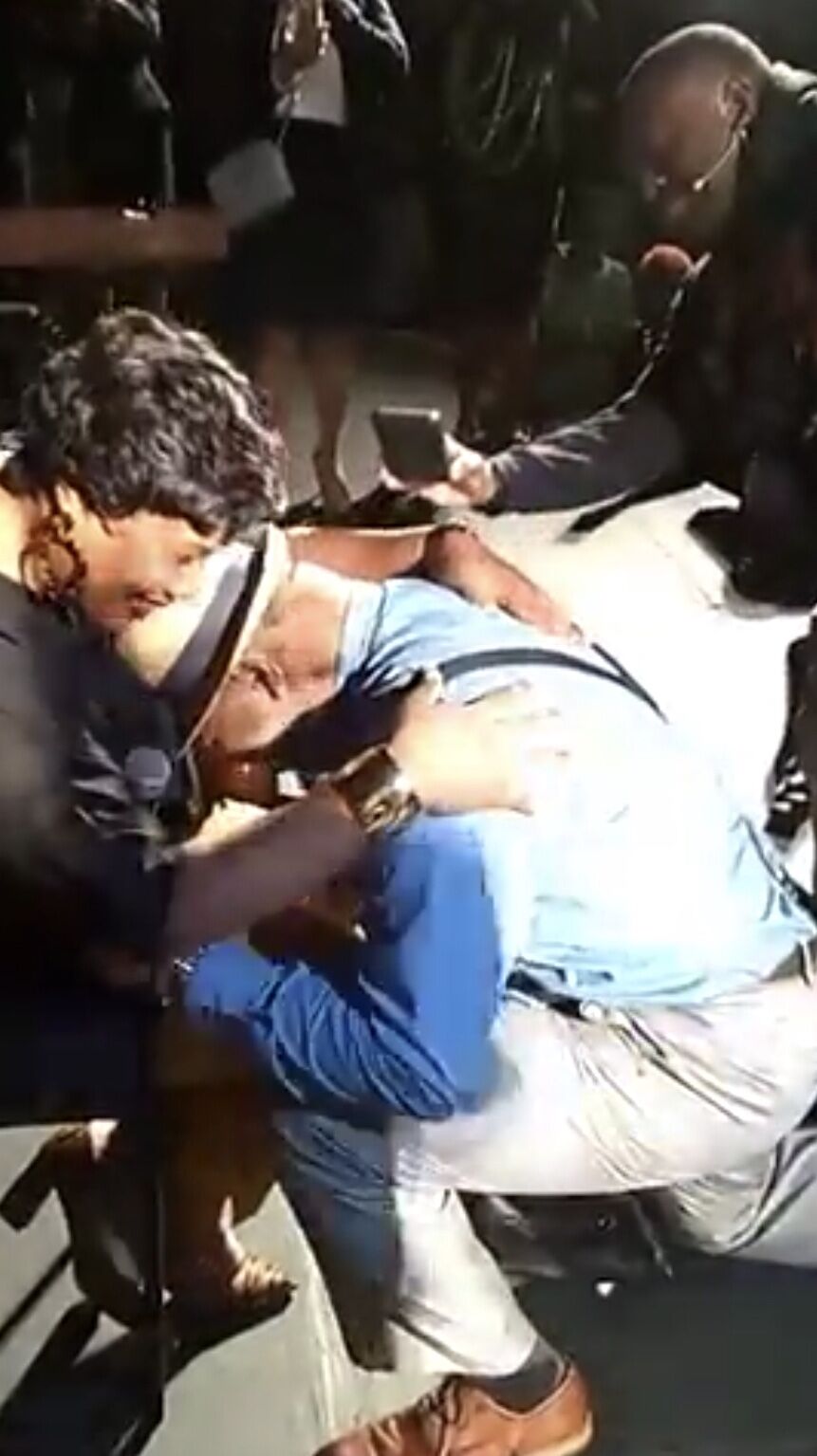 Jeff and I share some of the same friends. These friends and I use to be out and post pictures on Facebook. From there, Jeff sent me a friend request that I ended up accepting which was strange for me because I never accept friend requests from people I don’t know. Luckily I did because it turned out to be a blessing in disguise.🙌🏽

Jeff had been in this traveling play. So on this particular day, I thought I was just taking a trip to California to see him perform. Jeff called me right before the play started and told me there was going to be a drawing for $1000 at the end of the play. He then told me that he was going to enter my name in the drawing. When the play was over, the producer reached in the bag and called my name. I hollered!😂 I then said to myself..they must’ve rigged it up and want at least half the money back because how could my name be pulled out of 500+ people?!!🤷🏽‍♀️I then got up and started walking towards the stage. On the way to the stage, I heard a woman say, oh she’s probably gone so y’all are going to have to pull again. I said, “no she’s not because here I come!!”😁 As I continued to the stage, I heard another lady say with a name like that, she’s probably gone!! I said to her, here I go!!😂 When I finally made it to the stage, the bailiff in the play asked me to have a seat. I asked him for what?? I just need my money so I can go!🤣 He then said mam have a seat!! I finally said ok and sat down. Jeff then came from behind me singing All of Me by John Legend. I said to myself, maybe he just wants to serenade me and wants everybody to know I’m his lady?!🤷🏽‍♀️ He then began to speak. Jeff looked at me and said that I have always asked him what is it that we have and his response to me has always been..let the pieces fall where they may.😌 He continued..well babe these pieces have fallen all the way!! By then, I was like OMG!! He’s about to ask me!! Jeff then dropped to his knee, popped the question and I said Yesss!!! The End!💍🙌🏽💃🏽🤵🏽👰🏽

Home
>
Marriage Proposals
>
Nadia and Jeff
Proposal Videos
Check out some of our favorite proposal videos
Ring Quiz
Find the perfect ring for you!