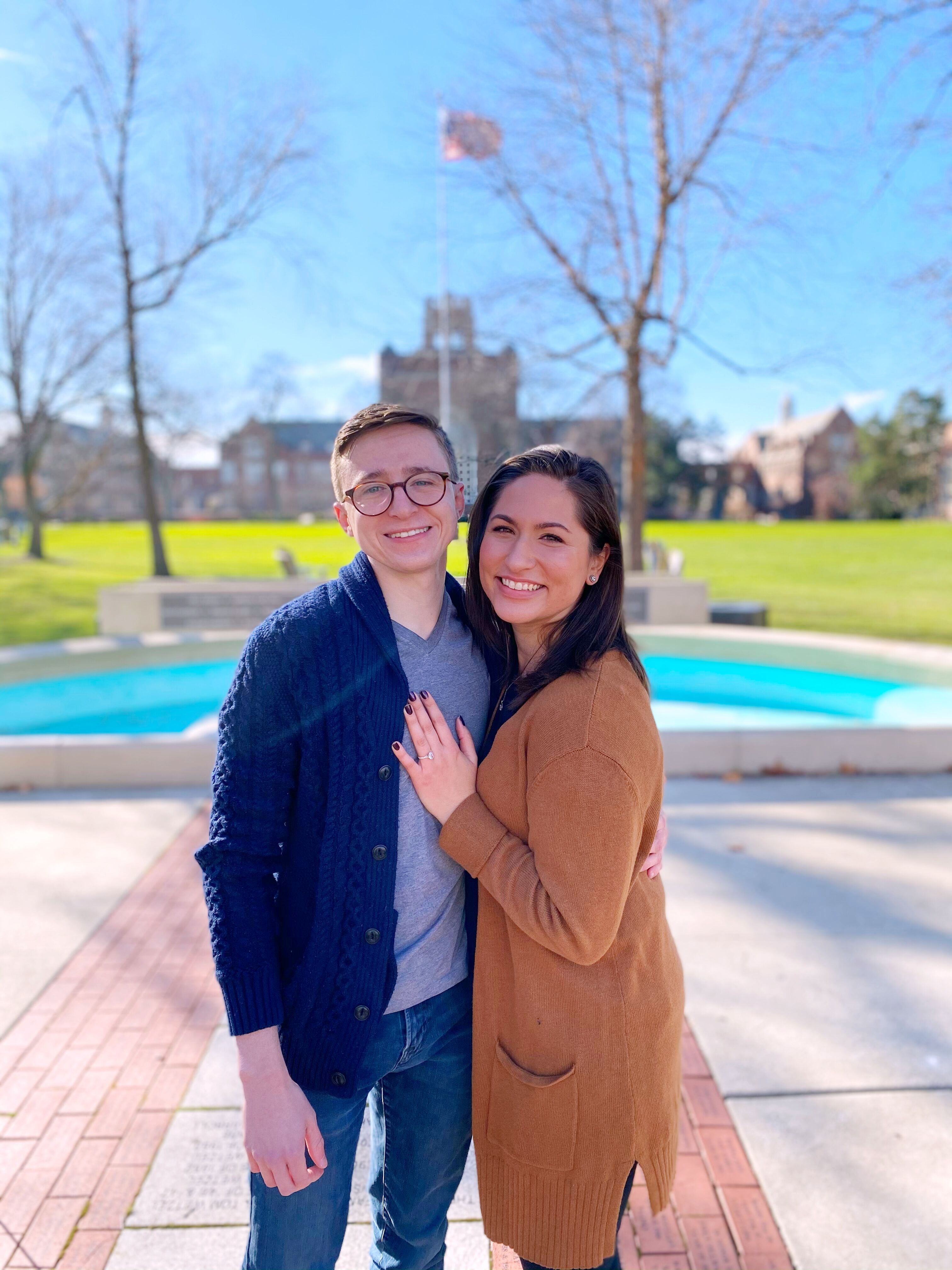 We met in college and knew of each other our freshman year but never found the right moment to start a conversation with each other. I watched him sing in an a cappella concert and knew I had to be friends with him and we even sat next to each other in a Sociology course but never had the courage to start talking. One year later, mutual friends introduced us and we became close friends for a year before we started dating. We officially became a couple after the fireworks display in downtown Pittsburgh on the Fourth of July in 2015.

Bringing it back to our roots, we took a walk around campus at John Carroll University and he proposed right in the middle of campus, the place that started it all. We love together in Cleveland, OH a knew for a long time that an engagement and marriage was the next step for us. Before the passing of Brian’s uncle earlier this month, he got to share with him of his plans to propose and was the first person who knew about the proposal. November is my favorite month of the year and we were blessed with the warmest weather on the 29th with not a cloud in the sky and after the proposal, he surprised me with a COVID-friendly and socially distanced engagement party with close friends and family.

Home
>
Marriage Proposals
>
Morgan and Brian
Proposal Videos
Check out some of our favorite proposal videos
Ring Quiz
Find the perfect ring for you!