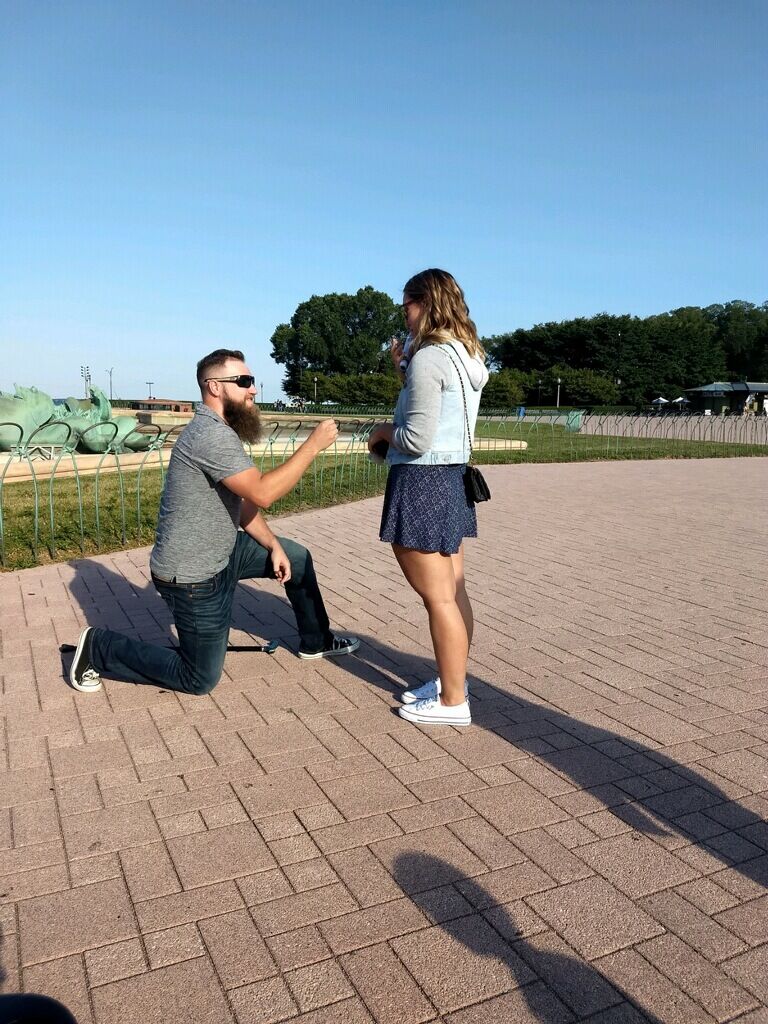 We met a couple of years before we started dating through mutual friends while he was stationed in Florida with the USAF. We went on a river float down the black water river and we were both taken so we went our separate ways after the float. We saw each other in passing when We were with our mutual friends At Friendsgiving random nights out on the town and crawfish boils, and we were both in the mutual friends wedding. A couple of years later we were back on that river and both of us were single. We flirted the whole trip and he asked for my number. We went to the beach and out for tacos that night and it was all history after that.

It was the weekend of my 30th birthday and shortly after our 4 year anniversary of dating. He planned an entire weekend in the city which was very limited due to covid restrictions. He took me to the art institute museum and then walked me through the rose gardens and finally we ended at the fountain. It was not very busy and the fountain wasn’t actually turned on, but I was admiring the art of it regardless. I was concerned he was growing tired as he’d had his ACL repaired only a few weeks before. As I was looking around the I noticed our 3 year old son and his parents coming towards us and I was confused our son was carrying a box and he all but threw it at me. I opened it and a little note was inside asking if I would marry his daddy. I turned around and to my surprise he was down in one knee ring in hand and asked me the question I’d been waiting so long to hear!

Home
>
Marriage Proposals
>
Mollie and Randy
Proposal Videos
Check out some of our favorite proposal videos
Ring Quiz
Find the perfect ring for you!