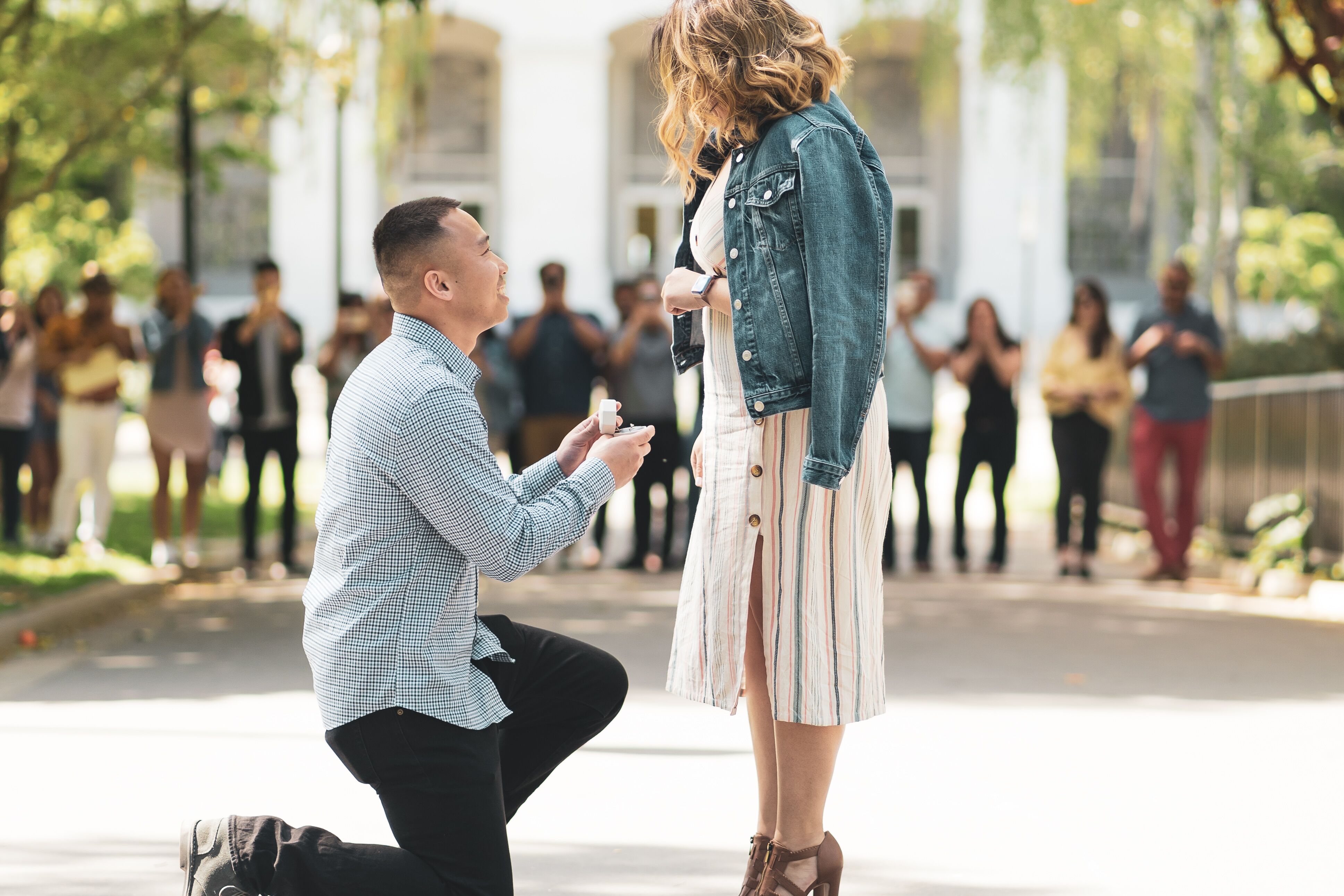 I was convinced by my cousin to go out for the night at a local club/lounge when I really wasn’t up for it but wanted her to be safe and have someone with her. Thinh was at that very same club/lounge celebrating his friend’s birthday. Both Thinh and my cousin had a mutual friend who was also there. This friend was talking to my cousin while I was just enjoying myself sitting at the bar without a drink in my hand. Thinh comes up sees how empty my hand is looking and tries to offer me a drink. I politely declined and grabbed my cousin onto the dance floor. As we are dancing I notice someone is dancing behind me and it was Thinh. I danced with him and then we as a group went to go to eat together. The following day Thinh found my cousin through Facebook, messaged her saying nice meeting you at the club. I ended up liking the comment and Thinh was quick to start messaging me. The rest was history after that.

Thinh had been planning the proposal for months. He had convinced me to do a photoshoot with our good friend who was supposedly “building his portfolio” because he had been into photography for a while and wanted a couple to be a part of his work. Thinh was not the type to do these kinds of things and it was weird that he was willing to do so but thinking it was for a good friend I was happy to be a part of his portfolio. We were walking all around downtown Sacramento and ended up being in front of the Capitol. During the move of different locations my sister and a whole bunch of family and friends we making their way towards the Capitol. I wasn’t wearing my glasses at the time and thought that big group I saw was a Capitol tour group. When I realized it was our family and friends I knew what was next and could not be more happier than I am.

Home
>
Marriage Proposals
>
Michelle and Thinh
Proposal Videos
Check out some of our favorite proposal videos
Ring Quiz
Find the perfect ring for you!