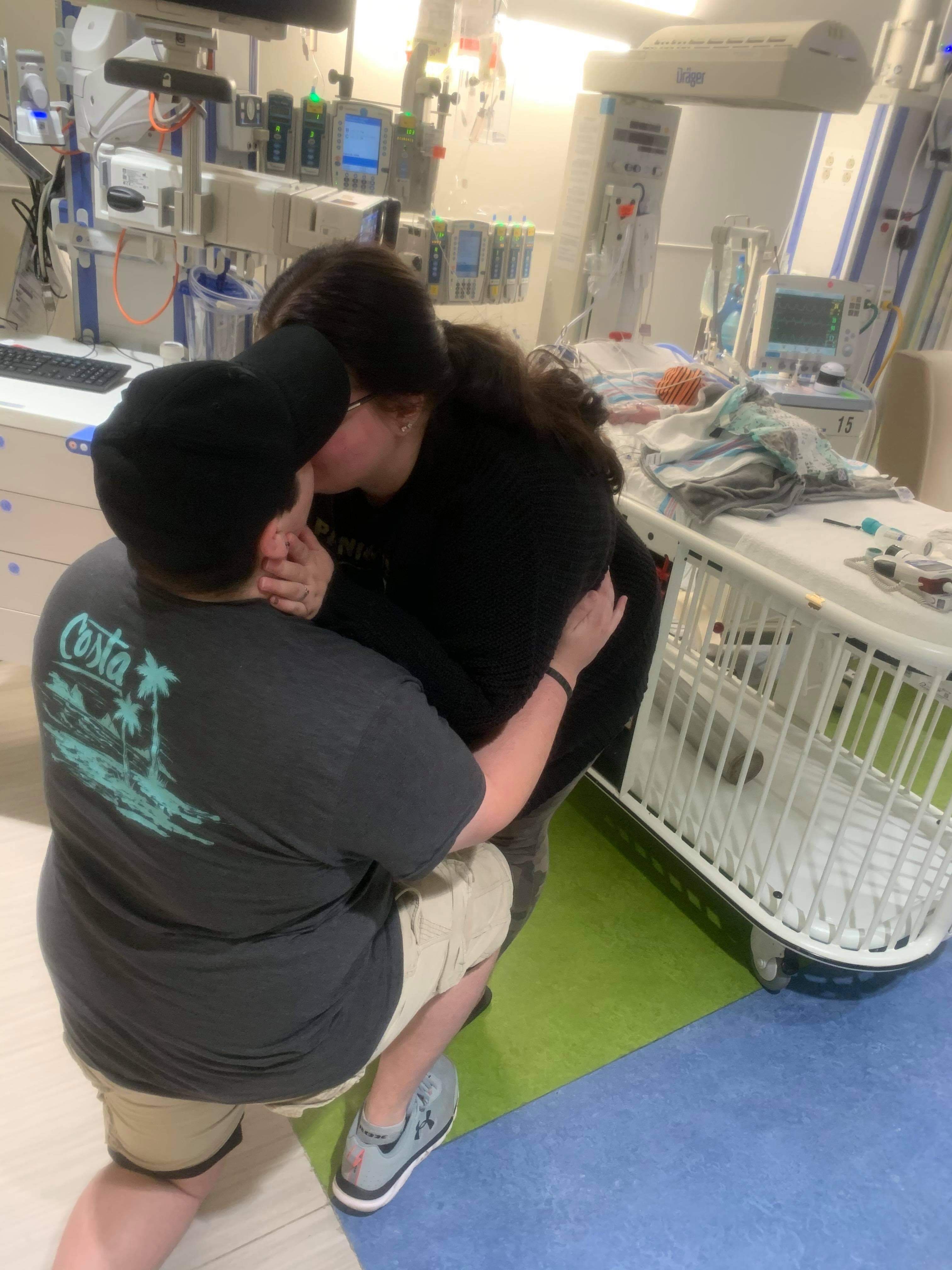 We actually met online when we were both 19. I lived in Minnesota and Cody lived in South Carolina so neither of us thought anything would come of it. We wanted to date but thought long distance would just be too hard at that point. Throughout the next 6 years we both dated other people and talked on and off. Come August/September 2019 we were talking again and I decided I would go visit him for his birthday for a couple days at the end of October. I flew into Greenville, SC on Halloween and came home November 2nd. We worked so well together after all these years that I decided to take a leap of faith and 11 days later I moved to South Carolina; we started officially dating then. Now the rest is history!

Cody proposed on October 25th, 2020 in room 3062 at MUSC’s Shawn Jenkins Childrens Hospital in Charleston, SC. He wanted our son Jaxson to be there for it and since he was still in the Pediatric Cardiac ICU (after a long stay in the NICU since birth in July), he had to bring the proposal to his room. I was sitting in the recliner on the other side of Jax’s bed just scrolling through facebook when Cody walks to the other side of the bed and looks at Jax concerningly. He looks back at our nurse who was doing something else and says “what’s this rash on his chest?” Now, what I didn’t know is that our nurse Emily was in on it! She even had his phone on her to take pictures. Cody hadn’t told her exactly what he was going to say though, just that he way going to say something was happening with Jax. So when she came over to check it out, she was confused and didn’t say much. He was trying to get me to come over there to that side of the bed but since Emily wasn’t concerned, I didn’t feel the need to go look. At that point, Cody was freaking out just trying to figure out how to get me over there so he just kept nagging me to come look until I finally did. Once I was turned away and looking at Jax, Cody dropped down on one knee and popped the question when I turned around super confused why there was no rash. In the pictures I look absolutely confused until after I’d said yes and registered what just happened.

Home
>
Marriage Proposals
>
Micaela and Dakota
Proposal Videos
Check out some of our favorite proposal videos
Ring Quiz
Find the perfect ring for you!