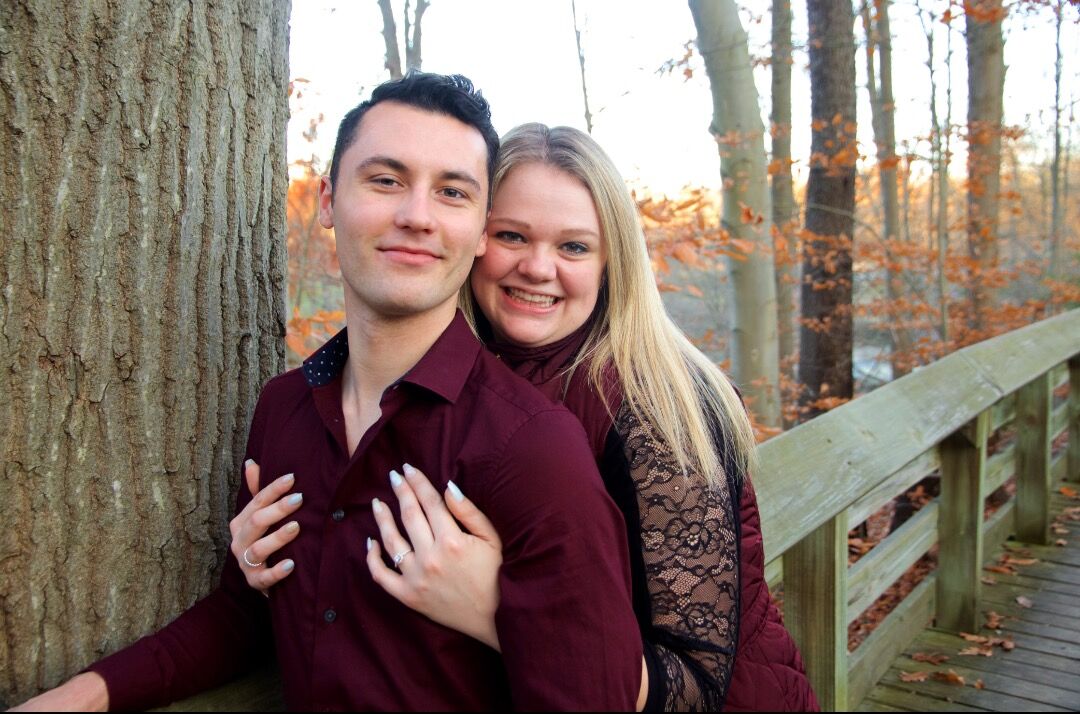 We met like three years ago at a restaurant in Cleveland through mutual friends. First reaction? I was not too fond of him! A few months later my friends and I went to a concert and just happened to run into a few other friends there. And there he was again. But this time was different. We had so much fun together that we ended up going out a few weekends later again! And from that point onward we became very, very close friends, to the point we were hanging out almost every weekend. Even my best friend claimed “you’re like the same person in different bodies.”

He had booked a private room at Gervasi Vineyard with our closest friends and family. Our parents had still not yet met, so he told me this was a dinner to introduce our families and that some friends were gonna come to go hiking first. It started snowing so he said we would eat first. Upon arriving to the restaurant, he met me at the front door and walked me up the stairs to where the hostess was. He told me to take off my mask. Then they opened the curtain to the private room where he had the table set up with light up letters saying MARRY ME! I couldn’t be happier!

Home
>
Marriage Proposals
>
Melissa and Travis
Proposal Videos
Check out some of our favorite proposal videos
Ring Quiz
Find the perfect ring for you!