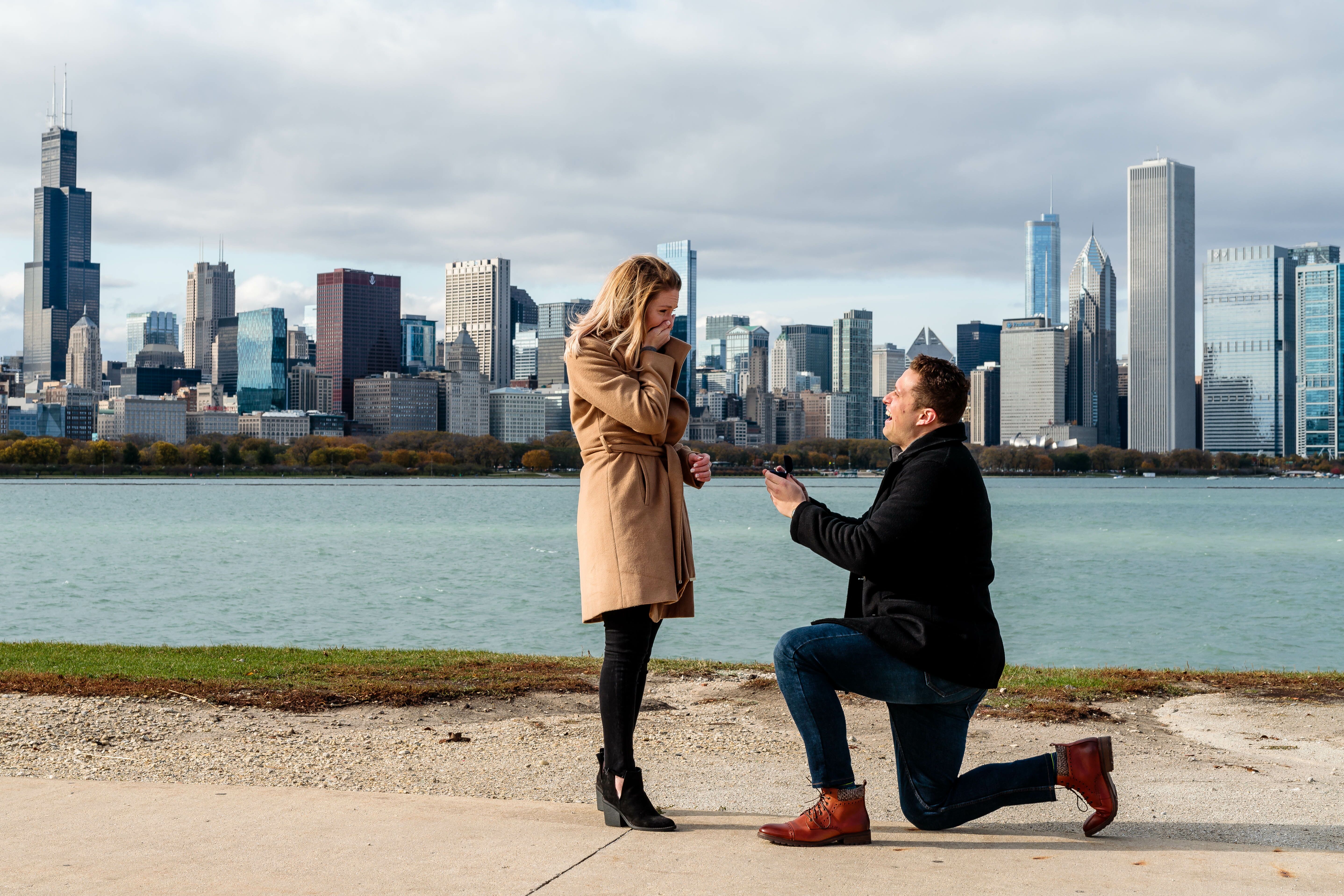 We first met in the first grade! We went to elementary school together until my family moved away in fifth grade. After college we connected again after we had both moved to Chicago.

He had me convinced we were going to a special event at the Shedd Aquarium. We arrived early for the event and decided to take a walk to take in the view as it’s one of our favorite spots in the city. Kyle said we should ask someone to take our photo since it was such a beautiful day and as we were walking we saw photographers setting up for a shoot. He insisted we ask them as we were pups get great photos. After we took a few pictures Kyle asked for one more pose and got down on one knee. Turns out the photographers were there for us and we ending up having a whole photo shoot following!

Home
>
Marriage Proposals
>
Meghan and Kyle
Proposal Videos
Check out some of our favorite proposal videos
Ring Quiz
Find the perfect ring for you!