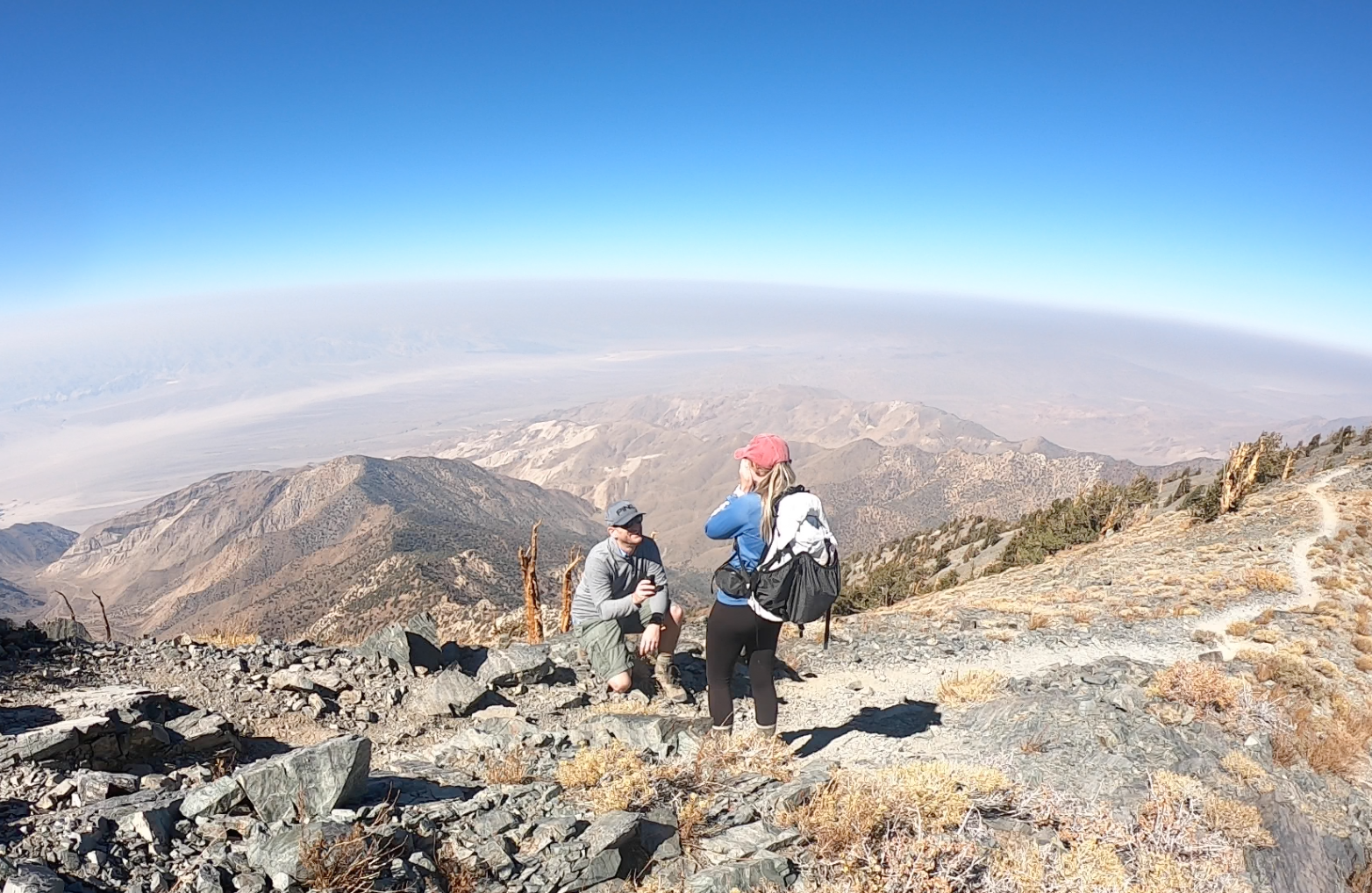 Megan and Matt met in law school and started dating during their third year. At orientation, both Matt and Megan remember the Dean making a comment that “For some of you, your soulmate could be sitting right next to you!” Neither of them believed it… yet here they are!

On Saturday, October 17th, Megan and her best friend drove to Ridgecrest, CA, to spend the night in preparation for a summit of Telescope Peak, the highest point in Death Valley, the next day. They woke up at 5 am, left the hotel by 5:30 am, and arrived at the trailhead around 8:00 am. The trailhead was truly in the middle of nowhere, and it took them about three hours to summit. As Megan and her friend approached the summit, Megan could see another hiker start to hike down off of the summit and towards them. It wasn’t until the hiker was about 10 feet in front of Megan for her to realize that it was her boyfriend, Matt! He proposed at 11,000 feet, and she said yes! Matt had woken up at 4 am that morning after spending the night in Panamint Springs (he told her that he was golfing with his friend that weekend!) and started hiking in pitch black at 6 am. He summited about 45 minutes before Megan arrived. It was the biggest shock of Megan’s life! Such a special and thoughtful proposal. They couldn’t stop smiling the entire 7-mile hike down!

Home
>
Marriage Proposals
>
Megan and Matthew
Proposal Videos
Check out some of our favorite proposal videos
Ring Quiz
Find the perfect ring for you!