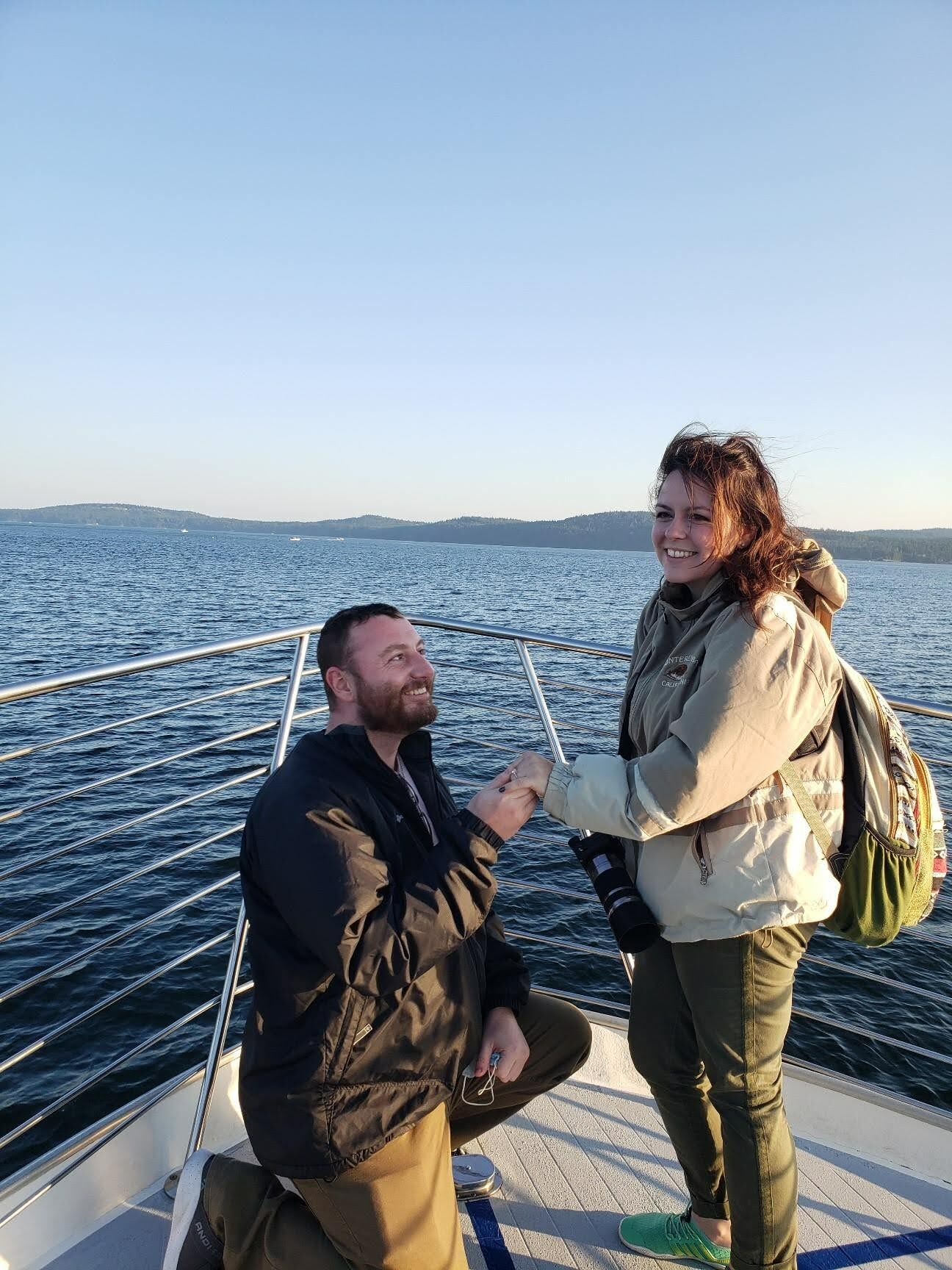 We are one of the many success stories that originated on a dating app. Sometimes, the magic is real, and it happened for us!

I woke up one morning after having a dream that I had gone whale watching with my then boyfriend. I had this nagging feeling that we just REALLY needed to go whale watching… and soon! I expressed this desperate need to my boyfriend, and before I knew it, he had booked us flights to Washington to see some Orcas. You see, we had to cancel a trip we had planned for whale watching in Puerto Vallarta in the spring of this year due to Covid-19, which I’m fairly suspicious was when he originally planned to ask. Within 2 weeks of this literal “I have a dream” moment, we were on our flight to Washington!

After two somewhat disappointing whale watching tours on our second day, I had another nagging feeling that we just HAD to get back on the water because I felt like we were about to miss something spectacular. It was late in the day, so most tour agencies were already closed for the day. I called everywhere and was told that there was one singular agency that hadn’t departed the dock yet for the evening, and that they would hold the boat for us. We ran like startled antelope down the hill and made it just in time! As it turns out, my gut feeling was all kinds of right. When we were out on the water, we immediately encountered two Orca pods that were hunting together. In the midst of the fascinating chaos of watching these creatures leap and dive all around, I moved my eyes away from my camera’s viewfinder for just a moment and caught a glimpse of Andrew who was down on one knee, holding a ring that was glinting in the sunset. After he popped the question in front of the crew and nature’s most intelligent creatures, one Orca broke away from the group and guided our boat all the way back into the harbor. It was a truly magical, unforgettable experience.