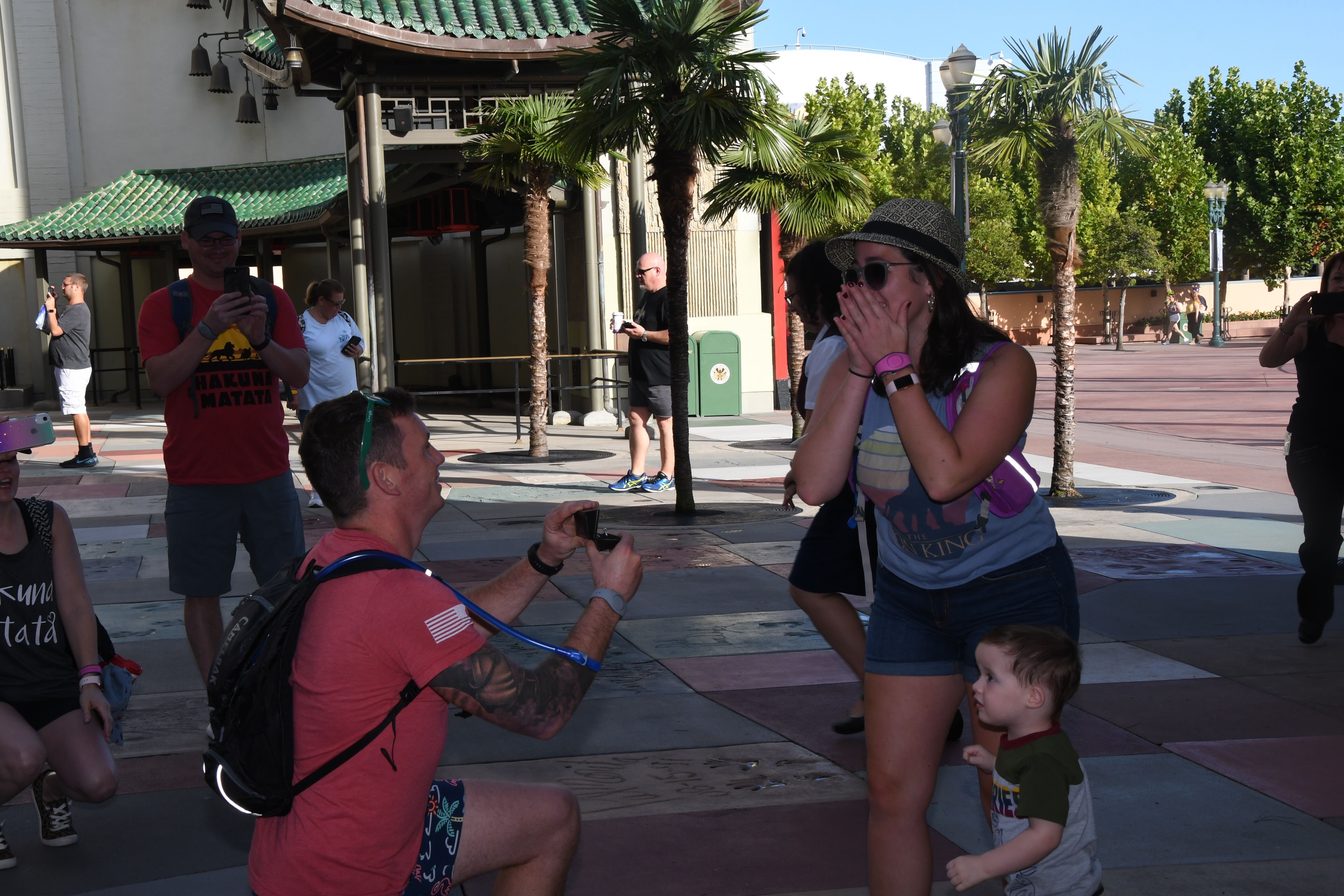 We met through a mutual friend in New York City after I had begun college and he was a few months away from basic training to join the Air Force. We hit it off, stayed friends for about 3 years before we started dating long distance and the rest is history!

Corey surprised me while I was on a trip to Disney World with a family I had just started working for as their nanny. We were headed into Hollywood Studios and a cast member walked us to the TCL Chinese theatre replica. As I was staring down at the celebrity’s handprints, Corey came around the corner and I was shocked. He had been invited to come along in the first place and I was so disappointed that he “had to work” and couldn’t join. Little did I know it was all part of the plan and the family was in on it the entire time! It was truly perfect considering our first date was at Disneyland a little over 3.5 years before that.

Home
>
Marriage Proposals
>
Mary Carroll and Corey
Proposal Videos
Check out some of our favorite proposal videos
Ring Quiz
Find the perfect ring for you!