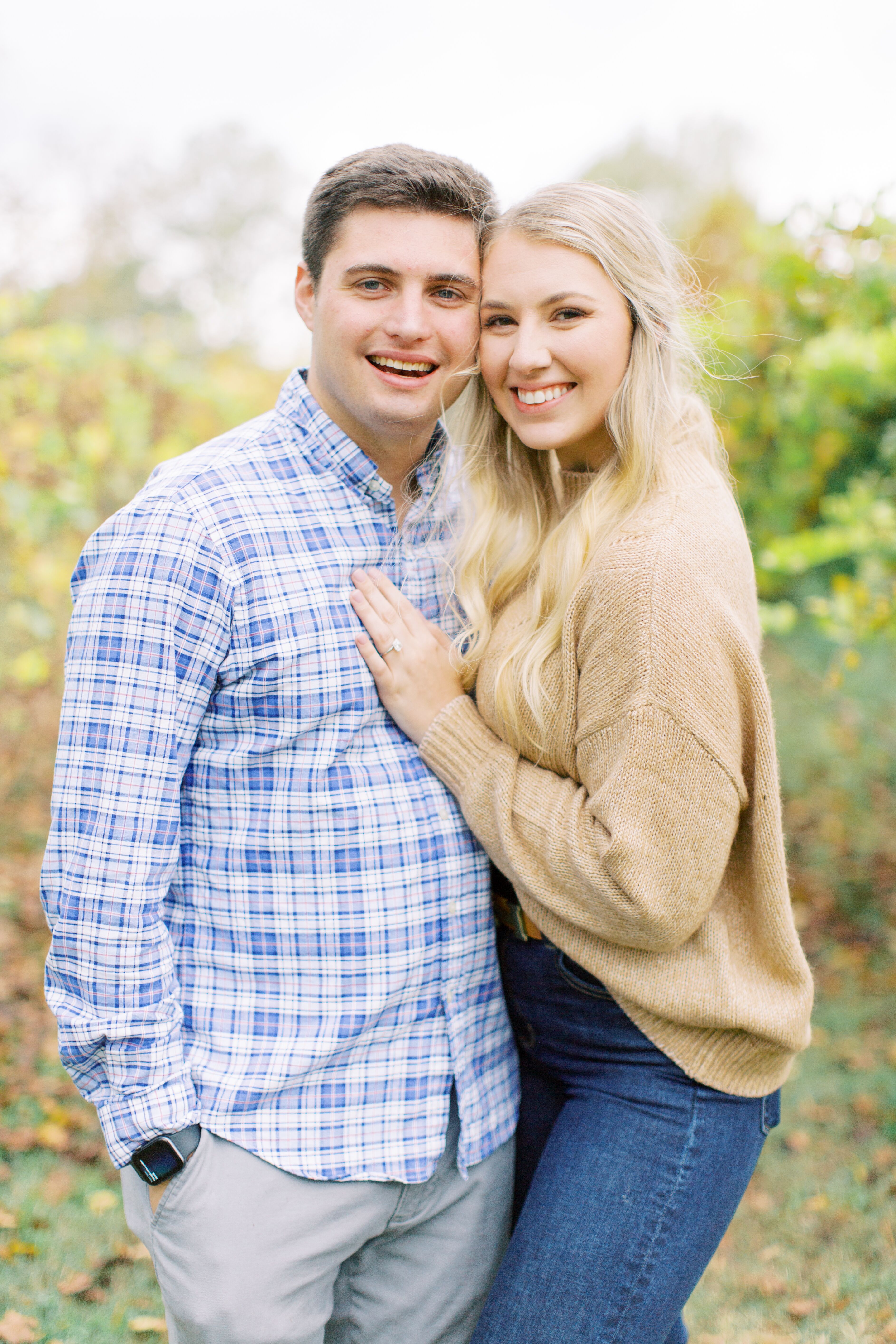 I was meeting up with my friend Meredith, who I met while interning at the same company, and her boyfriend Nate at a bar to watch the Appalachian State vs UNCC football game. Little did I know they wanted me to come so that I could meet Nate’s best friend, Andrew. Andrew and I spent all night talking/hanging out and really hit it off. I was leaving to go on a Europe trip before starting my full time job a few days after we met though, so we didn’t really talk too much for a couple weeks after that first night. After my trip, Meredith and Nate were back in town and wanted to meet up again and of course they wanted their friend Andrew to meet up with us as well for dinner…set up #2! Andrew and I then started to talk frequently and a little while later he asked me out on a date and the rest is history!

My mom had planned for my family to take Christmas card photos at North Corner Haven and if you know my mom, then this is not weird or suspicious…it’s a very normal thing for my family to have a photo shoot. Well about 5 minutes into the family photo shoot I felt a tap on my shoulder. I thought it was my sister at first and didn’t turn to look. Another tap…and I turn around and Andrew is standing right behind me! The first words out of my mouth were “Oh hey what are you doing here?!” He proceeded to grab my hands and my family slowly started to back away from us and it was then that I knew exactly what he was doing there. It was such a sweet moment and I was just in complete shock! Afterwards we were able to take some awesome pictures with the family…uhm now engagement photographer that I’ll cherish forever! He told me that his family was just on the other side of the barn, but when we went around to the other side I was so surprised to see his family, my grandma (who they flew in from California and hid in a hotel for two nights!!!), and some of our close friends (including Meredith and Nate, the ones responsible for setting us up). There were mimosas, chicken and waffles, shrimp and grits, and bread pudding to indulge in while enjoying everyone’s company in that moment. The whole thing caught me completely by surprise as I did not think it would happen until at the earliest December, especially after the conversation I had with Andrew the Tuesday before he proposed. That Tuesday, we were watching a show with some friends and at one point during the night I leaned over to him and said “you know what would be funny and a great idea, if you showed up at family pictures on Sunday and proposed!” Looking back now I cannot believe he was able to play it off so well while on the inside he was freaking out and went to the bathroom to text my mom saying “she totally knows what’s happening this weekend!!!” In reality I had no idea, the thought just randomly came to my mind and he played it off so well that I really did not suspect a thing. It also helped that he had a goatee that I hated and he didn’t shave it until Sunday morning before the proposal. I knew that he would never propose to me with the goatee…and I was right.

Home
>
Marriage Proposals
>
Madison and Andrew
Proposal Videos
Check out some of our favorite proposal videos
Ring Quiz
Find the perfect ring for you!