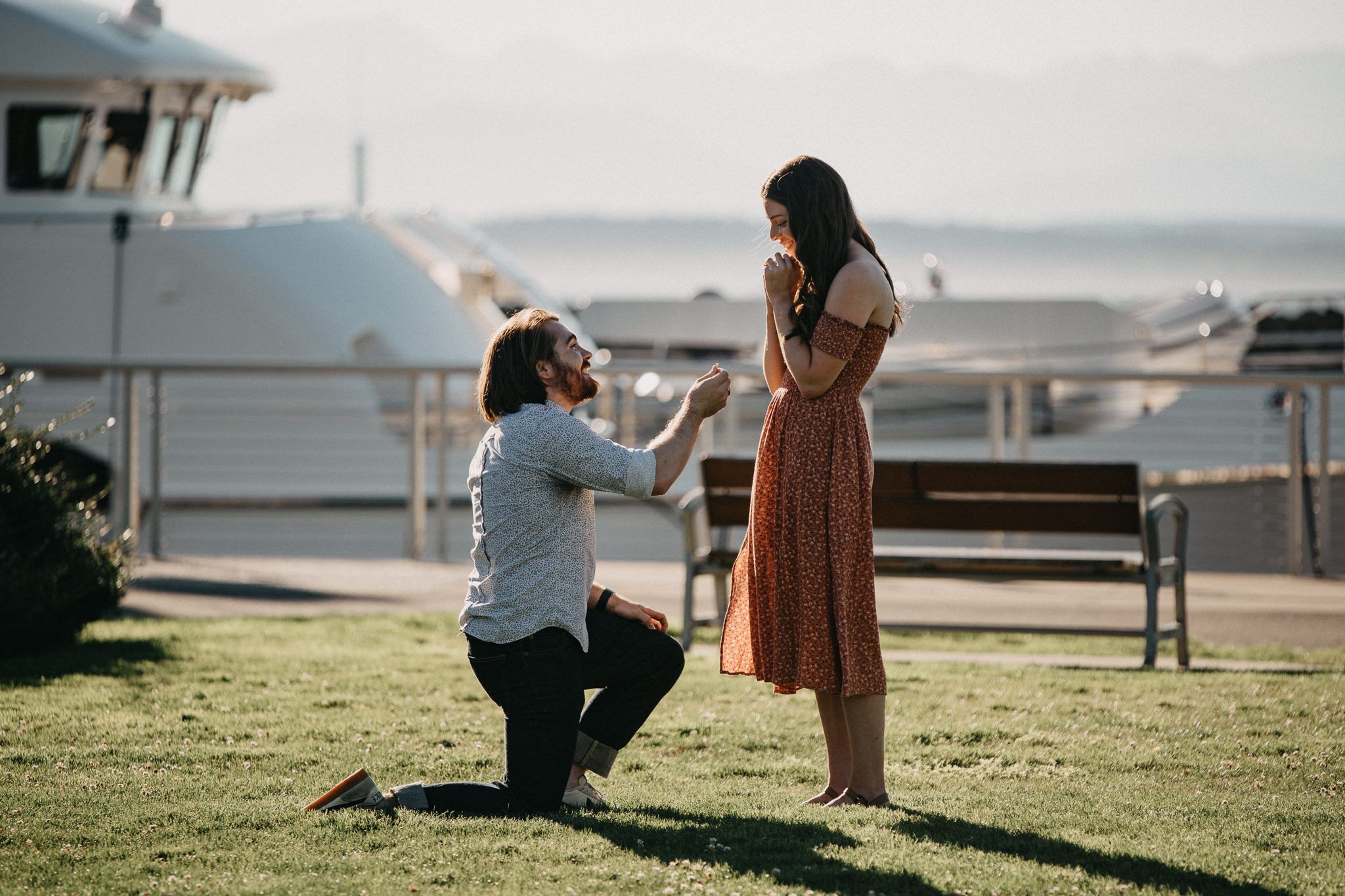 College! We met on opposite dorm floors and quickly became acquaintances. He helped me move into my dorm my first day. Then, a couple years later he asked me to help him with a school event. We drove together and laughed and talked the WHOLE time. He asked me out afterwards and we had the best time! We dated for about 8 months and then broke up because we felt like it wasn’t working long term. We were both devastated and I never truly got over him. After about 8 months of being apart we started running into each other and talking again. He bought me my favorite cake after I told him I had surgery. We got back together and it was the best decision I’ve ever made.

He took me to a “video shoot” in Ballard for a church event. He told me to wear my favorite dress. But when we got there, no one else was there except a photographer! Ballard is special to us because it is where we had our first date and where we decided to become friends again after breaking up. He pulled out a letter from his bag and read it to me and then got down on one knee. It was the most beautiful moment! And of course I said “yes yes yes!!”

Home
>
Marriage Proposals
>
Madison and Alec
Proposal Videos
Check out some of our favorite proposal videos
Ring Quiz
Find the perfect ring for you!