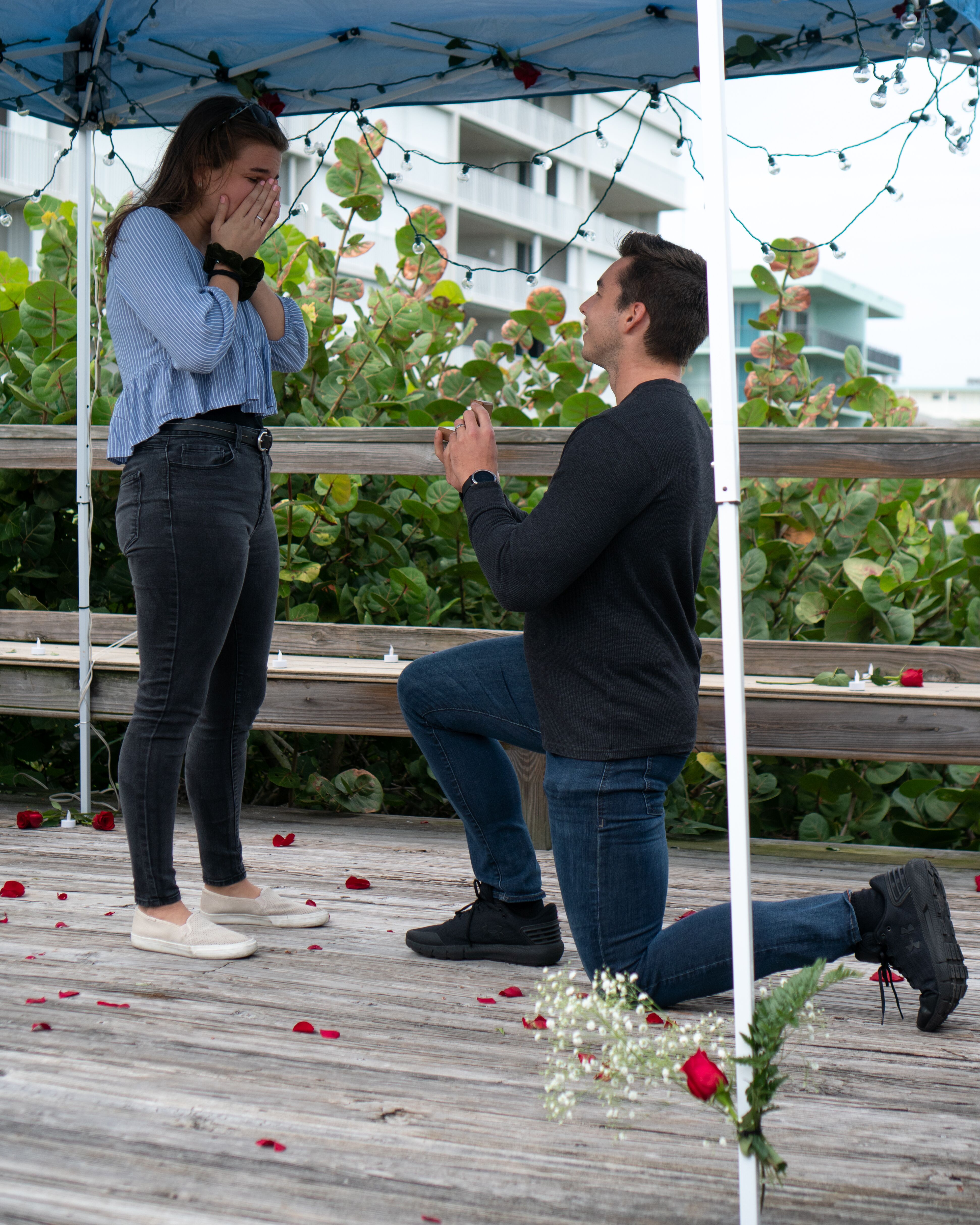 We met working together at a Chick-Fil-A. We like to joke that we were in a “chick-fil-ationship.”

I had known that a proposal was coming by the end of this year, so I was always on alert. However, he still managed to surprise me! We had planned on going to my brother’s house to celebrate his (my fiance’s) birthday with my family. A few hours before, he said we needed to go to his work (a cafe on the beach) for an emergency meeting-not unusual for that to happen on a Sunday afternoon. We are almost there and Scott asks if I want to pull over to “check the waves”- this is also not unusual for him as he is in love with surfing! My suspicions were through the roof, but I told myself it was nothing. But as soon as we stepped onto the boardwalk, I saw that he had set up a tent canopy with string lights, tea light candles on the benches, and red roses EVERYWHERE! This was quite special as he asked me out on the beach, and we had our first kiss on the beach. Then he said “When I asked you out, I asked if you wanted to make dating a regular thing. Now I’m asking if you want us a forever thing. Lydia, will you marry me?” Easiest yes I’ve ever given!

Home
>
Marriage Proposals
>
Lydia and Scott
Proposal Videos
Check out some of our favorite proposal videos
Ring Quiz
Find the perfect ring for you!