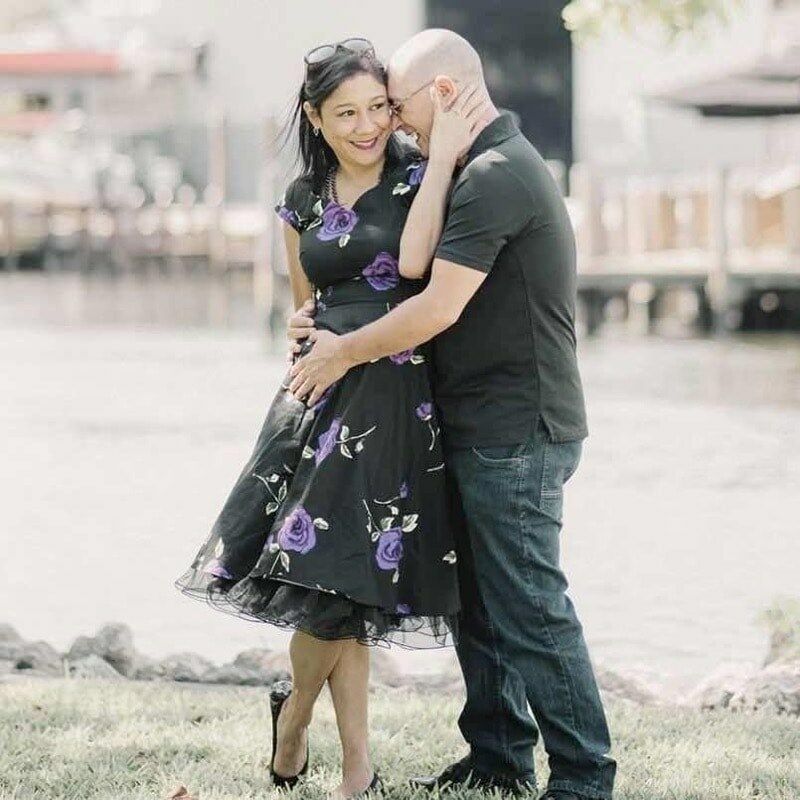 Both of us were hospitalized for different reasons… mine was a illness that gave me only 5 months left to live (which I beat) his was hit with a mortar in Iraq. My long time friend who is his cousin introduced us when we decided to go out for the first time since hospitalized . After that night a couple of days later him and I went out for dinner and drinks and we’ve been together ever since.

My favorite cartoon/video game character was Sonic the Hedgehog. We went to go see the movie and while previews were going he got management to record it on their phone while he proposed. The whole theatre applauded and I just about cried…

Home
>
Marriage Proposals
>
Lisa and Michael
Proposal Videos
Check out some of our favorite proposal videos
Ring Quiz
Find the perfect ring for you!