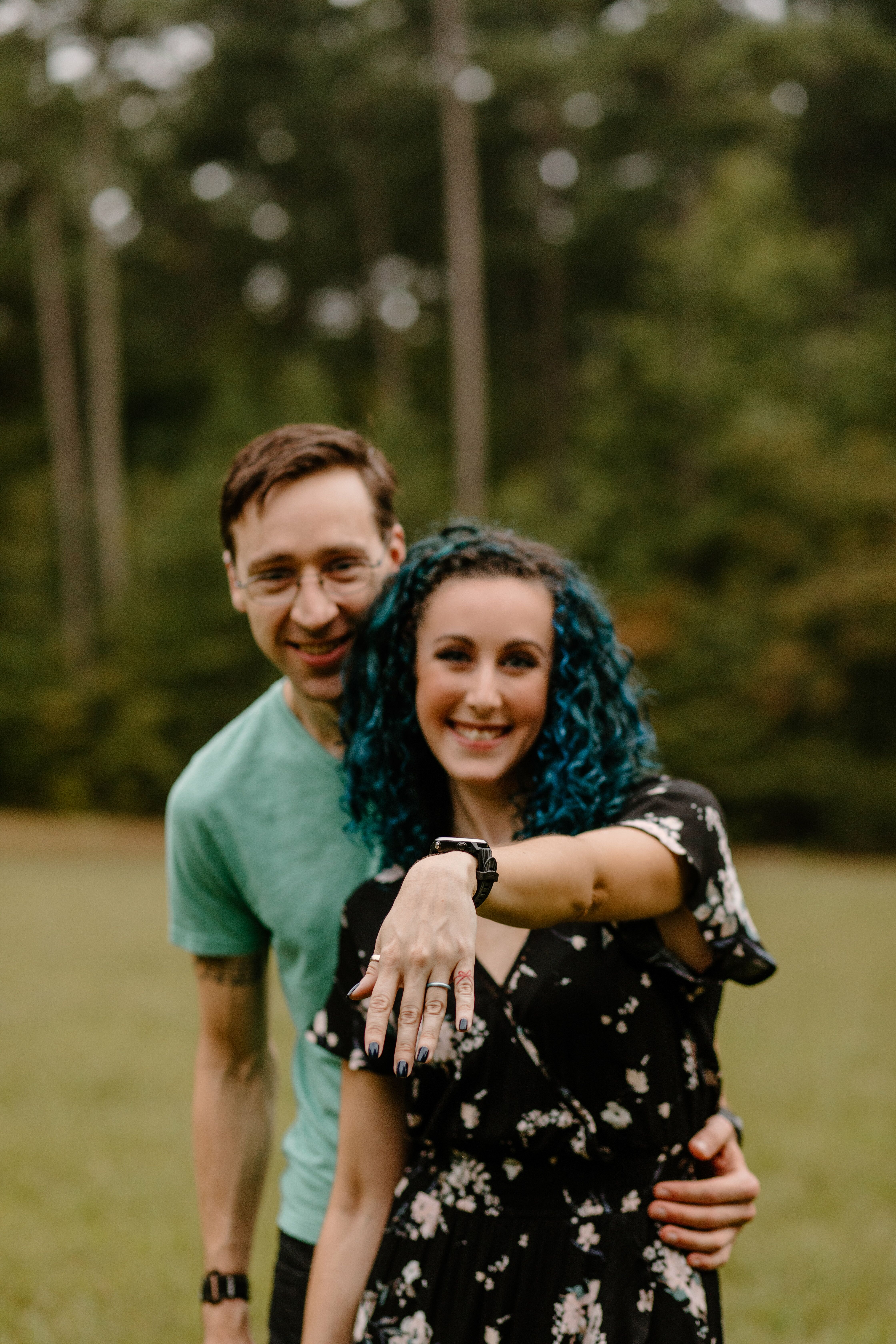 How Brian Tells It:

Two days after the Chicago Marathon in 2012, I got a phone call asking if I was looking for a job. The running store I was working at had just closed down I only had two weeks severance to help buy time to find something new.⁣

I put on the most professional outfit I had ready – a red polo, khaki pants, and Dr. Martin boots – and went in to chat with the Greene brothers. After the interview, Doug, the head of the company, asked the front desk admins what their initial impression of me was to which Lisa responded: “Well he was polite and said thank you before leaving, but he looked like a tool.”⁣

And that, ladies and gentlemen, is how the story of Brian met Lisa.

How Lisa Tells It:

I remember a guy with a red polo and khaki pants walking up to the front desk of Regus (the office leasing company I worked for) to let me know he was here to see Doug for an interview. It was part of my job to show people where to wait, offer them coffee and tea, be nice, etc. While this guy looked like he tried to be professional, his spiked hair, ear piercings, and tattoo peeking out of his polo, paired with the docs, just struck me as odd.

When he left, he got to the elevator, stopped, turned around abruptly and made a point to come back to the front desk to say thank you. After he left, Doug came up to ask what I thought. I was honest when I said, “He was nice, polite, but he seemed like he was trying too hard. He seems kinda like a tool.”

He was hired anyway and his first day I asked if he needed me to show him where he’d be working. He told me no, he remembered where the office was…and then proceeded to walk in the opposite direction.

When his coworker came in that day, he asked “So what do you think of my boy?!” to which I replied, “Your boy is an idiot.”

My ESA dog, Ryker, had been diagnosed with liver failure in the middle of September (this is a good story, I promise, but essential to the proposal!) and the vet told me he had days to live. When we found out, we had a friend come over and take family photos but the photos themselves just seemed so sad. I was glad to have them regardless, but then Ryker seemed to start doing better. About a week or so later, Ryker was doing better and better so Brian told me that he talked to our friend Caity (Caitlyn Nicole Photography) about redoing out family photos outside at the local park where we could get good shots of the dogs running and being happy! Caity told me to look “cute as hell” so I would feel good about the photos.

I had some suspicion but my sister (who had no idea what was going on) said “These are photos for your dying dog. Do you really think it’s the right time?” and I was on board with that thought process.

We got to the park and took photos all over the place. Caity was getting some great shots of the dogs running and tried to set up a shot where I would take the dogs at a distance from Brian, have them turn around and run to him. She set us up facing away from Brian so the dogs couldn’t see the treats and called “Go!” and we let the dogs go! I turned around to see Brian on one knee giving the dogs treats (not unususal) but he then STAYED on one knee as he said “you get something” and “you get something” to each dog, then looked at me and said “and YOU get something”. He quoted one of my favorite lines from “When Harry Met Sally”, said a lot of cute, cheesy things, put the ring on and we took a few pictures together! And then I realized…”Wait…you didn’t actually ask me!” So he had to get back on one knee and actually say the words “Will you marry me?” Obviously I said yes! He knew it was important to me to have the dogs as part of our special moment and 2 months later, Ryker is still with us!

Home
>
Marriage Proposals
>
Lisa and Brian
Proposal Videos
Check out some of our favorite proposal videos
Ring Quiz
Find the perfect ring for you!