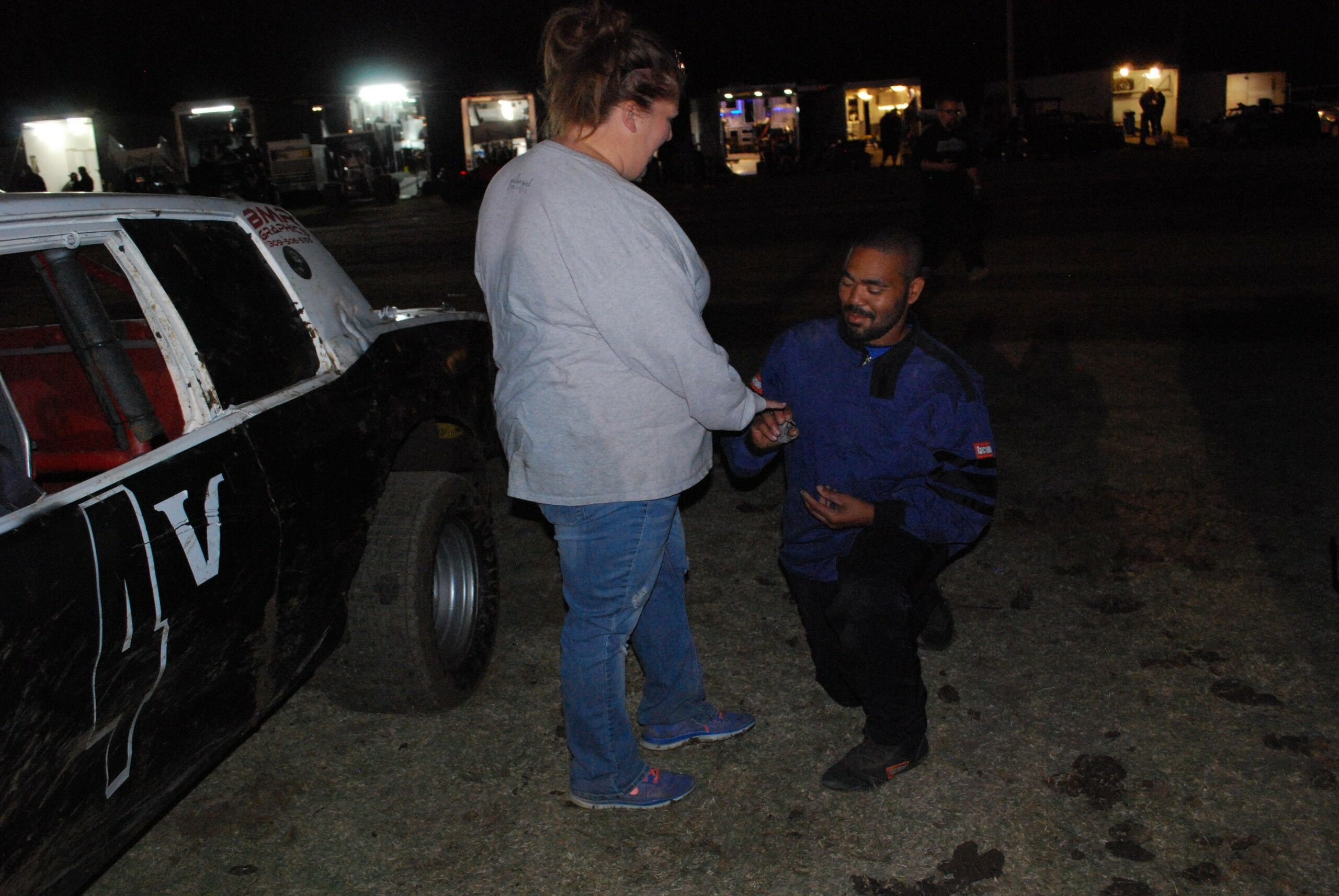 We actually met when I was teaching his son four years ago but unfortunately he was with someone at the time, so he set me up with his cousin, later I find out he did that cause he knew his relationship wasn’t going to last much longer and he was setting me up with his cousin so that I wouldn’t go find someone else. Then we saw each other at a basketball game and he was coaching his nephew and they played before my team and he said he wanted to see my daughter play and he was upset that she wasnt playing cause she had a broken arm he went up and asked the guys that was over the league of she could play if her arm was wrapped up. Then he informed me he was single and then it all started.

He races cars and we was at a race and he got done running his heat laps and when he got back to the pits he acted like he needed to change the tire on his car and he asked if I would bring the tire over to him and then he asked me, nothing was wrong with the tire. We was surrounded by our best friends and kids it was perfect.

Home
>
Marriage Proposals
>
Lindsey and Robert
Proposal Videos
Check out some of our favorite proposal videos
Ring Quiz
Find the perfect ring for you!