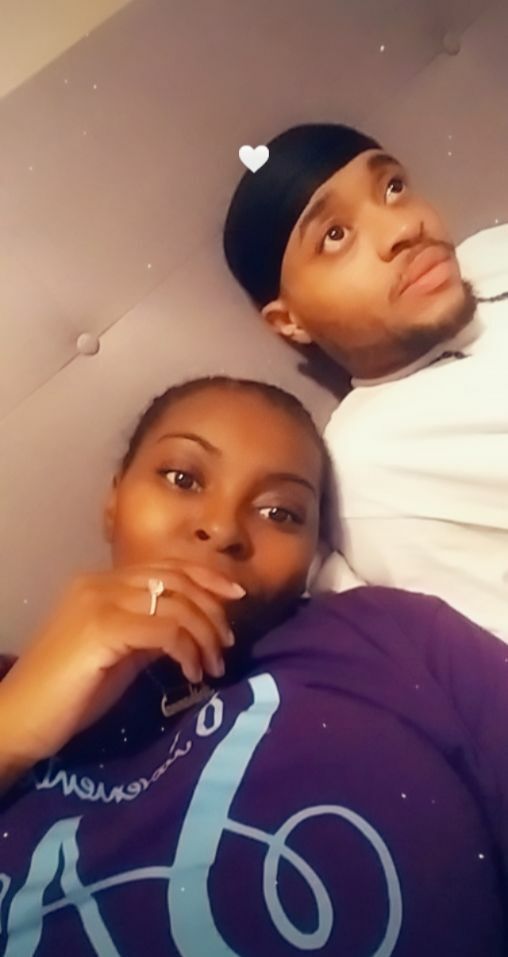 I was working at Jack in the Box when him and his cousin came through my drive-thru line, all the ordered was tacos. Ten minutes after leaving they returned and ordered more tacos, I remembered thinking “these tacos aren’t that good, somebody like somebody”… They left and came back for more tacos so I finally said “what y’all really want; nobody eats tacos like that!” And he was shy so they said nothing. Later that night they returned so I made the move because little did he know the feelings were mutual…gave him my phone number and we’ve been one since!

I got off work that night and my 3 kids met me at the door (as a distraction). I was calling for him while walking down the hall but he wasn’t responding (which was odd because he usually meets me at the garage when I get off at dark hours). I walked in the room and there he was on a knee…I was speechless so I walked back out the house without saying yes or no. It was a shock to me, real surprise because I thought I no one would ever want to marry me. Then reality hit and this was really happening; he had followed me out the door and kept saying “babe I’m sorry, I didn’t mean to run you off…I just thought we wasn’t love; I’m sorry”…finally I stopped and said yes. At this point he wanted to redo the proposal but it was no way I was taking off my beautiful ring!

Home
>
Marriage Proposals
>
Lashera and Gregory
Proposal Videos
Check out some of our favorite proposal videos
Ring Quiz
Find the perfect ring for you!