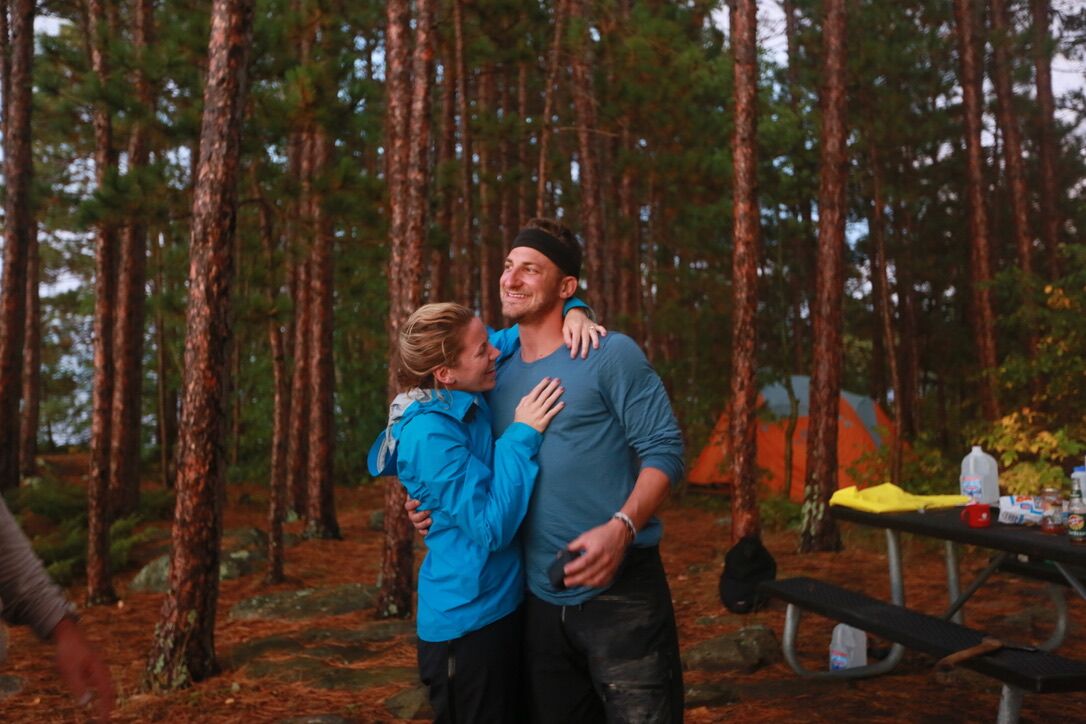 This may sound cheesy or cliché, but it was honestly fate that we met. Let’s rewind to August of 2016… it was a warm summer day in downtown Boston and Joe was in town for a job interview. Lacey was the first person Joe encountered upon entering the office and her first impression of him was that he was a “sleazy sales guy” based on the three-piece suit he was wearing in the dead heat & humidity of Summer. His first impression on the other hand was the exact opposite. He thought she had a nice smile and a great set of marbles (ask us what that means at a later date.) Fast forward to October and it was Joe’s first day on the job. Lacey was giving a presentation to all of the new employees and reference to the group that her favorite food truck was The Cookie Monstah truck. Joe slyly went in search of it during lunch that day, but unfortunately came back empty-handed. That didn’t deter him from playfully striking up a conversation with Lacey when he got back, apologizing for coming up short. After that, some friendly banter began; first via email and then the conversation moved to Skype (yes, you read that correctly.) After many attempts at procuring Lacey’s help with “showing the guy from Minnesota around town,” Joe succeeded and a short four weeks later we were on our first date downtown at a speakeasy called Yvonne’s. Not wanting the night to end, we found ourselves eating late-night pizza down by the water. Shortly after we scarfed down a whole pizza, Joe told me “I’m going to date you” to which I responded with a laugh and some backhanded comment, but as you all know he was right because now we are getting married in 4 months!

My fiancé’s best friend owns his own business in Northern Minnesota, so every year he does a guys fishing trip. Last year he decided that it would be cool to include me on the trip, so we made plans to go. I ended up staying with his friend’s wife and doing our own girls’ trip while he went and fished for 5 days with his friends. Neither of us had cell reception the whole time and we obviously weren’t able to see each other. Our last weekend there, we all planned to come together and camp on an island in Voyageur’s National Park. We got back together that weekend, but the weather ended up taking a turn for the worse so his original plans of creating a romantic dinner were out the window. Instead, we took shelter in our tent until the rain passed and then ended up hiking to the far side of the island to catch the amazing sunset. While we were sitting on a rock talking about our respective trips, he asked what my favorite gear to have was on the trip. I said my rain gear (because I hate getting wet!) and as I was telling him why he pulled out the ring and got down on one knee! He said a lot of nice things (only some of which I caught because I blacked out LOL) and then I asked if he was sure, he said yes then I said YES and the rest is history :)

Home
>
Marriage Proposals
>
Lacey and Joe
Proposal Videos
Check out some of our favorite proposal videos
Ring Quiz
Find the perfect ring for you!