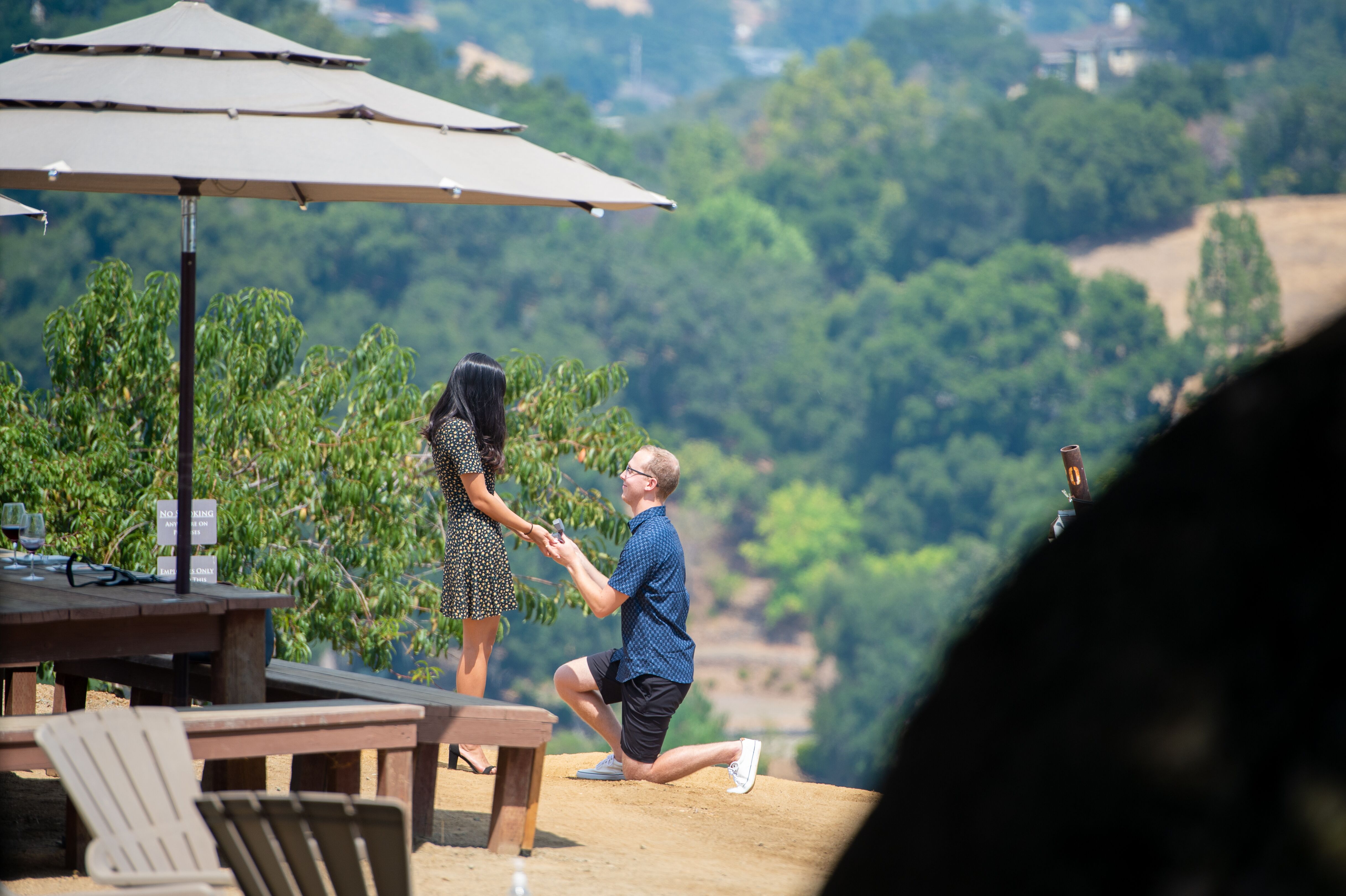 We first met in the student union in college where I was starting my master’s program, and he was finishing up his last semester of his bachelor’s. We recognized each other from volleyball league, but we didn’t know each other’s names. We had a 30 minute conversation that didn’t result in phone numbers being exchanged, but a few days later we found each other on Facebook.

Michael spent a lot of time planning a beautiful vineyard proposal that was difficult during shelter in place. He had to sign up to become a wine member at a vineyard in order to book a tasting for a weekend day and had to call multiple times to make sure our extra person ( a professional photographer he hired) could go. Our two friends snuck away after he gave them the hint, and he asked if I wanted to check out the view while they were gone. Before I knew it, he was down on one knee asking me to spend forever with him. I said of course!

Home
>
Marriage Proposals
>
Krislyn and Michael
Proposal Videos
Check out some of our favorite proposal videos
Ring Quiz
Find the perfect ring for you!