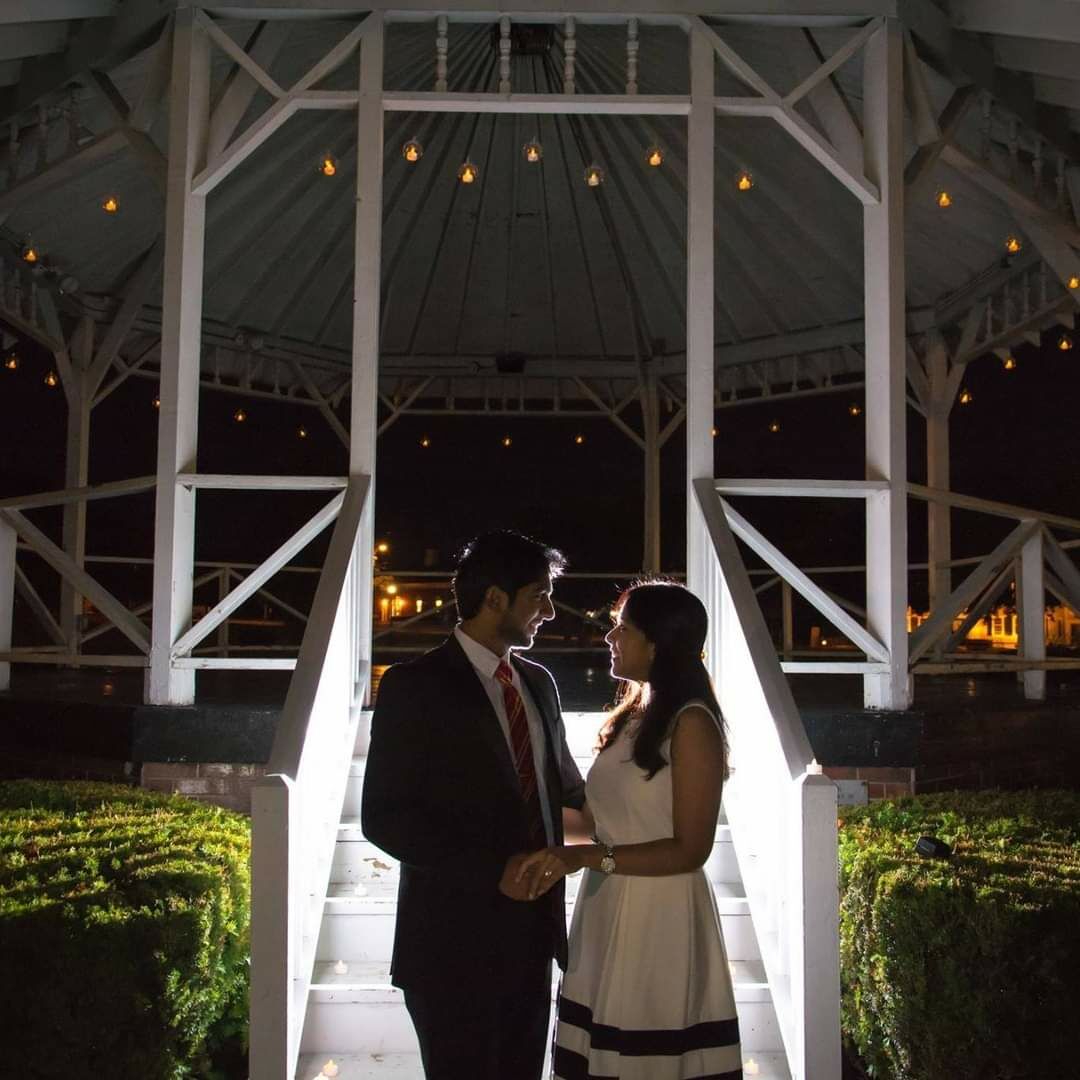 We met in Medical College in India, and while met through mutual friends, and became close friends before I finally took the leap and asked her out. Which was a serious change to our relationship from friends to a couple. And we have been together since. We just celebrated 11 yrs together a couple weeks back and are very excited to finally have a wedding date set for April 18, 2021. We cannot wait to spend the rest of our lives together now!

I had her believing she was helping plan her sister’s proposal, while in reality she was unknowingly getting a manicure, getting their hair done and everything for her own proposal. I flew out to Boston from my home in Houston the night before and was staying in a hotel just 10 mins from her home. She even called me a few times to tell me about how her (now) brother-in-law had them go to get a manicure, and more than once she asked me if this was actually my doing lol. I convinced her there is no way it was me since I had just visited her 2 months before and even sent a pic (i had taken ahead of time) with my nephews saying I was staying at over at their house (in Houston). It was only when the limo pulled up to the park in front of the gazebo, and the limo driver handed her a ‘ticket to platform 9 3/4’ that she realized and saw both her sisters smiling at her and the gazebo at the end of the walkway lit up with floating candles.

Home
>
Marriage Proposals
>
Kevin and Jelty
Proposal Videos
Check out some of our favorite proposal videos
Ring Quiz
Find the perfect ring for you!