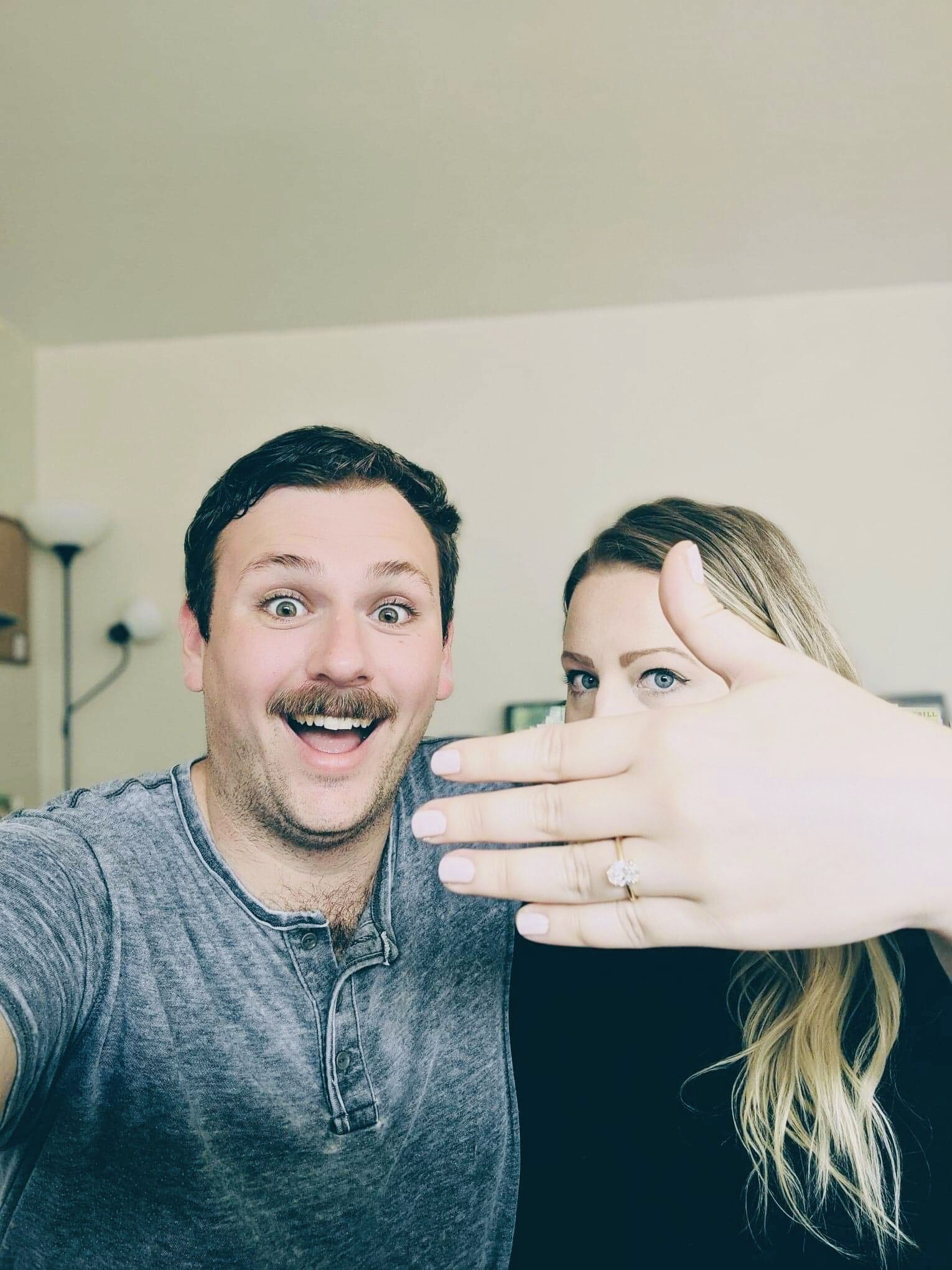 On a random Monday evening my fiancé suggested we watch the movie Titanic, not so strange, I love the movie and am a huge Leo fan. At the part right before Jack asks Rose if she “wants to go to a real party” at the top of the stairs—the best part—Jack starts talking directly to me in the movie, saying that he (Leo) was my first love but he has to follow Rose and that my fiancé (Jesse) is the man for me. My fiancé had hired a Leonardo DiCaprio voice actor (which you wouldn’t think would be a thing but he was very good) and wrote him speech that he dubbed over the dialogue during the movie. It was so thoughtful and romantic, but also a little terrifying because you don’t expect a character in a movie to start talking to you! It was the perfect pandemic proposal, just us, our dog and Leonardo DiCaprio. To making it count!

Home
>
Marriage Proposals
>
Kayla and Jesse
Proposal Videos
Check out some of our favorite proposal videos
Ring Quiz
Find the perfect ring for you!