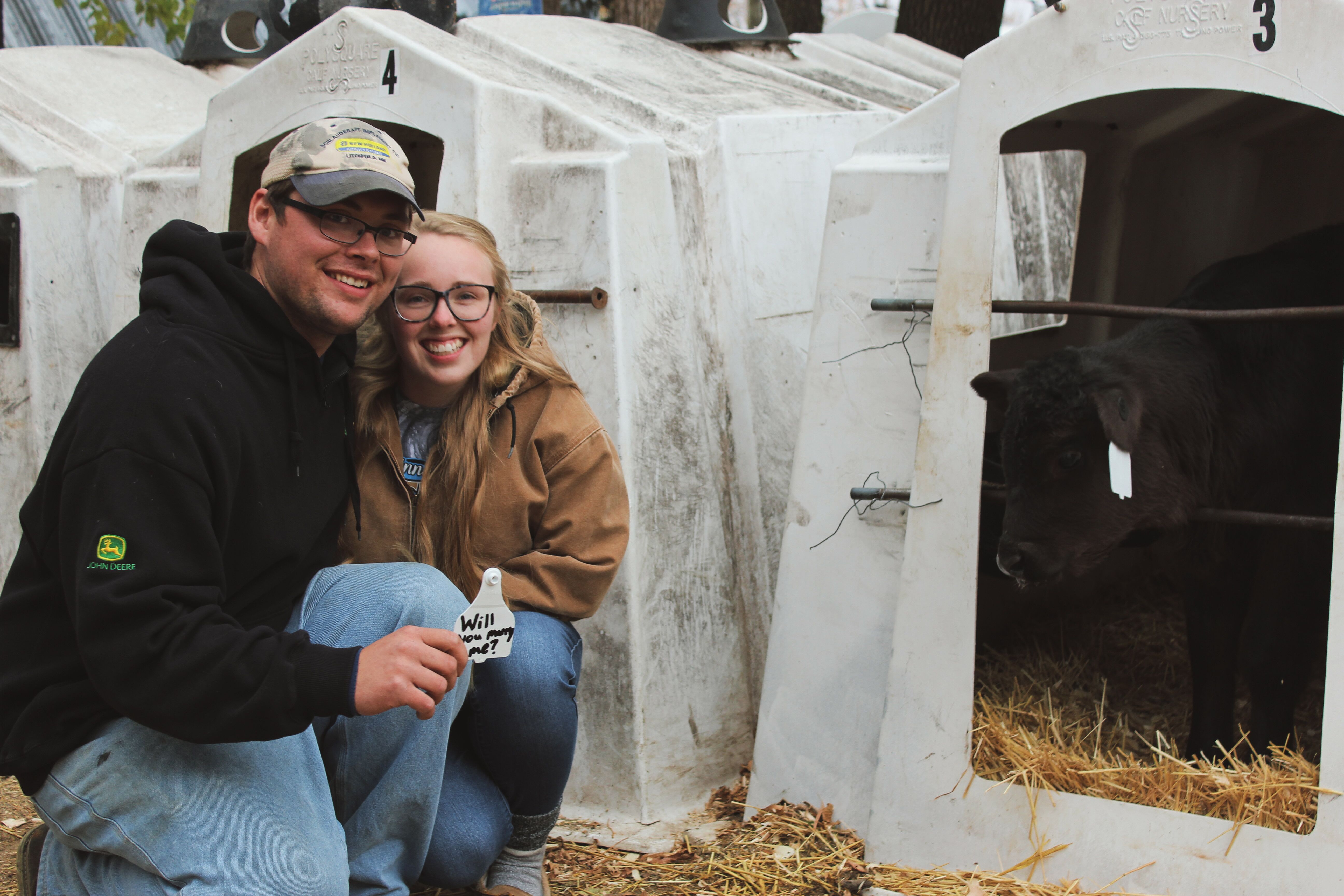 We are high school sweethearts and met in the middle school band class. We became closer friends through 4-H, FFA, and band.

While dating, we spent a lot of time helping each other on our families’ farms. A common task that is done on both farms is tagging calves. It was the middle of harvest, so I went to spend the day riding along in the grain cart. They were finishing chores on the farm when I arrived, so my now fiancé told me I was going to help him tag calves since he always helped me tag my calves. I thought nothing of it, but on the second tag he handed me, he had written, “Will you marry me?” By the time I realized the writing wasn’t just a number, he had the ring and asked me to marry him!